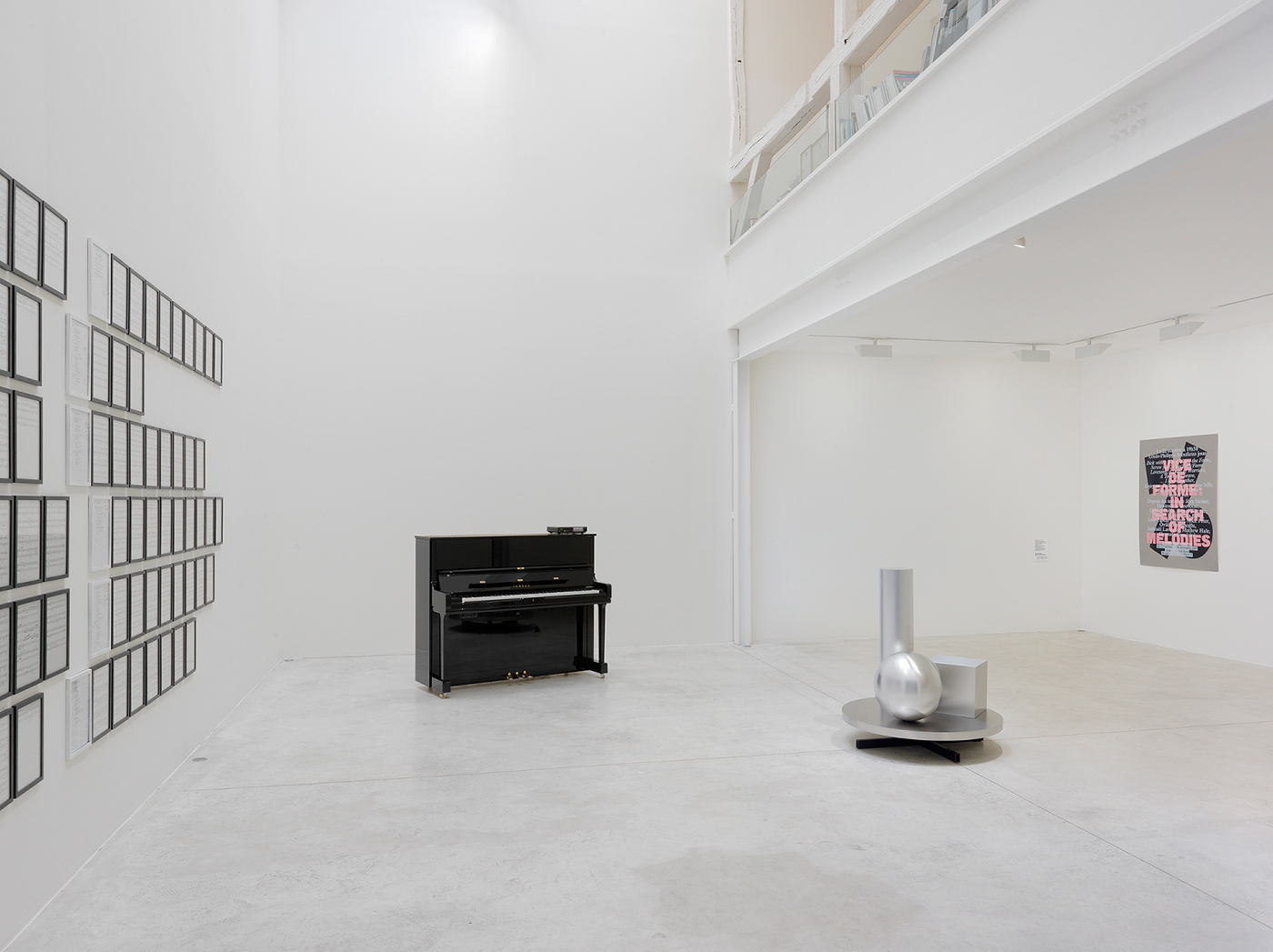 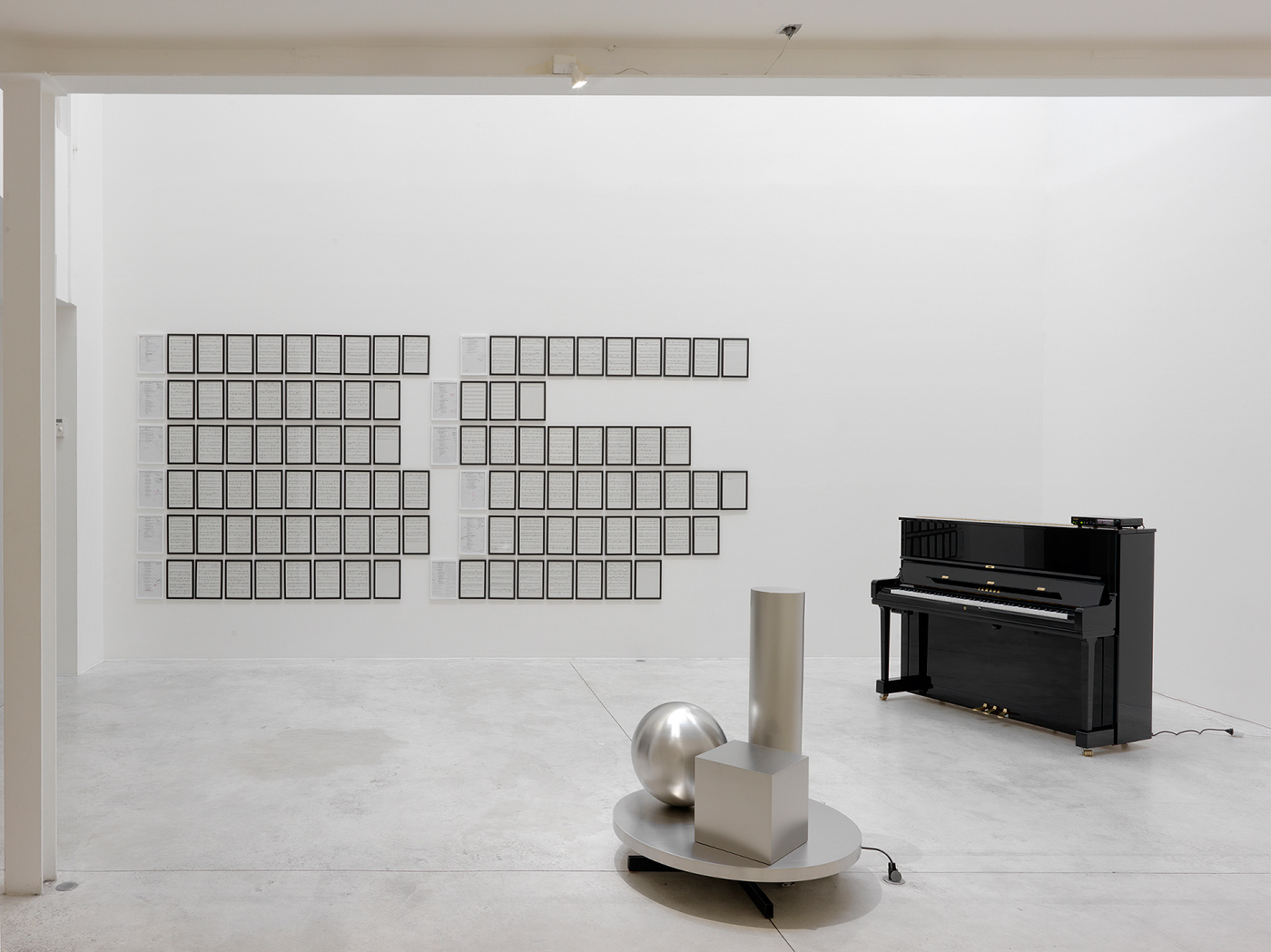 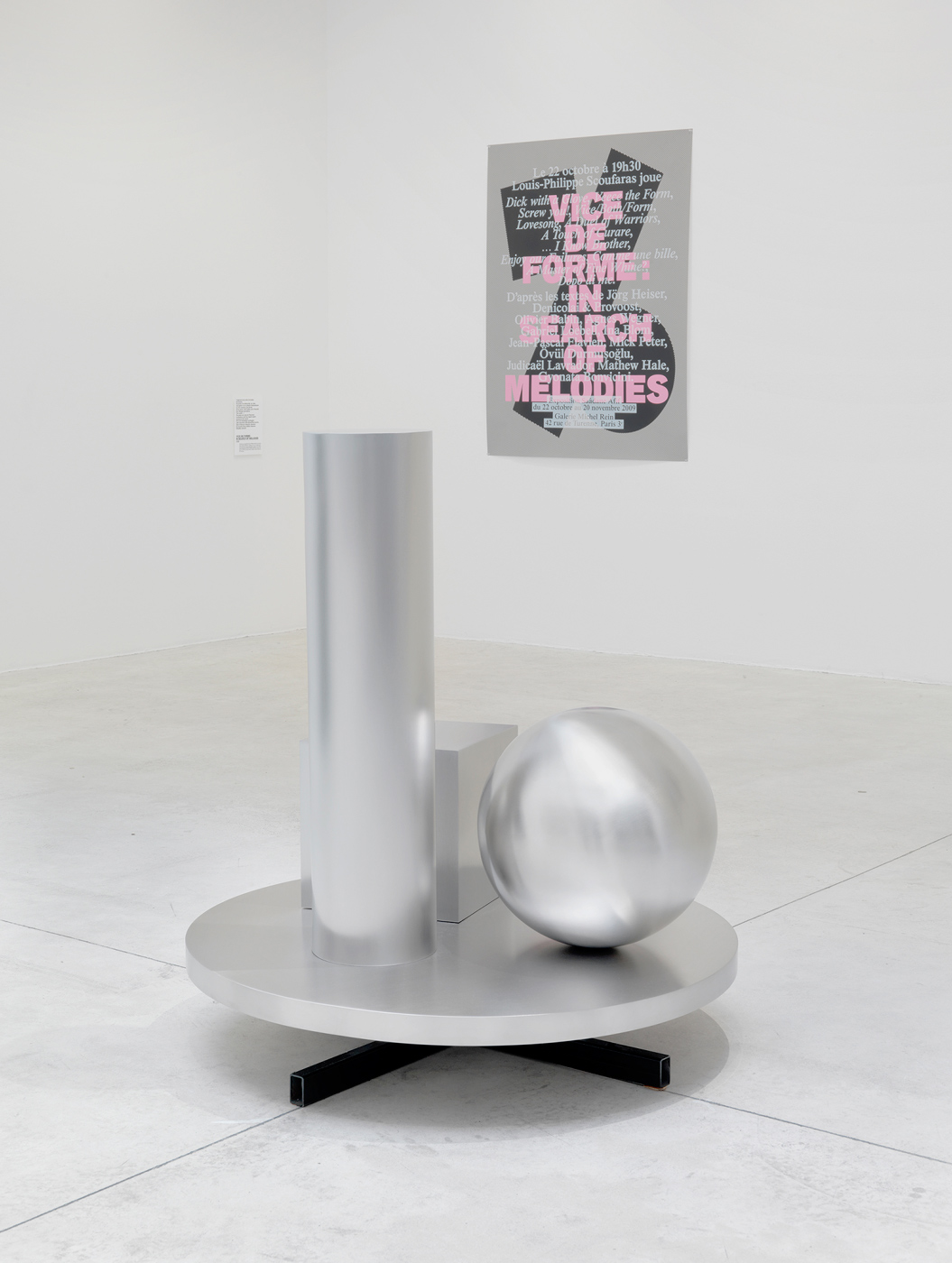 Saâdane Afif presents Vice de Forme : In Search of Melodies (2009) , the result of a formal and musical research. The invitation will be launched from the FIAC for the occasion of the artist's nomination for the Prix Marcel Duchamp 2009.

To create this sculpture, Vice de Forme, Saâdane Afif chose to reconstruct the dialogue between a caricature of a nuclear power plant by Reiser (1974) and the suggestive work by Man Ray entitled Presse Papier à Priape (1920). A first version of this sculpture in marble was presented last Spring in Berlin, completed with song lyrics by 12 artists, musicians, writers, and art critics written for the work. Jörg Heiser, Denicolai & Provoost, Olivier Babin, Agnes Wegner, Gabriel Loebell, Ina Blom, Jean Pascal Flavien, Mick Peter, Övül Durmusolu, Judicael Lavrador, Mathew Hale et Gyonata Bonvicini have thus complied to the rules of this interpretive game that Saâdane Afif sets for each of his exhibition since Melancholic Beat in Essen in 2004.

Vice de Forme : In Search of Melodies is the continuation of this first Berlin opus which launched the composition of these 12 texts. With by his accomplice, Louis-Philippe Scoufaras, on the piano, Saâdane Afif sought possible accompaniment for each. These rough snippets of songs form the base of this new work presented at the gallery Michel Rein. They will be played for the first time during the opening on a keyboard. The performance of these songs still in progress with the ineluctable hesitations, maladroitness, and raw enthusiasm will be truthfully recorded by a mecanical instrument. This performance marks the acme of this rigorous creative process ; the instant when the spell is cast. Progressively filling the exhibition space, the performance give its meaning to the ensemble of the piece.

The piano, nth of these sculptural vanities defying time, will continue to inhabit the space, rendering in loop these odes, offered to the Vice de Forme; the muse-object. Winded by the live performance, this melancholic sculpture with its elementary forms will last for the duration of the exhibition.

Saâdane Afif thereby produces the rare and fragile spectacle that is the birth of a form. Welcome to the struggle where the often contradictory forces shape this precarious equilibrium necessary to the appartition of a work of art. Using a singular shortcut, he presents simultaneouslty the moment of its interpretation.

Half-juggler, half-weaver, Saâdane Afif plays with the shapes and ideas, organising them within the constantly renewed formats, materialising or dissolving them over the course of his exhibitions. The artist contains his experiences, crystalises the multiple steps of the creation process while preserving the mystery. The enigma has become his signature. Each exhibition reveals in turn the emerged and immerged side of an iceberg, examining every facet.

What remains form the works ? Some expositions of ideas, some technical specifications, some documentary images, some descriptions, some signature, some wordless melodies of which the jingle will hammer the viewer's mind as the light marks the eye with a fleeting retinal persistence.

Vice de Forme : In Search of Melodies, a poetic and radical oeuvre, is a live structure, rethorical figure, open chapter, required step to the piece dedicated to other learned fabrication defects.