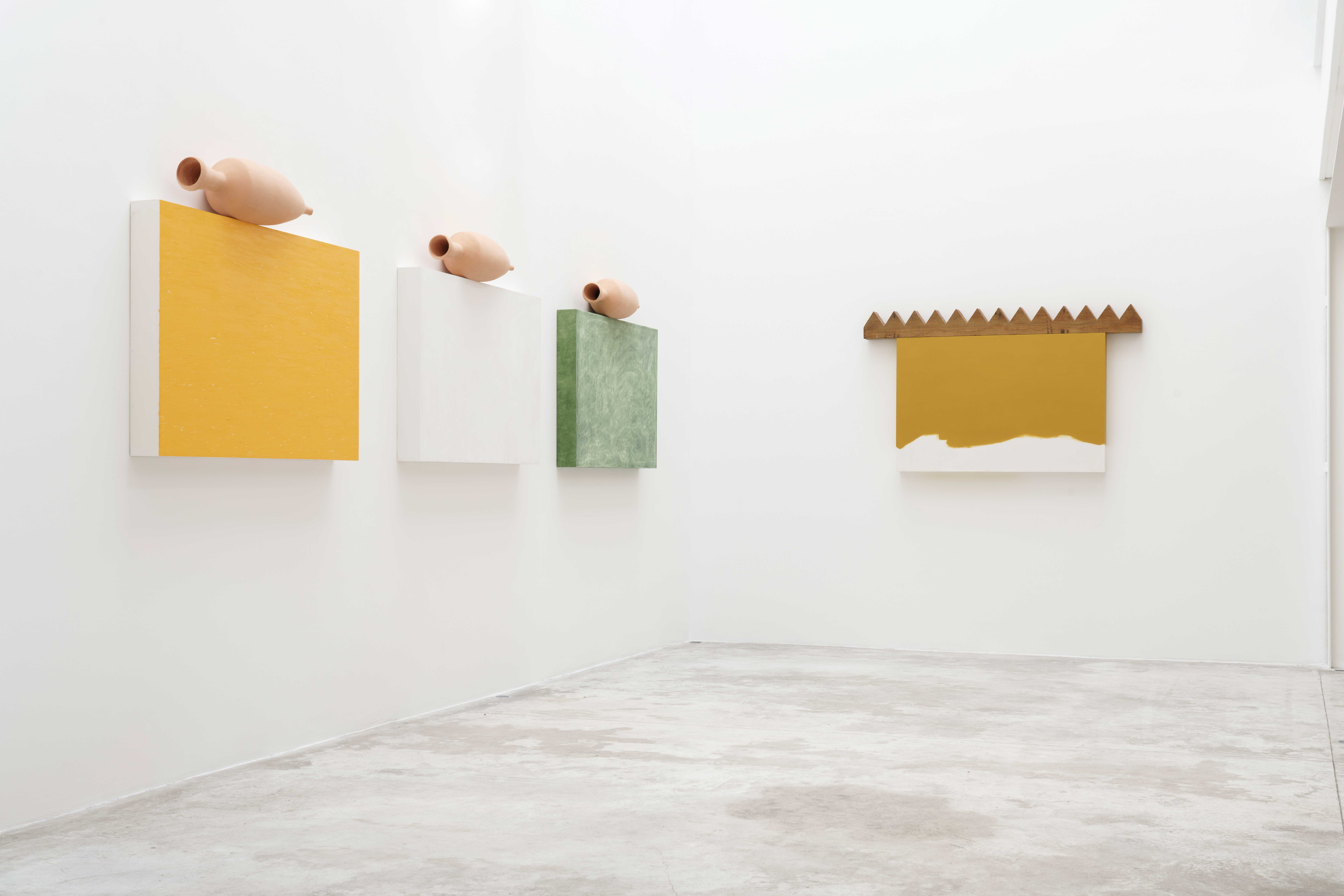 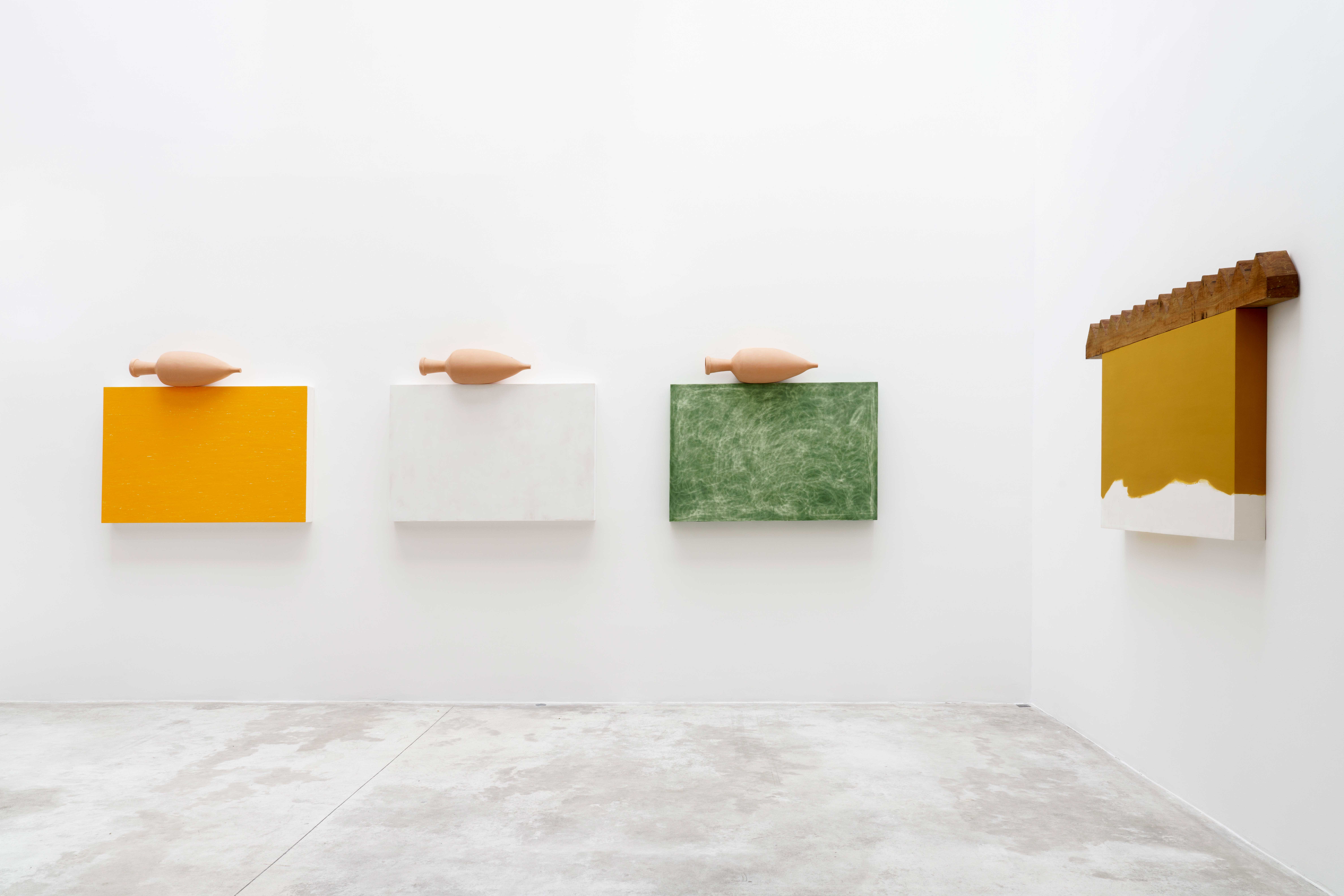 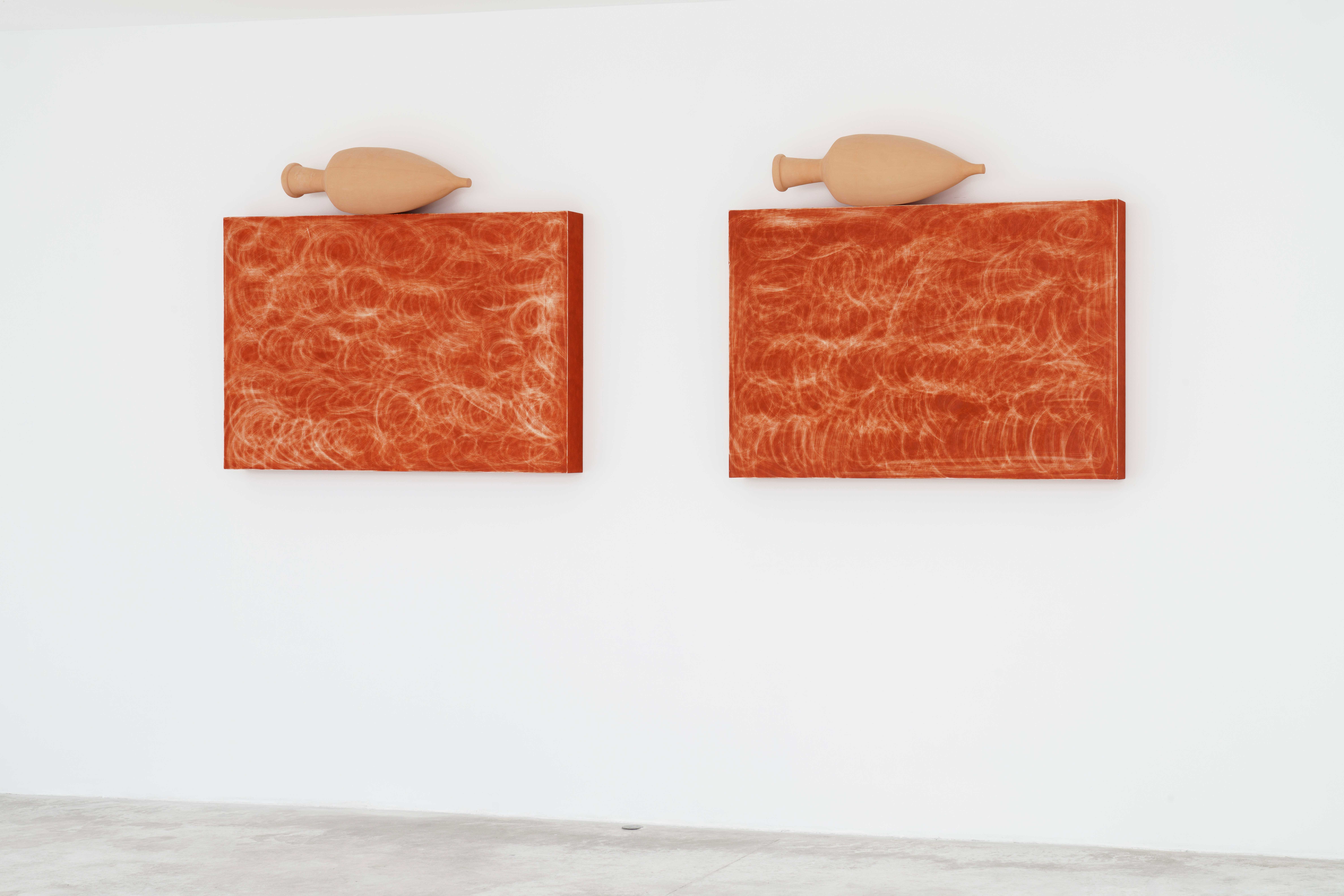 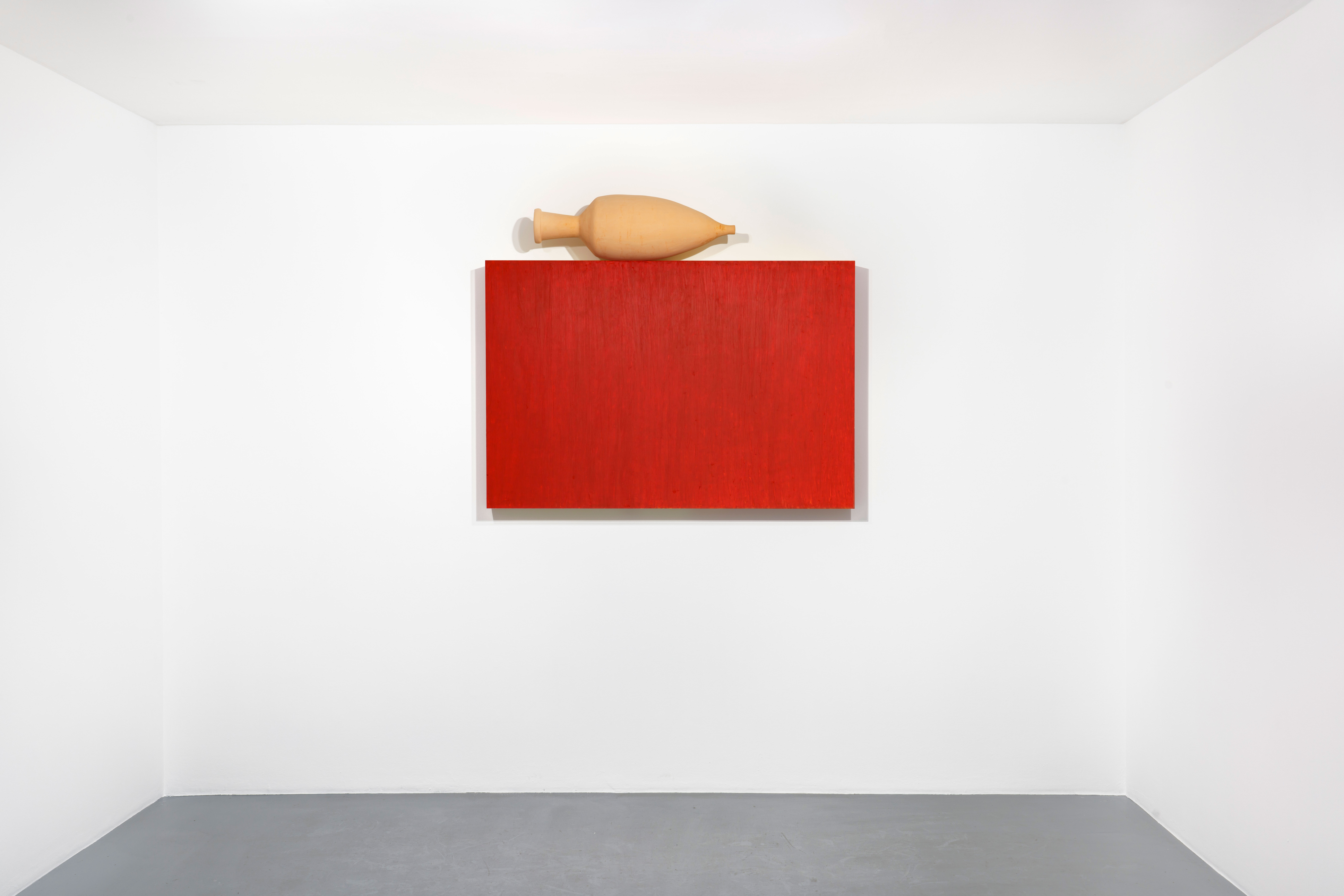 A wooden caisson coated with a pictorial surface awaits no image, but objecthood. One is crowned with a cornice, there where triumphal crowns of the Victoires lay; as for the remaining, bases to resting amphorae, evoke the winged allegory. The title of Edgar Sarin's pieces hints towards a folkclore.

At the opposite of objecthood, Hanna Arendt considers arthood as an isolated status which provides that lasting characteristic.

Embodying this interpretation that so particularly resonates with our critical times in regard to the environment, the artist works with traditional and natural materials that contribute to build an "écologie du geste". Known for its solidity against the odds of time, egg tempera covers the surface of some wooden caissons, while others are painted with oils.

The amphorae made of faience are at this moment being produced within his exhibition objectif: société at Clamart's Chanot Contemporary Art Centre; while the cornice - a pattern to be also found in other series  - has been sculpted in oak, varnished in olive oil. In a sense, it materialises the idea after which the artwork, thickened by its potential or dreamed immorality, contributes to the constitution of a stable and an related world.

The Victoires express tension through the repetition of a procedure. Pictorial surfaces reveal a chromatic search. The green (Bretonico) and red (Ercolano) frescoes have been dabbed then scratched with concentrical swipes that reveal the gesso ? the primal layer ? and the wood ; willingly unfinished, Citron shows on the foreground or background depending on one's adopted point of view, a white solid surface. The project is predefined, yet the execution of the program - because of the technical choices - lets an unplanned and painterly gesture appear. It marks, sometimes inscribes or alters materials, and thus reveals its depth, palimpsest-alike.

Above these coloured spaces, the amphorae - flowing objects but here definitely fixed - originate from an industrial arts and crafts.

There is in Edgar Sarin's pieces the narration of a technical epopee. We are the lucky witnesses of an attempt to systematise that has been voluntarily aborted, that updates the debate on technical gestures in relation to being.