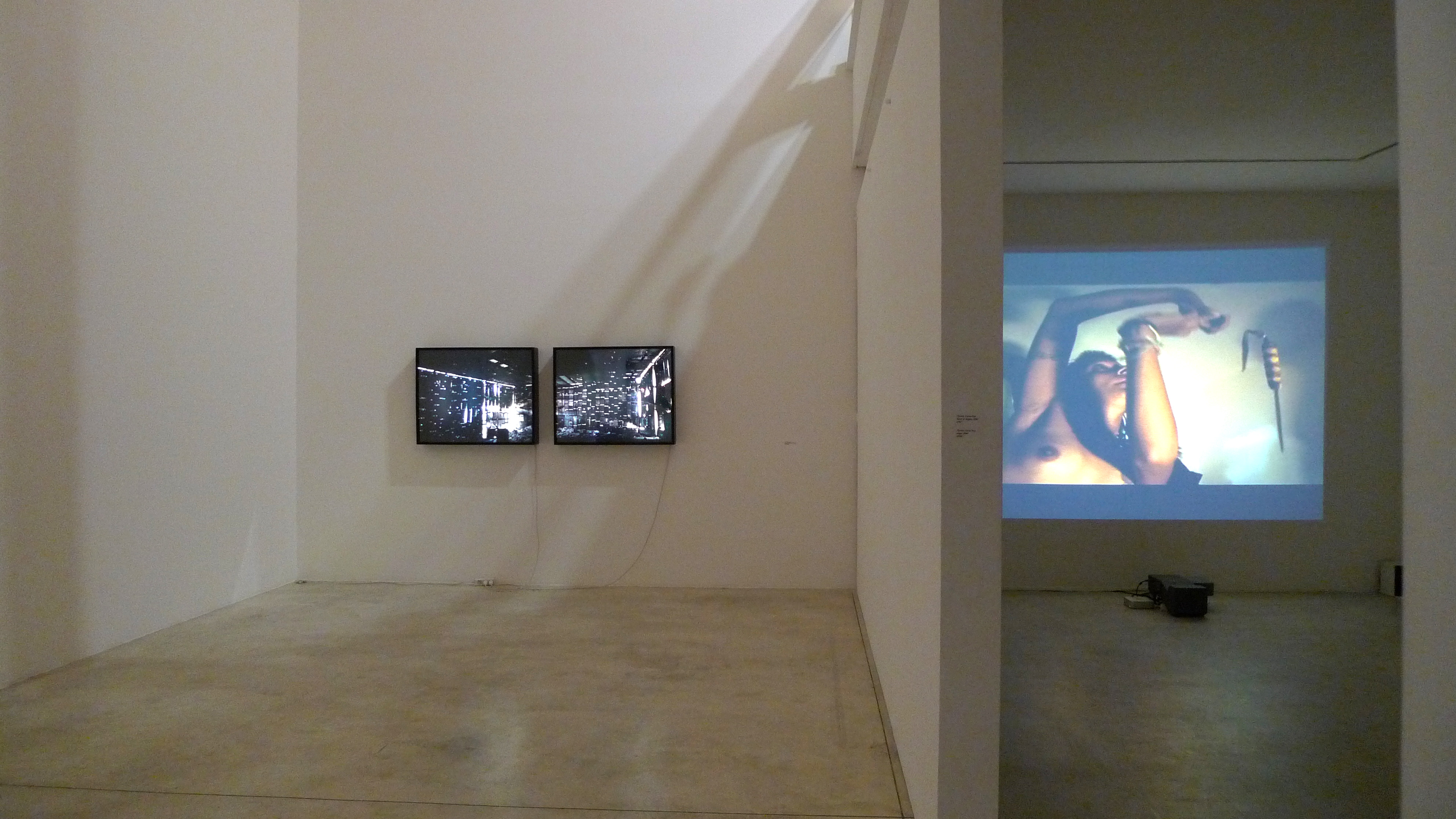 "I have the blood to kill a cow but not a dog! In a rapid and confident gesture, the butcher rips the bull’s balls and re-runs the blade through his sharpening knife. Two large white egg-shaped pieces bounced on the blood-stained floor before landing double-quick in the hands of a young girl. She wears a red T-shirt on which you can read the name ‘Jorge Hank’, Tijuana mayor, to whom she speedily brings the two semence gourds, his favourite dish. It’s good for sex… his 19 children are the living proof of it. Jorge is my mate, at least for all of today. So this time no one is going to mess with me, you don’t want me to film the dead bulls?! Fuck you! Today I am out with Jorge Hank. You don’t want me to lurk at the muchacha’s nice legs waddling on the scales?! Fuck you! I am a mate of Jorge Hank, and today there won’t be  any piece of meat in the whole of Tijuana that I will be refused.

On the red bus of his campaign to become governor , my pal offers me a glass of his famous tequila, made just for him from scorpions, lion’s limbs, snake’s venom et bear’s sperm . His strenght comes from it and from his love for animals. Jorge also makes weird dreams in which he is a red female caiman, of the same color as his cardi, giving birth to red baby caimans. Jorge dreams giving birth, knowing what it feels like to have inhabitants swarming around in in his big round belly. He knows he is not this red monster who reddens the street with the blood of the journalist who don’t like him. Him, he wants to give life! Alicia, the assistant with the swollen breast, pours another glass of tequila. Jorge sips the alcohol while eyeing the desert of Baja California when suddenly one of his campaign poster spits it bright red color onto the desert. « When I’ll be governor of Baja California, everything will be just like in Tijuana… all will be female… all will be red…».

Ingrid Hernandez is a photographer friend of mine who lives and works in Tijuana. For my solo exhibition at the Michel Rein gallery, I wanted to present her work alongside mine. In particular, one of her photograph where a starry sky in which one wants to lose oneself in ; the sky of Tijuana, this city that Ingrid loves, loves as much as one can love one’s most evil offspring. Moving on from this celestial vault one enters a forgotten space where those who have fallen from this very sky arrive. These stars, then give room to a myriad of pierced holes in the metal sheet; small leaks of lives where light comes through, unless it is once more the story of this city written in blasts of AK47. I like to see in this image the whole of Tijuana. All these uncertain lives that waver between a sky in which one must believe in so as to exorcize the violence of this terrestrial life."