Travailler plus pour gagner plus 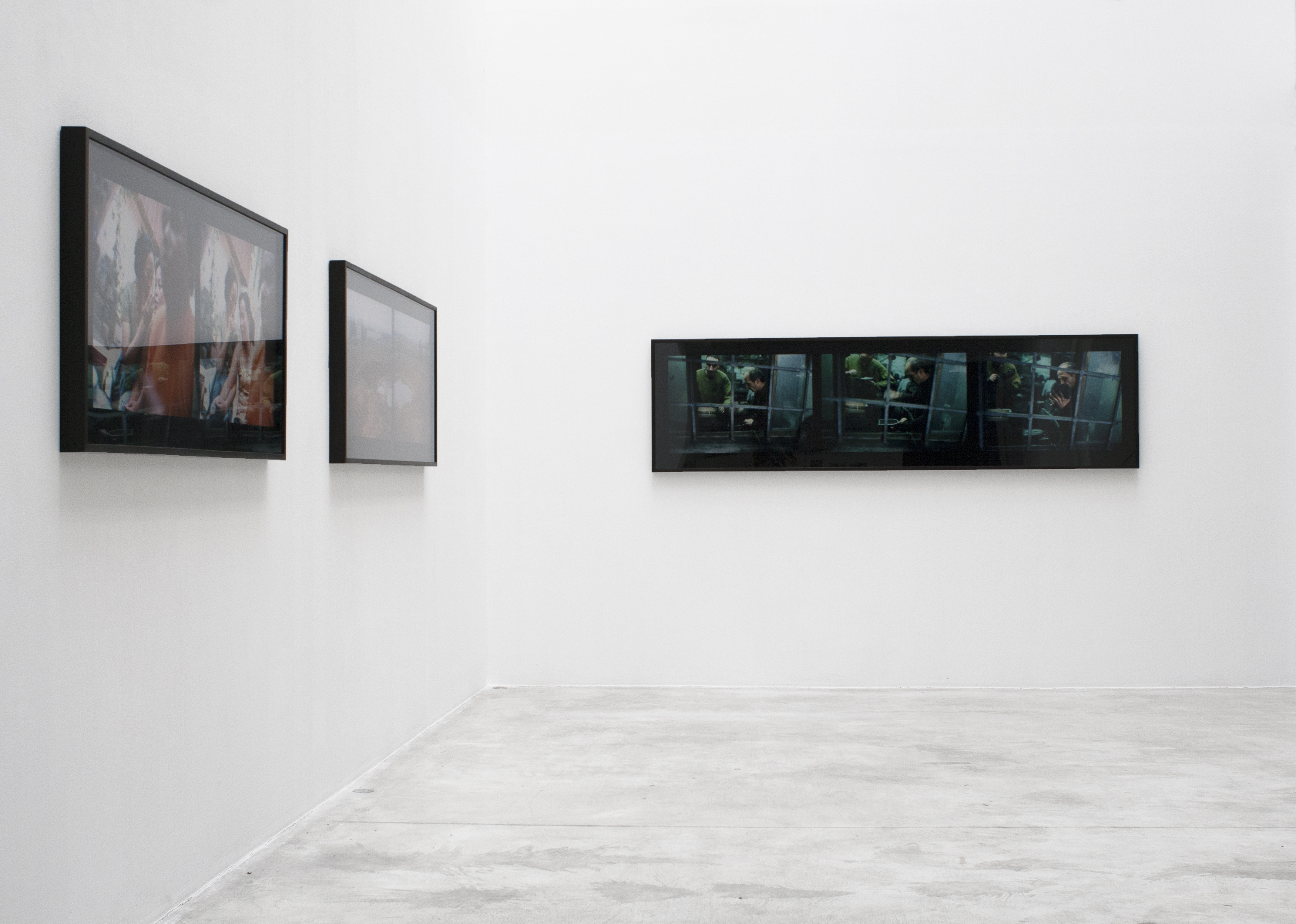 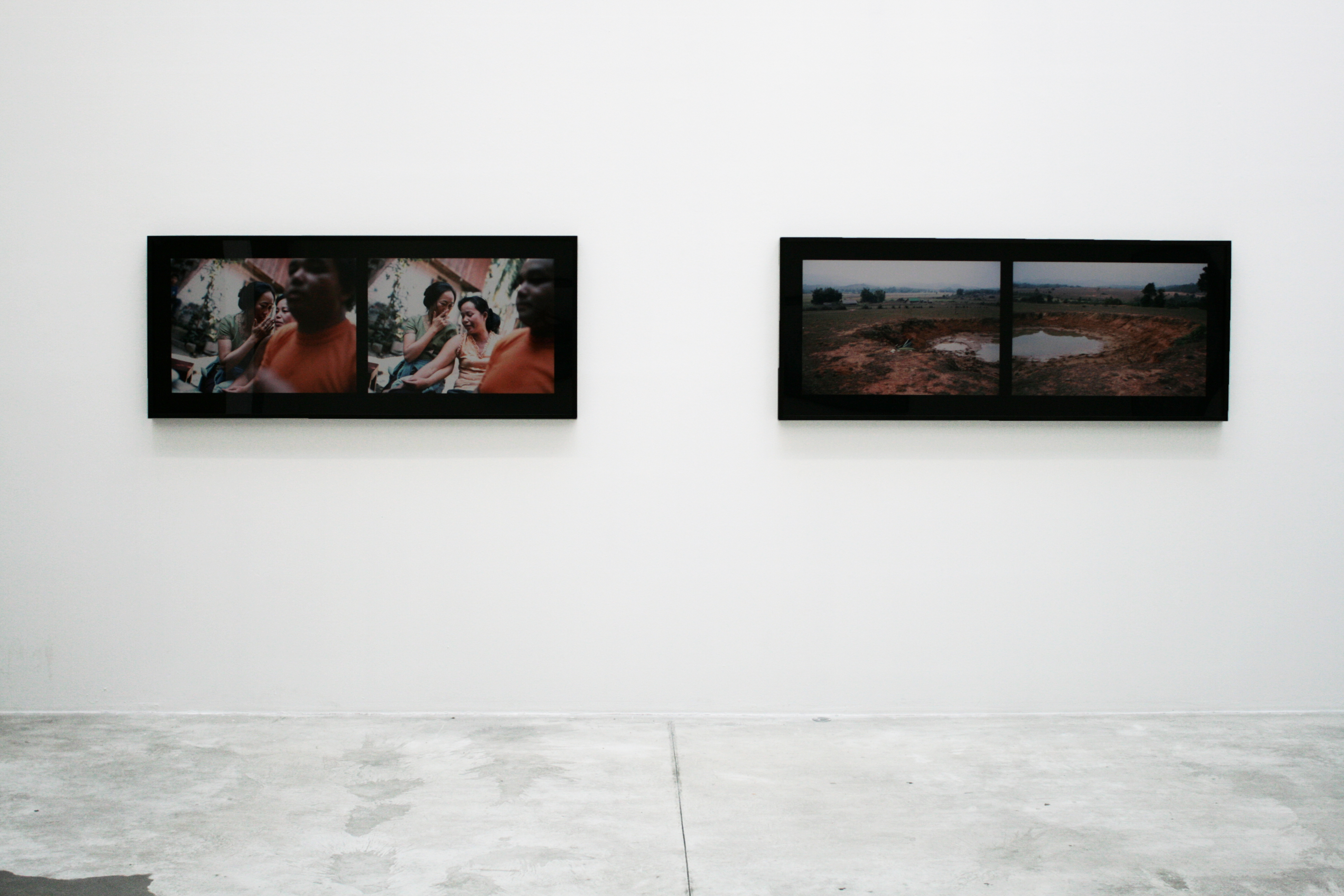 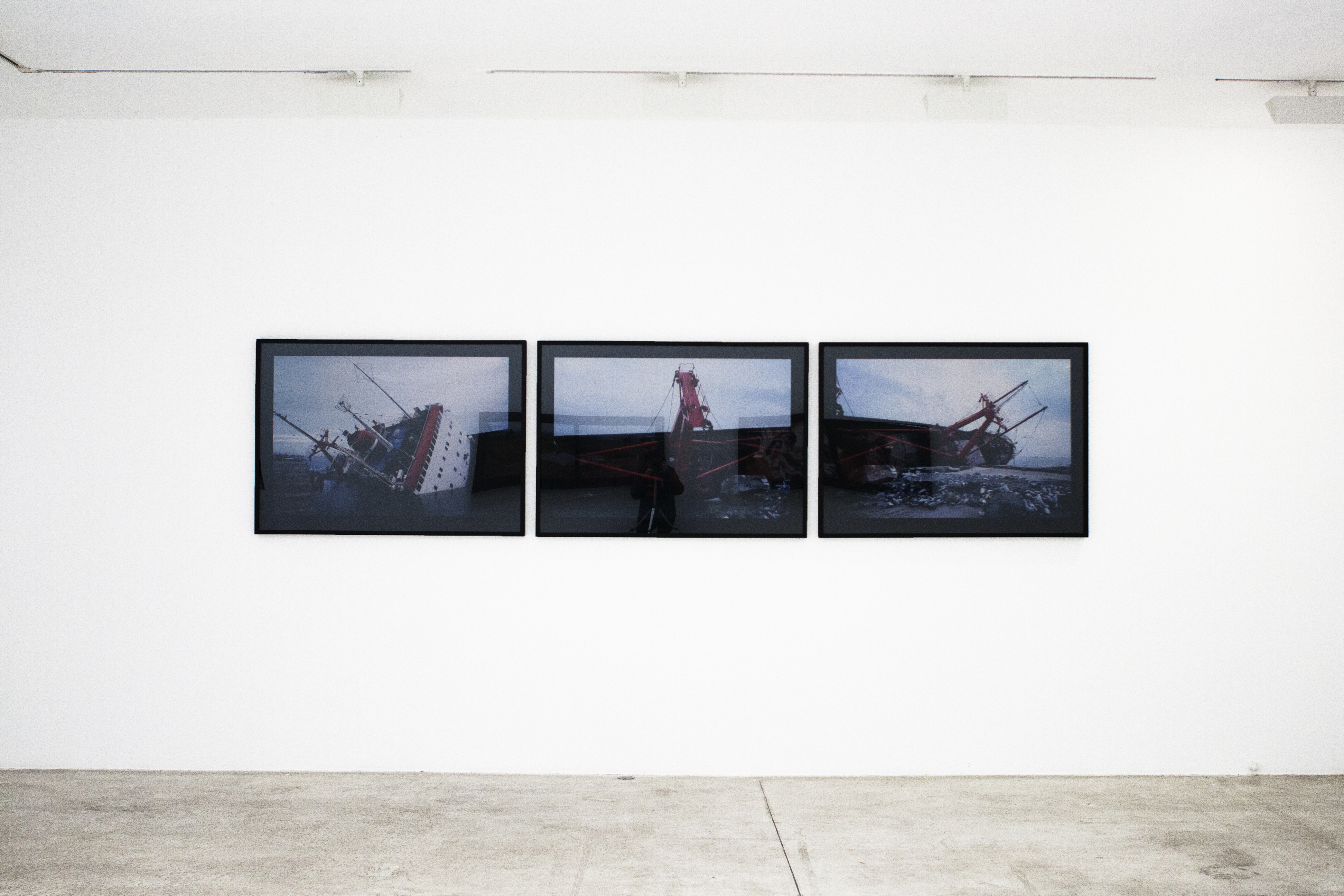 Michel Rein Gallery is happy to present Allan Sekula's fourth solo show at the gallery. Allan Sekula's recent series of photographs, Shipwreck and Workers, was shown at the last Documenta in Kassel (curators: Roger Buergel and Ruth Noack, 2007). Retrospective exhibitions of his works are in preparation in Europe and in the United States : at the Renaissance Society in Chicago (2008) and at the Zacheta Gallery in Warsaw (2009).

Notes for the exhibition at galerie Michel Rein, 2008.

- Shipwreck and Workers:  photos from a "portable, temporary" monument to labor, last installed outdoor in the Bergpark, below the Hercules monument in Kassel, for Documenta 12. The shipwreck floated on a raft in the Neptune Basin. The viewer climber over 500 steps to see the other photos flanking the stairs. It's hard work to look at work. Twelve photos of work and workers to recall the twelve labors of Hercules, Stakhanovite-madman of the ancient world. By contrast, who would dare to erect a monument to Medea ?

The Museum Guards -one a poet, the other a cartoonist- are working at the Henry Art Gallery in Seattle, where Fish Story was exhibited in 1999.

- Travailler plus pour gagner plus: from a series of happy-captioned ransom note overlays on a photo of a shipyard welder cutting steel in Ensenada, Mexico (original photo 1996, from Dead Letter Office, exhibited at galerie Michel Rein in 1998). Alle Menschen werden Schwestern (All people will be sisters) shown outside Kassel Wilhelmhoehe Bahnhof during Documenta 12. Second version: Los ricos destruyen el planeta (The rich destroy the planet).  Rare Sekula foray into direct image-text juxtaposition rather than relative autonomy of the two elements. Slogans for the 21st century.  Graphic design assistance: Ina Steiner.

- Lao Studies: Sekula visited Luang Prabang and the region surrounding the city in October 2005 and January 2006. During his visits, he shot footage for a film, titled A Short Film for Laos (2006), as well as a series of photographs. Two of the diptychs are B-52 Crater, which depicts a bomb crater in the Plain of Jars, a region of Laos that is still pockmarked with craters from bombs dropped during the Vietnam War, and Whisper, which portrays a Lao village woman whispering to a friend. Describing these photographs, Sekula has written: «B-52 is the third photograph I have made comprised of a split-basin, that is, a circular depression seen at an oblique angle so that it appears as an oval or ellipse and is divided evenly between two frames down the middle. The other two are Doomed fishing village of Ilsan (1993) from Fish Story and Oil recovery pit, Lendo (2002) from Black Tide. The divided frame is a way of ?domesticating? a topographic feature, more or less treating it like a kitchen sink. The residual violence recorded in B-52 Crater, the thirty odd years that have passed since the ear-blasting shock of the explosions (one was lucky to lose only one?s hearing), leads to Whisper, a moment of inaudible private conversation between two Lao village women. This is one of a number of photographs I have made in which listening or speaking is central, such as Dockers listening (1999) from Freeway to China.»

A Short Film for Laos (2006), which was presented at the last Istanbul Biennial (curator: Hou Hanru, September 2007), will also be featured in the show.
Call it an essay on what the world's made of, i.e. water and fire and iron and earth. Wryly ironic, compassionate, and unprepossessingly simple. Olaf  Möller, Film Comment, January 2008.