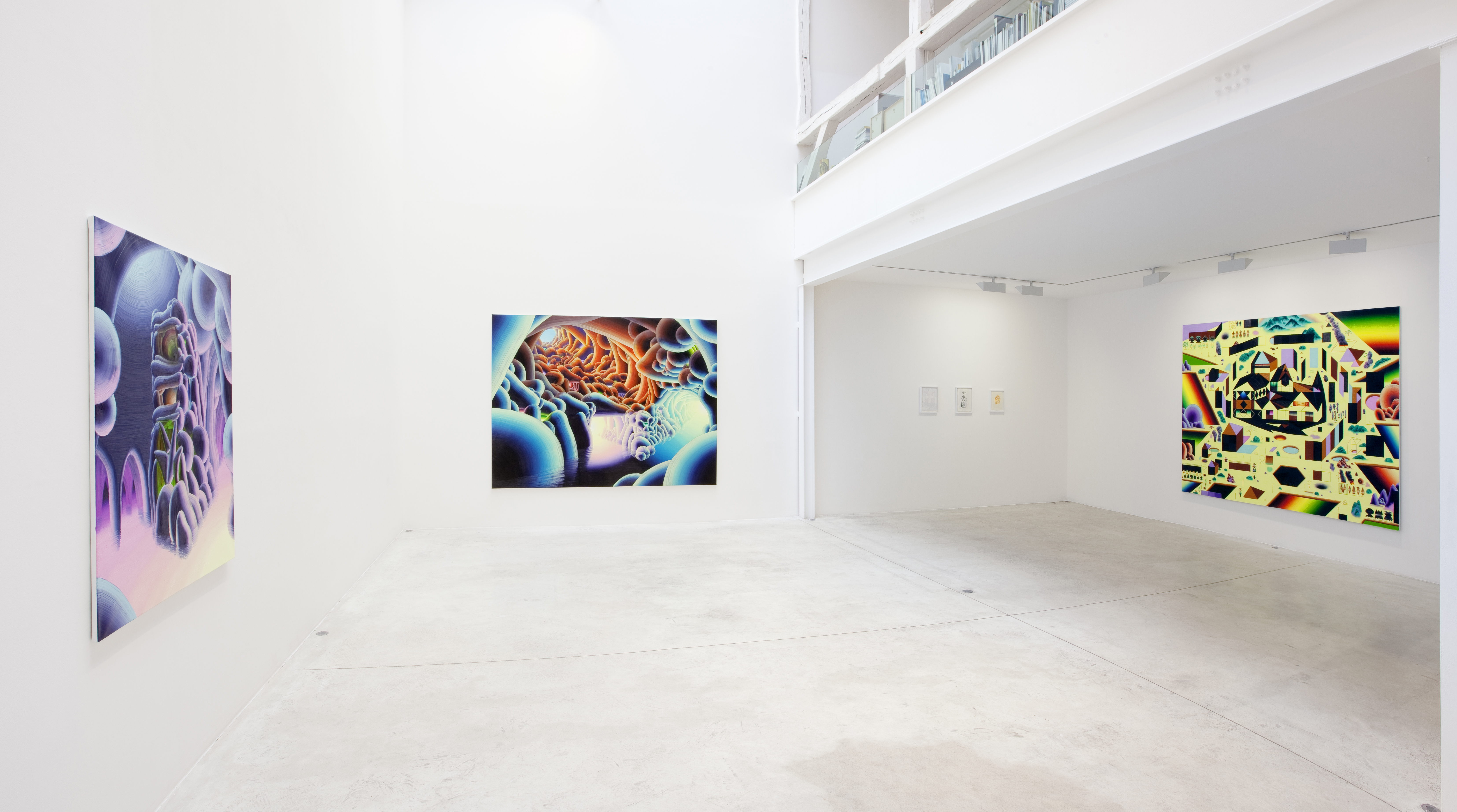 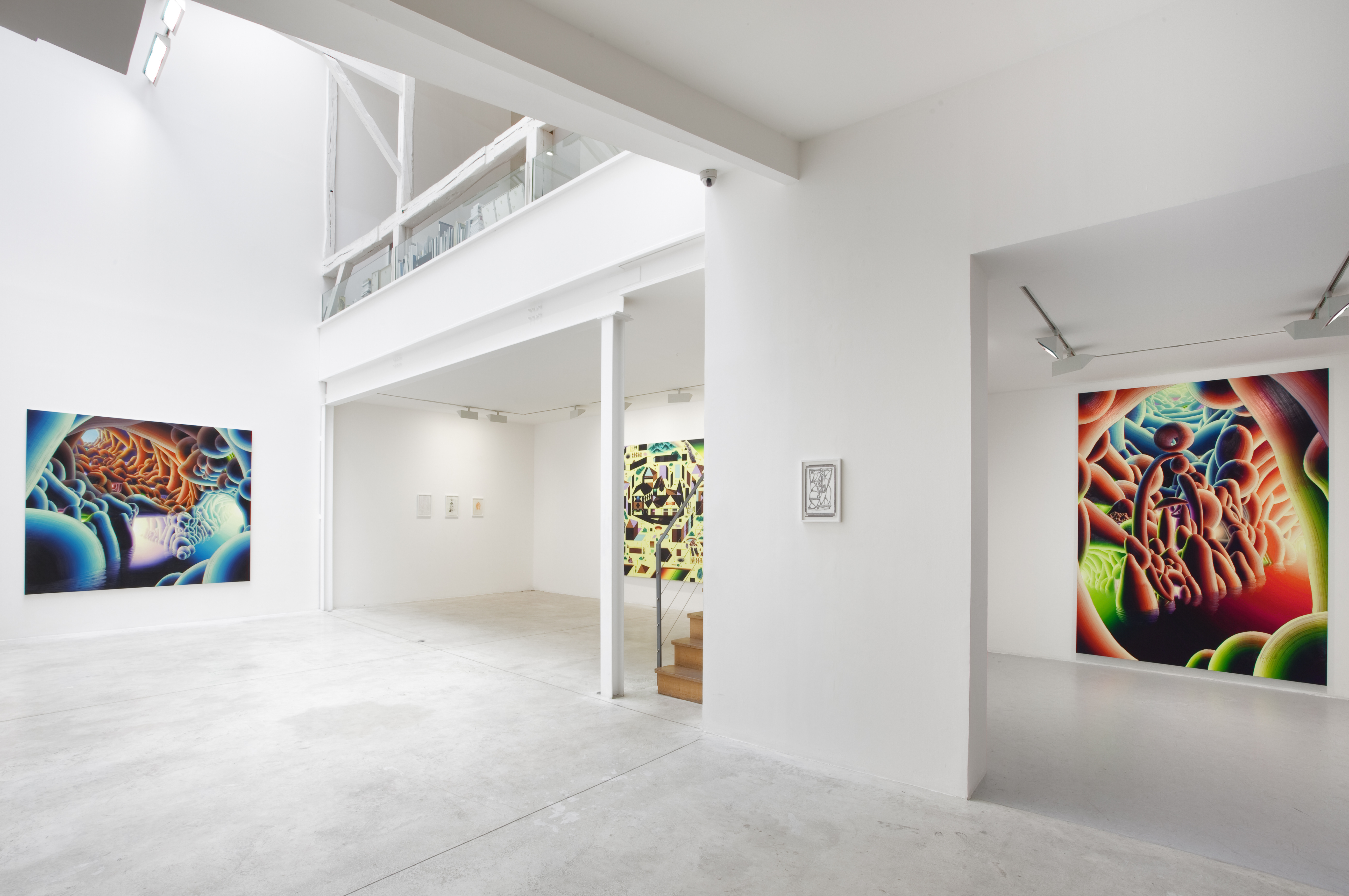 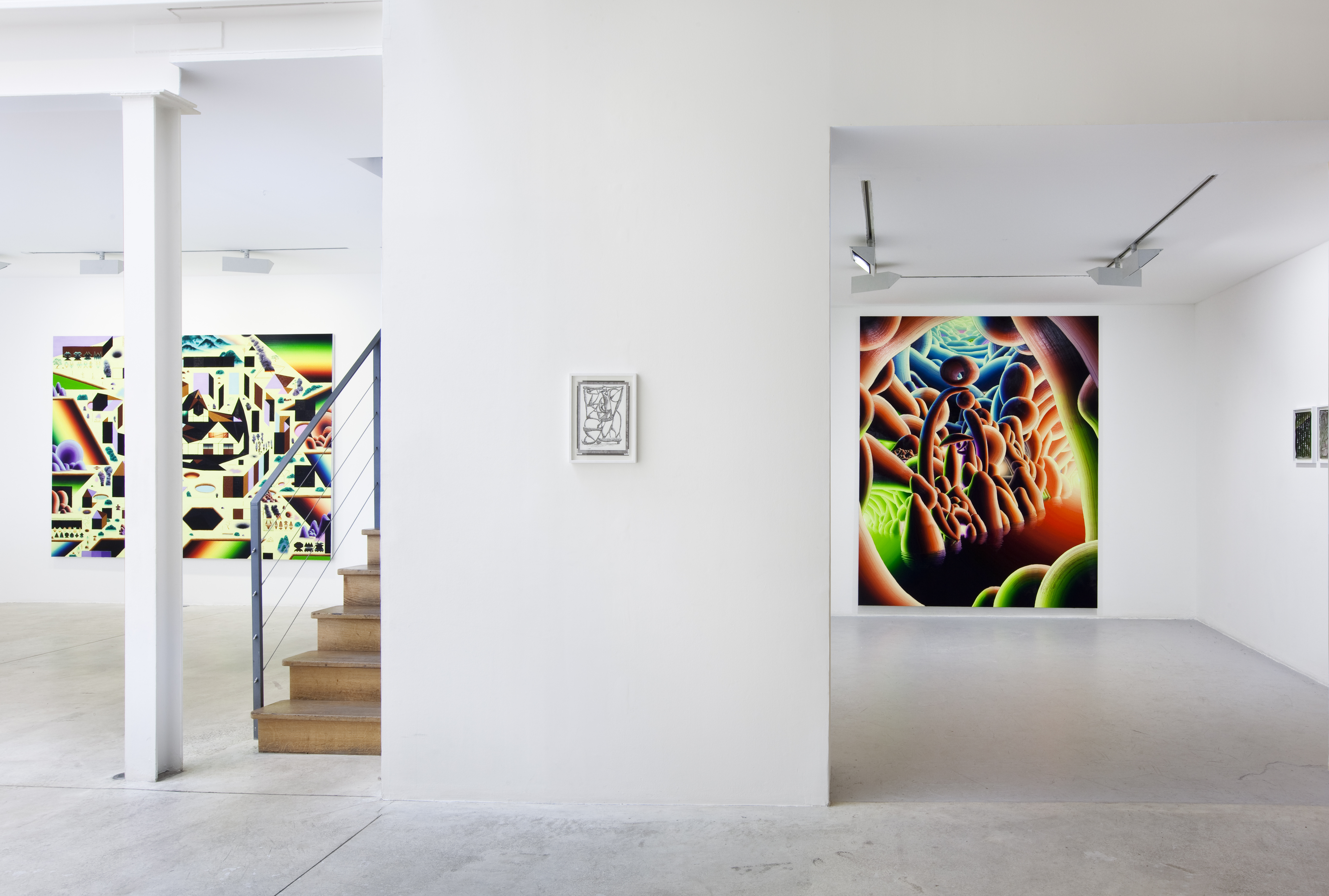 « It is often the case that the value of an education is derived from other students. » Richard Hamilton


In 1998, at the Winchester School of Art where we met, Christian Ward was working on a series of desert landscapes made after photographs as well as numerous drawings he sketched while hitchhiking through the Arches National Park in Utah.

One year later, while installing our degree show, I recall criticising his use of a yellow so acidic and bright that it was almost impossible to look at the canvas. He simply replied “how do you think the reflection of the sun on the sand looks like?”. Christian’s yellow was meant to render his experience of the landscape rather than look naturalistic. That day, I think I began to understand painting a little better. It was something very simple (almost evident, if I had showed more interest to Cezanne instead of Schwitters) but that had not yet occurred to me.

Between 1999 and 2002, Christian studied at the prestigious Royal Academy of Arts in London. There, he began his series of paintings, which got him a name in the international London art scene. In France however, except for a group show at the Consortium in Dijon in 2006 and for a few shows I organised myself, his work has barely been displayed; in this, he is no exception, as Chris Offili, Tomma Abts or Peter Peri are not shown any more. It seems that there are paintings that one judge best to only present with other paintings; what a funny idea.

He depicts vast imaginary and truly psychedelic landscapes, on large horizontal canvases, which he renders from a successive layered construction of grounds openly referring to Sino-Japanese paintings.  From Japanese descent and with an interest for Impressionism Art, he got rapidly familiarized with this part of art history, which the ruling occident-centric continues to consider too often as a mere curiosity.

After a trip to the island of Yakushima, whose luxurious vegetation was used by Hayao Miyasaki as a model for his forest in Princess Mononoke, Christian embarked on his cave painting series. He invents and explores fictitious grottos, whose cavities release cascades in his vast composition.

The particularity of Christian's paintings originates from his intricate motifs and technique. The mist and moss, often blending into the landscape, are often dabbed on with a hard brush. Most remarkably, the colour graduation of rocks, stretches of water and cascades are prepared on his palette and completed in one unique brush stroke. Whereas the concentric tracks left behind by the hairs in the oil paint undoubtedly recalls the raking of Zen gardens, the technique resembles equally some of Bernard Frize's paintings and the Chinese precept of the unique brushstroke precluding any corrections.

Inside the caves, the coloured graduations are not randomly distributed; they correspond to the various sources of light (often visible on the picture) whose arrangement is rigorously established at the sketching stage. With Christian Ward, the infinite possibilities of imagination are constrained to a “precise painting », a pictorial syntax which the artist developed throughout the years.

Since 2005, new desert landscapes appeared. The grottos work as passages or tunnels between the strangely coloured rocks and the large japanizing scenery. Constructions, houses, huts, totems or sculptures, and rock conglomerations punctuate these yellow deserts.  These structures raise the question of attribution, are they the work of nature or men? Who equally appear more and more regularly in the desert scenes and in the humid oriental panorama.