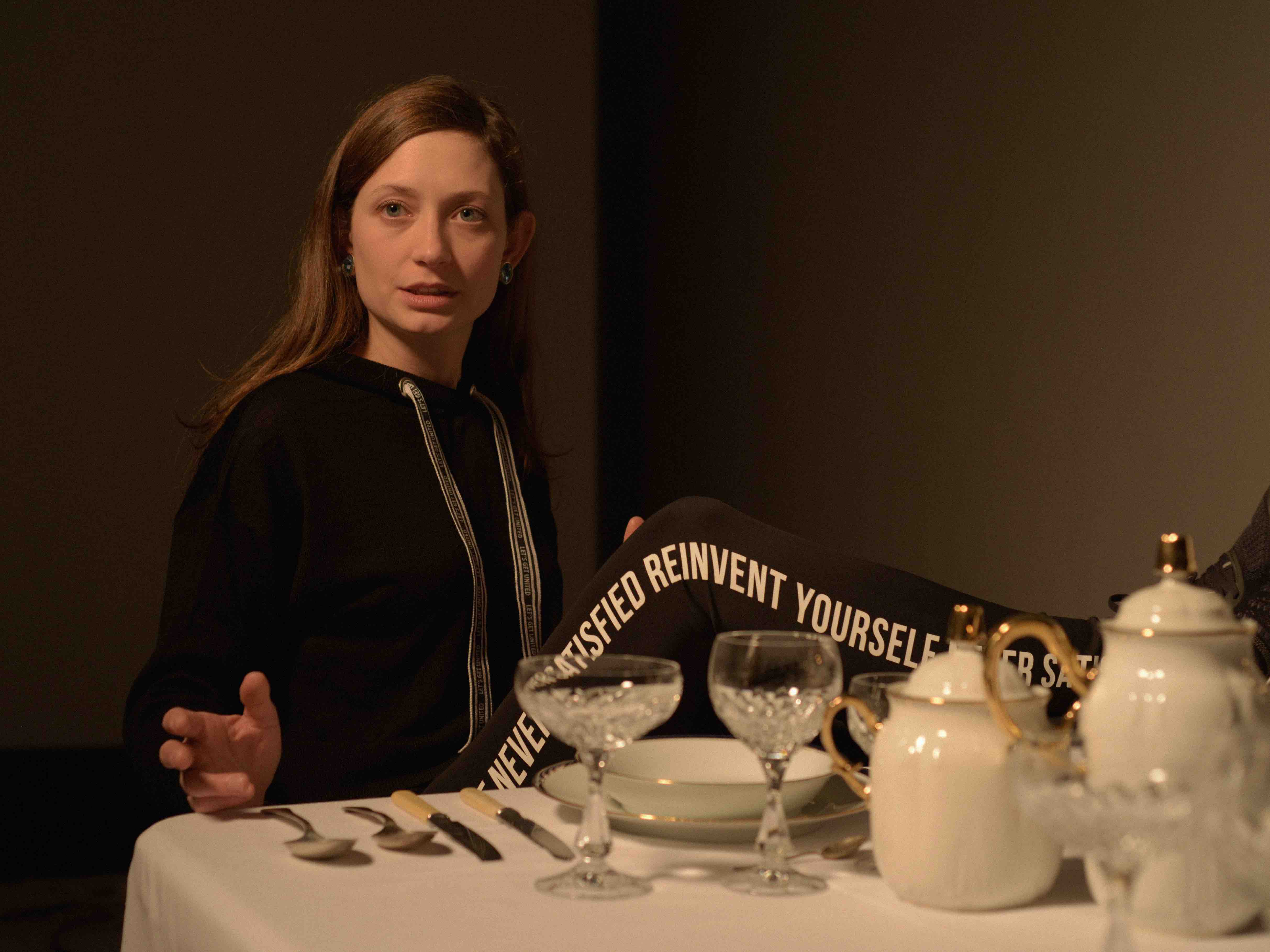 Galerie Michel Rein is pleased to present Ariane Loze’s first solo show in Brussels. We talk, but in reality we are talked. It is our time and ideology talking, pervading our words and shaping our lives. We think we take decisions but decisions are taken through us. By gathering an impressionist sampling of speech excerpts from the professional world and its organization, Ariane Loze manages to put up a show which strangeness takes us by surprise.

The first sentences of the protagonists of the video could be bits of conversations collected at a cocktail party. We hear the contemporary world of entrepreneurship and its ideological view of good management. But these conversations are enriched with a reflection on labor, its constraints and the space of freedom we all look for within the framework we create or endure. What about the workers? Do they talk about their work or activity, about their passion or flexible hours?

With a sharp yet profoundly benevolent eye, Ariane Loze observes the world we live in and captures it through her voice, gesture and body, letting herself be permeated by words coming from all sides. Mainstream reveals our relationship to time. The pace of the video is very brisk, which is probably as important as the words exchanged, words that we can in fact hear in daily conversations, or read and hear in the news. Our society has totally shifted away from the slow and cyclical rhythm that continued to characterize the 20th century, and even more so the former agricultural society in which our great grand parents lived. In the 70s, Ivan Illich foresaw the mentality of today’s society with astounding precision. “The exchange value of time becomes dominant, and this is reflected in language: time is spent, saved, invested, wasted and employed. As societies put price tags on time, equity and vehicular speed correlate inversely.” (Ivan Illich, Energy and Equity, Harper & Row, Chapter IV, Net Transfer of Lifetime, p.29).

The last few years have seen the advent of a hyper-productive society that manages time, whether leisure or work, with an equal zeal.

Internet has contributed a lot to this condensation of time, reducing delays and distances, and projecting us in a both immense yet curiously contracted space. Mainstream looks at this completely new social and cultural phenomenon. Like managers, artists also live in this accelerated and condensed timeframe as well as in a globalized space, both attracted by people who live at a slower pace and have decided to take their time, and tempted by the frantic madness of a production and consumption scale that lost all reference to human standards. There might be a relationship of power and opposition between those already living in this accelerated time, and those, on the contrary, pulling the brake and realizing that something strange is happening. Our human condition on earth seems called into question. Are we able to live at such speed and experience things the same way? How will the consciousness we have of ourselves evolve in reaction to this ambition of complete control over our lives, when chance and uncertainty are what make it savory? Those are the question that Mainstream asks.

The CAB Foundation in Brussels will exhibit a new movie by Ariane Loze in the framework of its residencies from mid-November to December 2019.


* the gallery will be open on September 8th