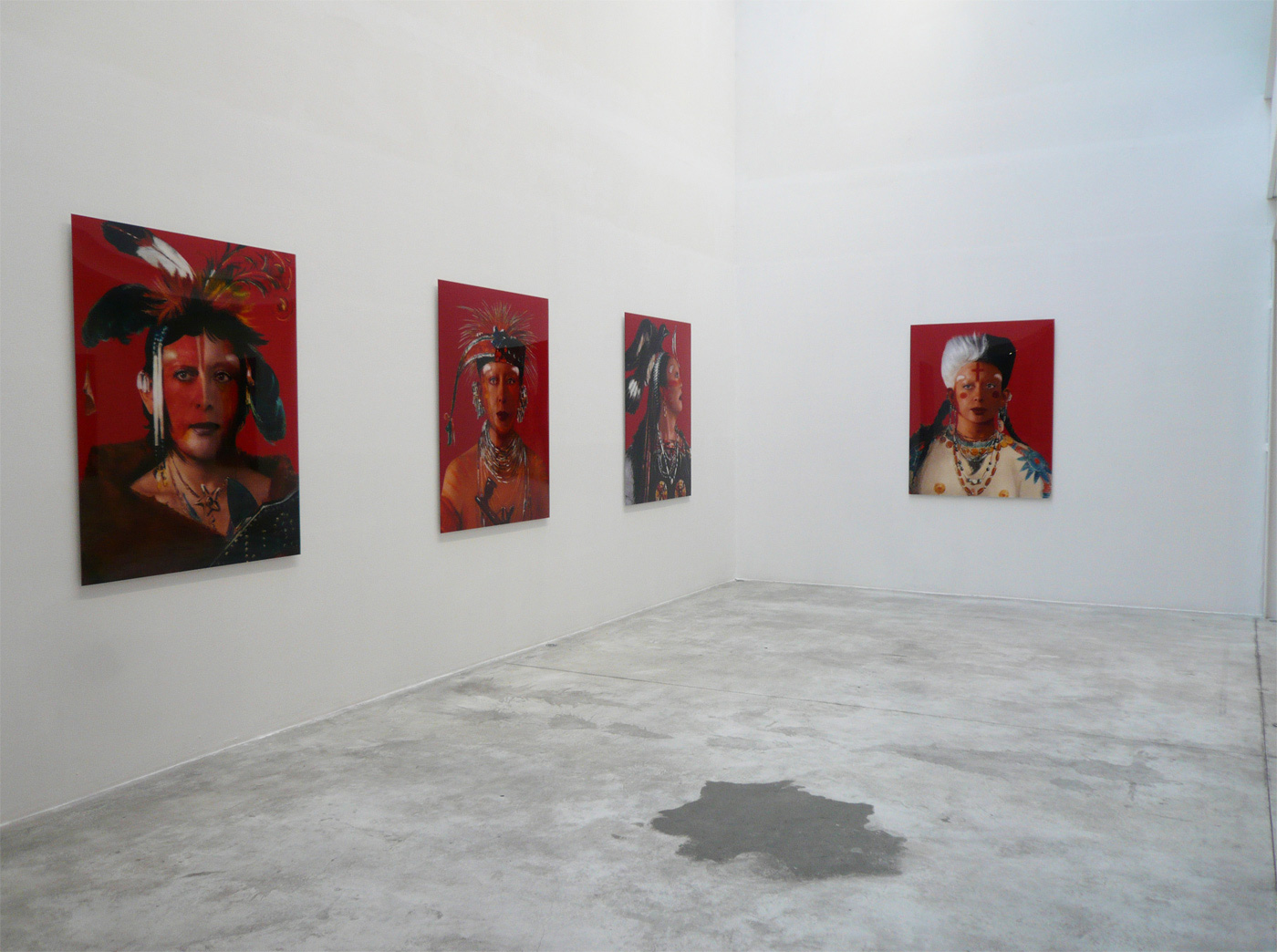 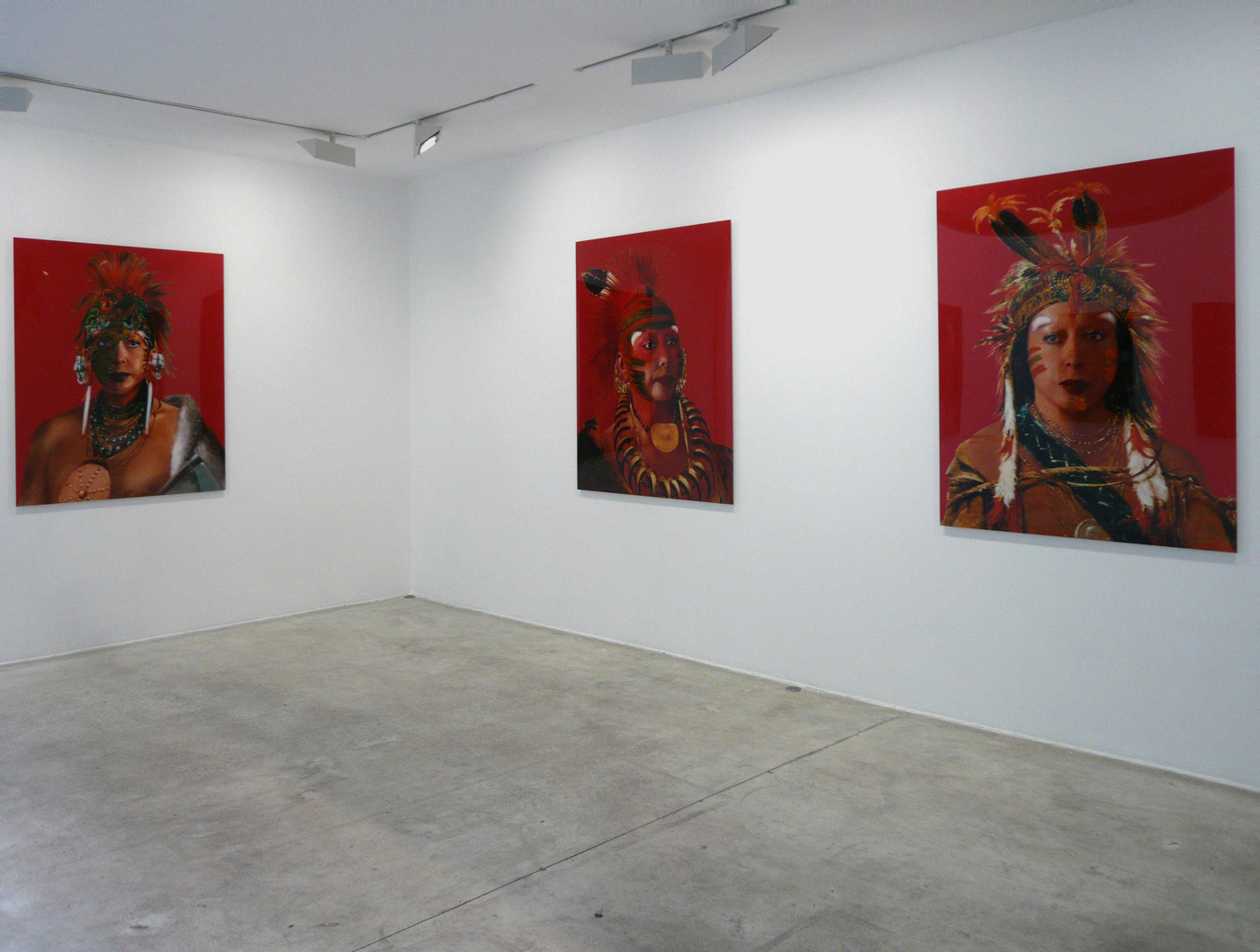 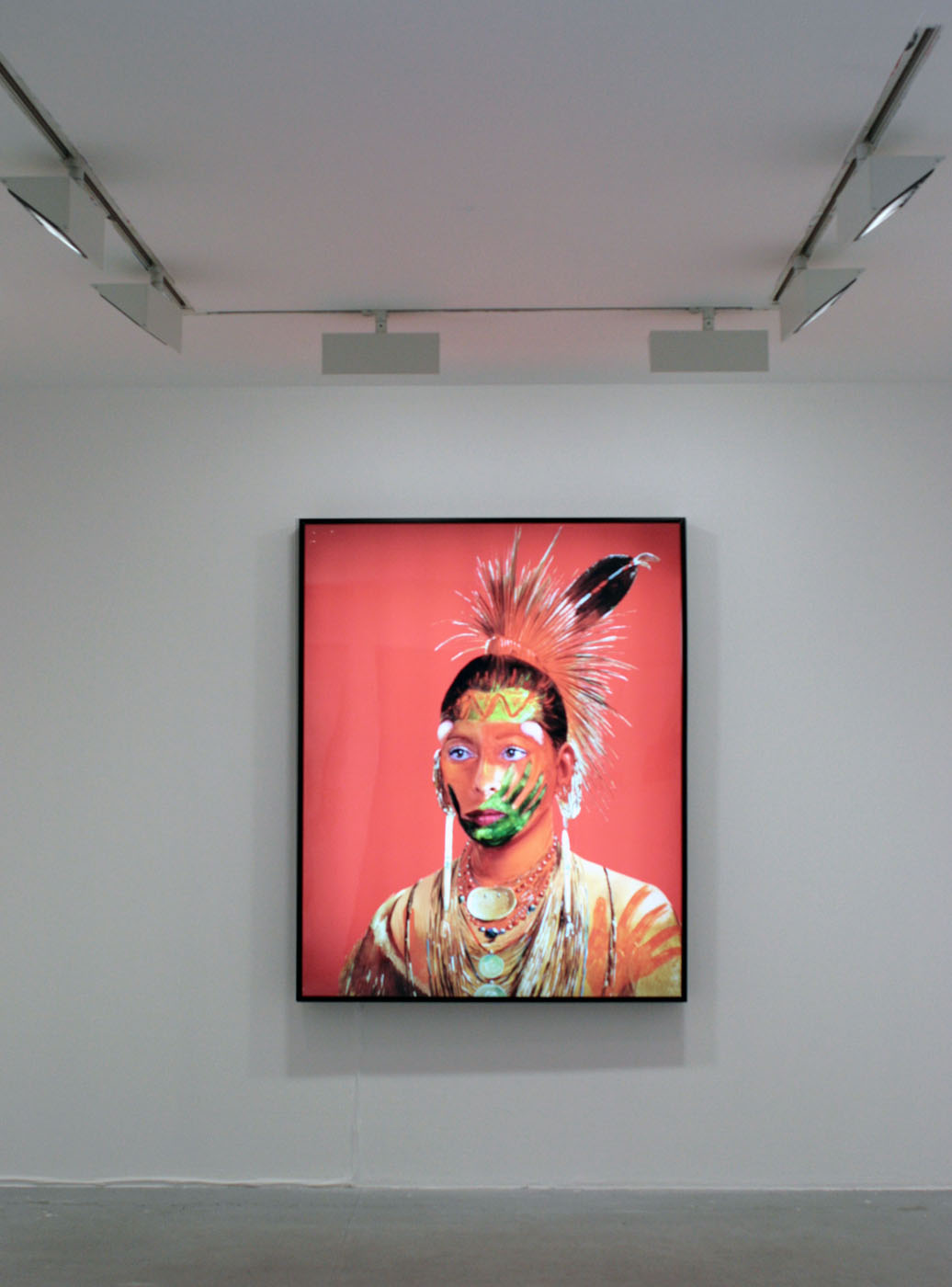 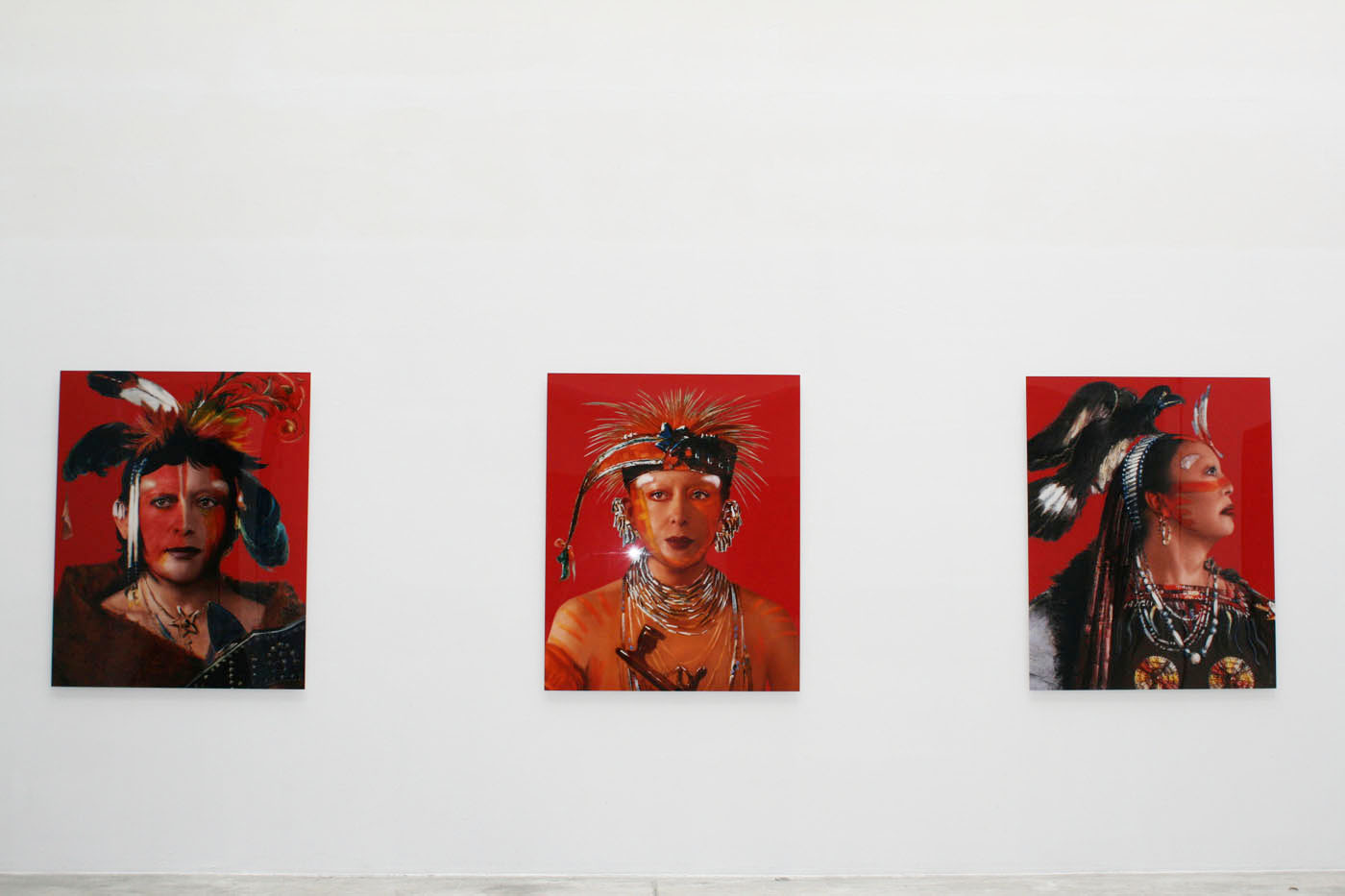 Michel Rein gallery is showing the new series of ORLAN’s self-hybridizations. These digital photographs, made from portraits of North American Indians painted by George Catlin, resulted from her stay in the United States, in New York and at the Getty Research Institute in Los Angeles

ORLAN is carrying on her research into bodily and facial modifications by way of images that are powerful both by their format (152.4 x 124.4 cm) and by their wealth of colour. These new images show us an undertaking to do with photographic pictoriality made possible by digital retouching. The artist’s presence is heightened through the sacred, hieratic figures of the first Native Americans. In her new works ORLAN conjures up both the history of America and the history of American art.

The self-hybridizations produced since 1998 pursue the dynamics of an approach introduced in the late 1960s involving themes focusing on the body, sacredness, femininity, beauty, and hybridization. In exploring the possibilities of transformations made possible by the new technologies (video, data communications, graphic palettes, digital retouching) ORLAN has already created two series of self-hybridizations in which there is a merger of portraits of the artist and primitive figures, pre-Columbian sculptures and African ethnographic photos. In the Native-American series, ORLAN changes referent media by developing an interest in the digitalization possibilities of pictorial subjects.

The Native-American Self-Hybridizations created by ORLAN illustrate a hybridization of sexes, cultures,
periods and artistic praxes, and lend her method a markedly political dimension that is feminist and open to the world. The artist keeps the links that she has been forging since the early days of her career with art history constant. In the Tableaux vivants series, she incarnated Goya’s Maya and Ingres’ Odalisque;  ?she has also produced morphings between her surgery-altered face and female icons of the Renaissance. After associating her works with western art and the christian religion, ORLAN decided, in 1998, to broaden her sources to non-western cultures. At the turn of the 21st century, ORLAN’s self-hybridizations appear like a hunch, a premonition about a mutant human species issuing from an ever-growing cultural intermingling and renewed bio-technological discoveries.

The works in the Native-American Self-Hybridizations series which will be on view at the gallery were exhibited in 2007 in the retrospective “ORLAN: The Narrative” at the Museum of Modern Art in Saint-Etienne Métropole (curated by Lóránd Hegyi) and reproduced in the book published to accompany the show. This retrospective is being held from 16 April to 18 May 2008 at the Tallinn Art Hall, in Estonia.