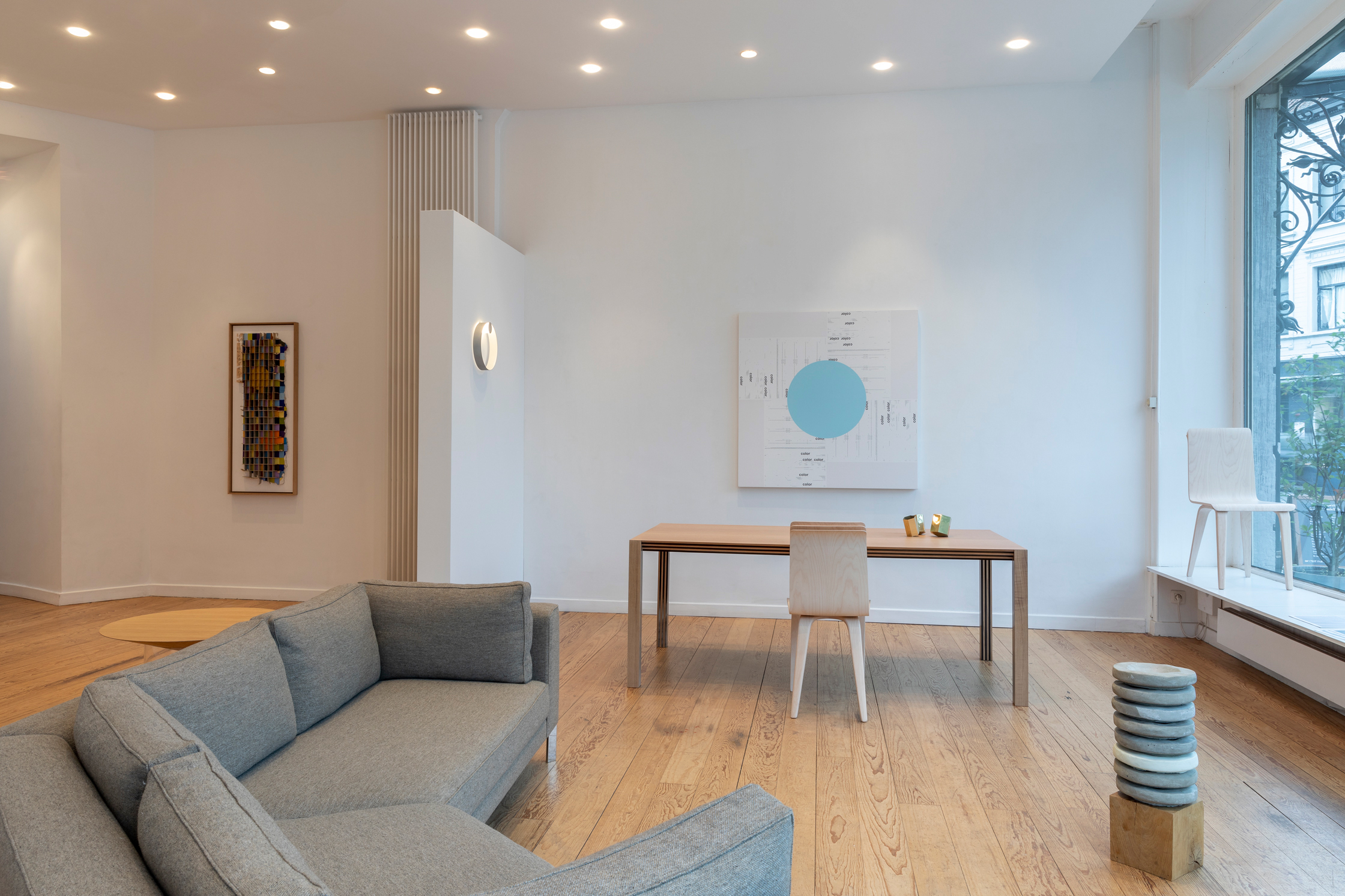 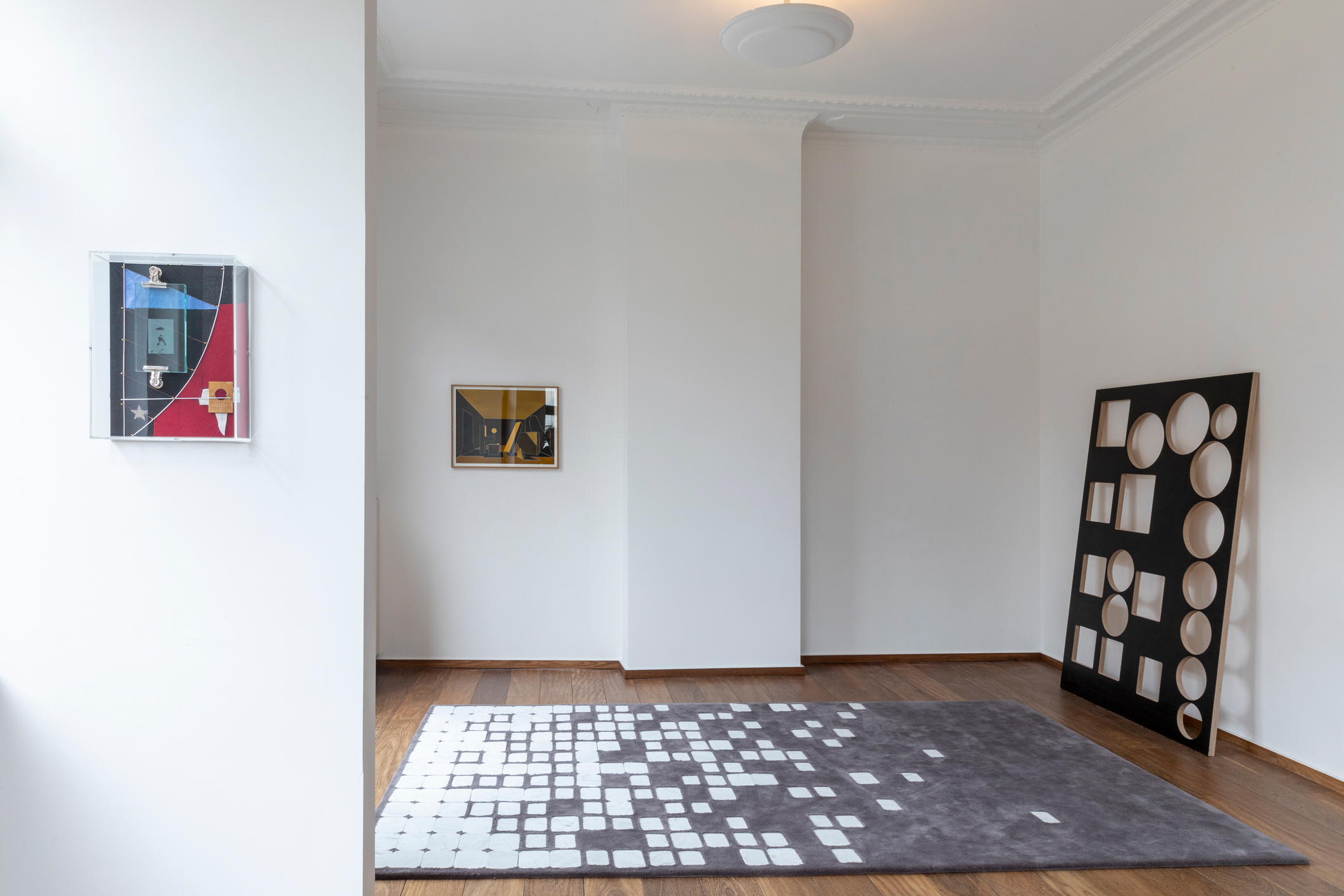 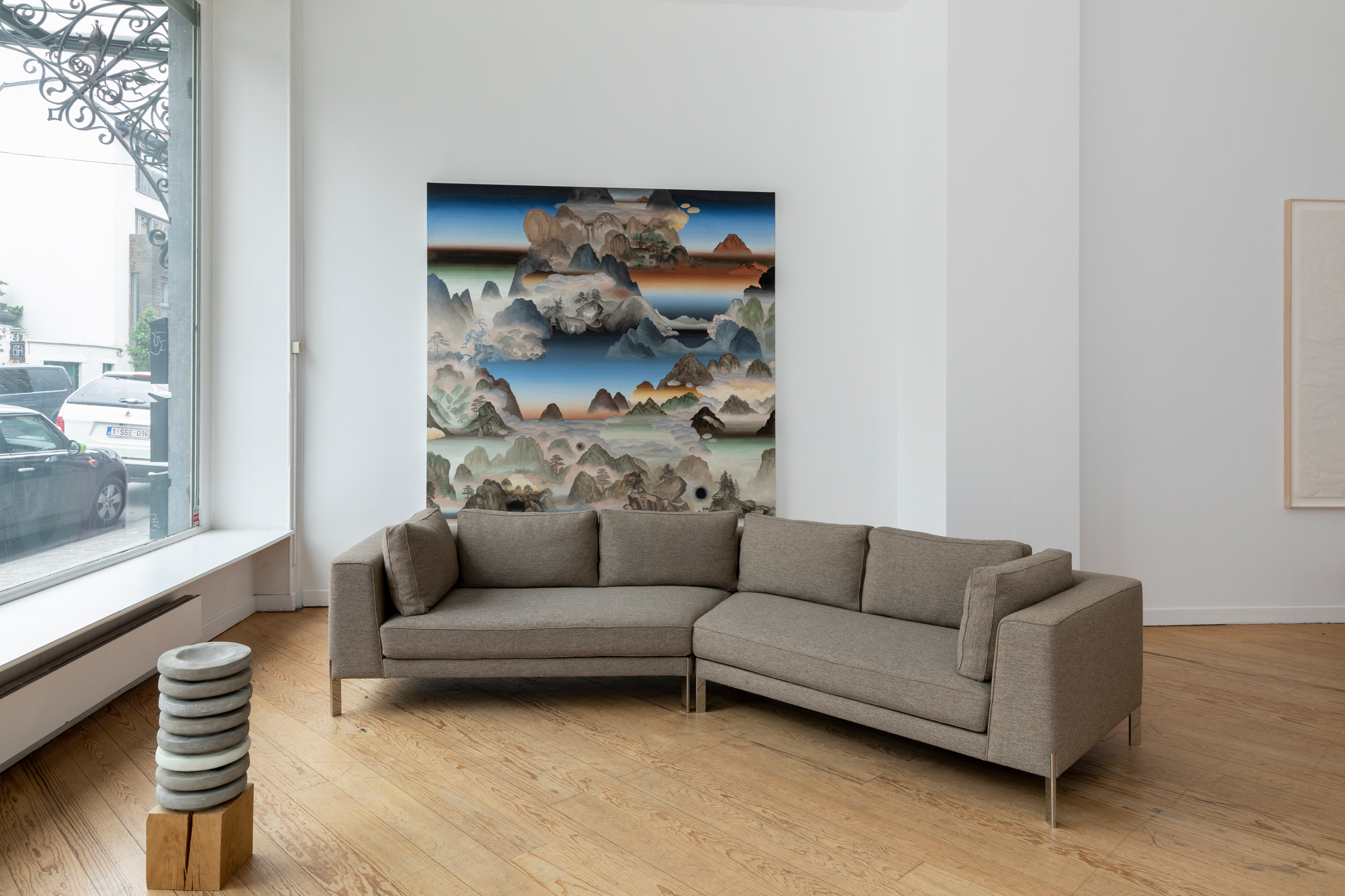 Galerie Michel Rein has the pleasure to announce Ramy Fischler’s second exhibition. Belgian designer based in Paris, Ramy Fischler has developed a wide-ranging creative practice. In 2001, he entered Patrick Jouin agency after graduating from EN-SCI-Les Ateliers. Ten years of collaboration made him assert his taste for research and innovation while exploring new design territories.

As a laureate of the French Academy in Rome, he joined the Villa Medici in 2010 where he started an on-site reflection on the mythical place visitors and artists reception.

He also developed an interest for the history of furniture of power. Ob-sessed with meaning and passionate about the tensions between history, space and furniture, Fischler created his own agency RF Studio in 2011.

In 2012, he conceived his first interio r and furni ture design for a private home located on Place de Colombie, along with the Tai Ping showroom in Paris, followed by a Heterotopia installation presented by AD Intérieurs in 2014. That was how Fischler started to imagine and design his first pieces of furni ture. Then other interio r design projects were carried out in France, some shops in Shanghai, New York, Casablanca and at the French head office of Twitter. Other objects were designed and are now gathered in a constantly evolving collection.

The exhibition “Leaving Room” provides a unique opportunity to discover this collectio n in the framework of a contempo-rary art gallery where Ramy Fischer will confront his design practice to other disciplin es. His pieces of furniture will be showcased with a selection of works by artists of the gallery in order to engage an open dialogue, yet without any attempt to transform the gallery space into a domestic one. This subtle association is announced in the title of the exhibition, a play on words between the English verbs “to live” and “to leave”: a reminder of the designer’s invitation to question our uses, way of living and cohabitating with artworks.

The featured objects share their stories with us: each of them was inspired by projects and encounters. Custom-designed, stamped and authenticated, they are all meant to tell a unique story.Their names - Walter, Lutry, Monaco etc.- evoke the specific context in which they were created. They are also testi mony to Ramy Fischler’s relationship to know-how, since the designer not only cares about collaborating with the best craftsmen butalso exploring the full range of tools and possibilities offered by today’s technology. Their refined profile and seeming simplicity hide fabrication details that result from many studies and experiments.

Ramy Fischler’s arti stic approach also echoes the various issues tackled by his projects. “L’image éclaire” from 2015 –which one piece is featured in this show- was inspired by this, often collaborative and crosscutting, experimental process. For this piece, the designer looked to merge the world of design, cinema and connected objects. “Since we’re living through a time that likes stories, I wanted to tell a story with light by using cinema as a lighting”, he explains.

The history of this collection keeps writing itself through other big scale projects like the Philantro-Lab in collaboration with the Compagnie de Phalsbourg, and a five-star hotel on the Champs Élysées with Accor and Groupama. In September, the participation of Ramy Fischler in the next edition of AD Intérieurs in Paris and his nomination as “Designer of the Year” by Maison&Objet will provide unique opportunities for another presentation of the colle ction enriched with new objects in a location yet to be disclosed.