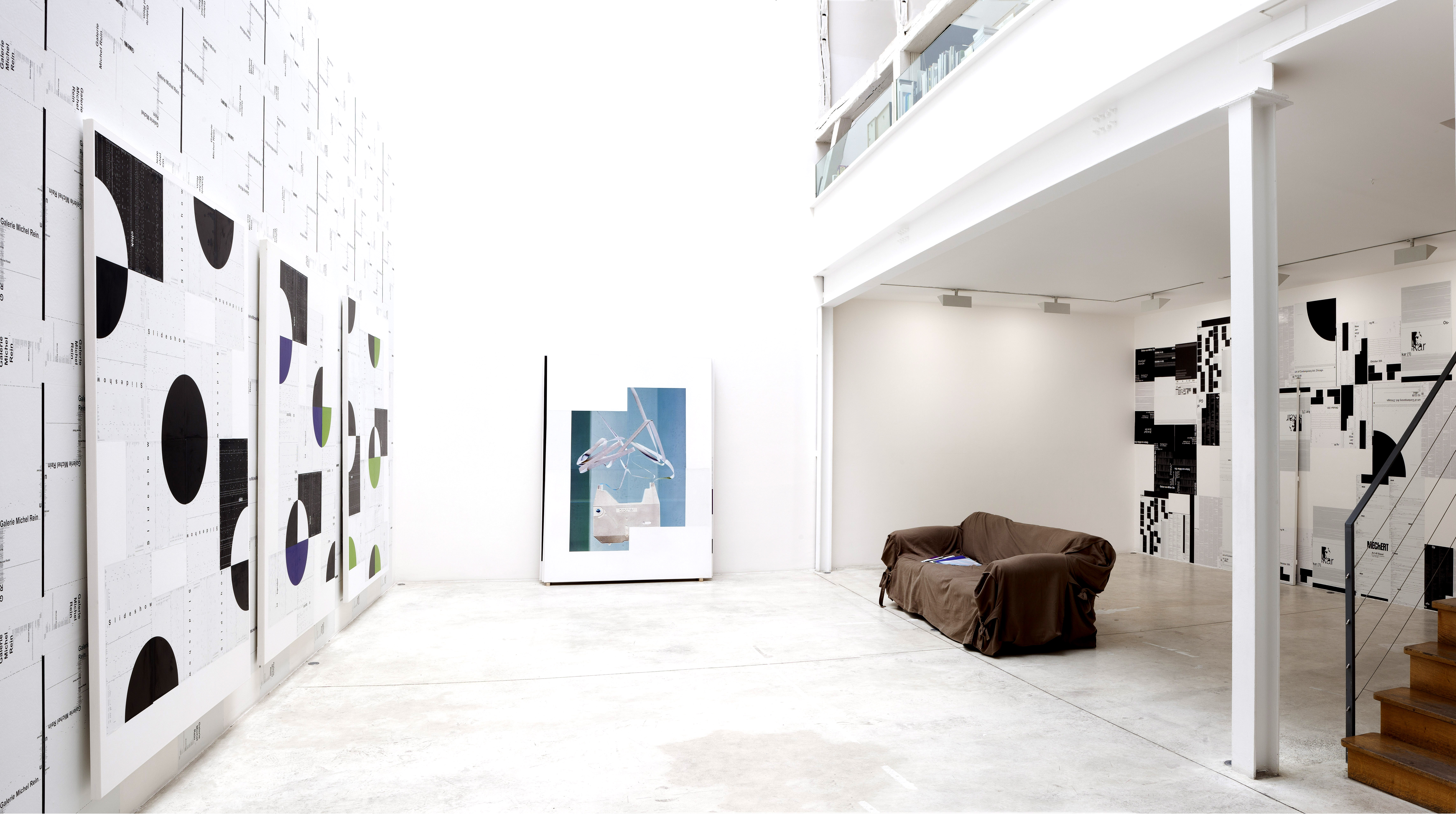 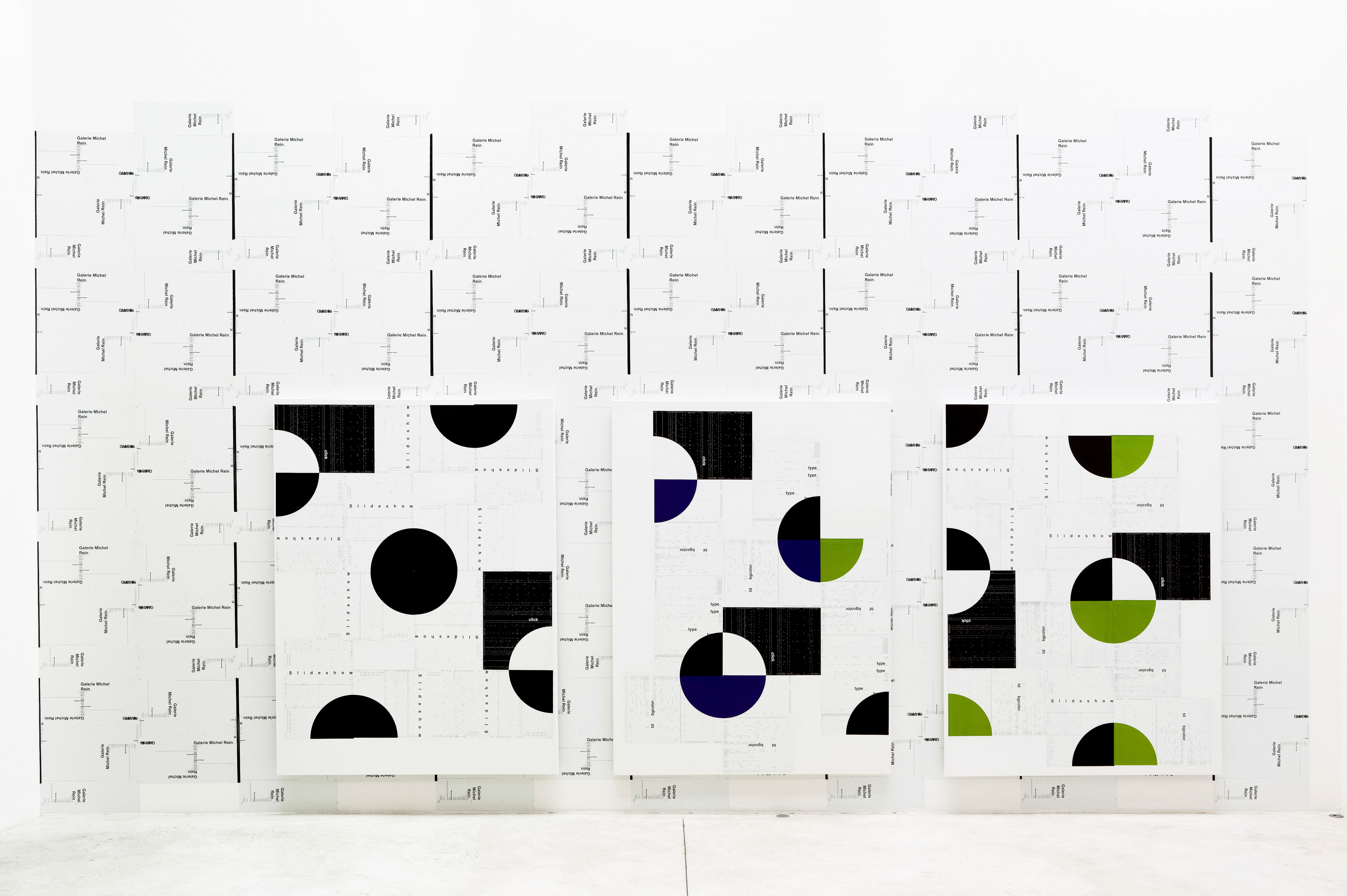 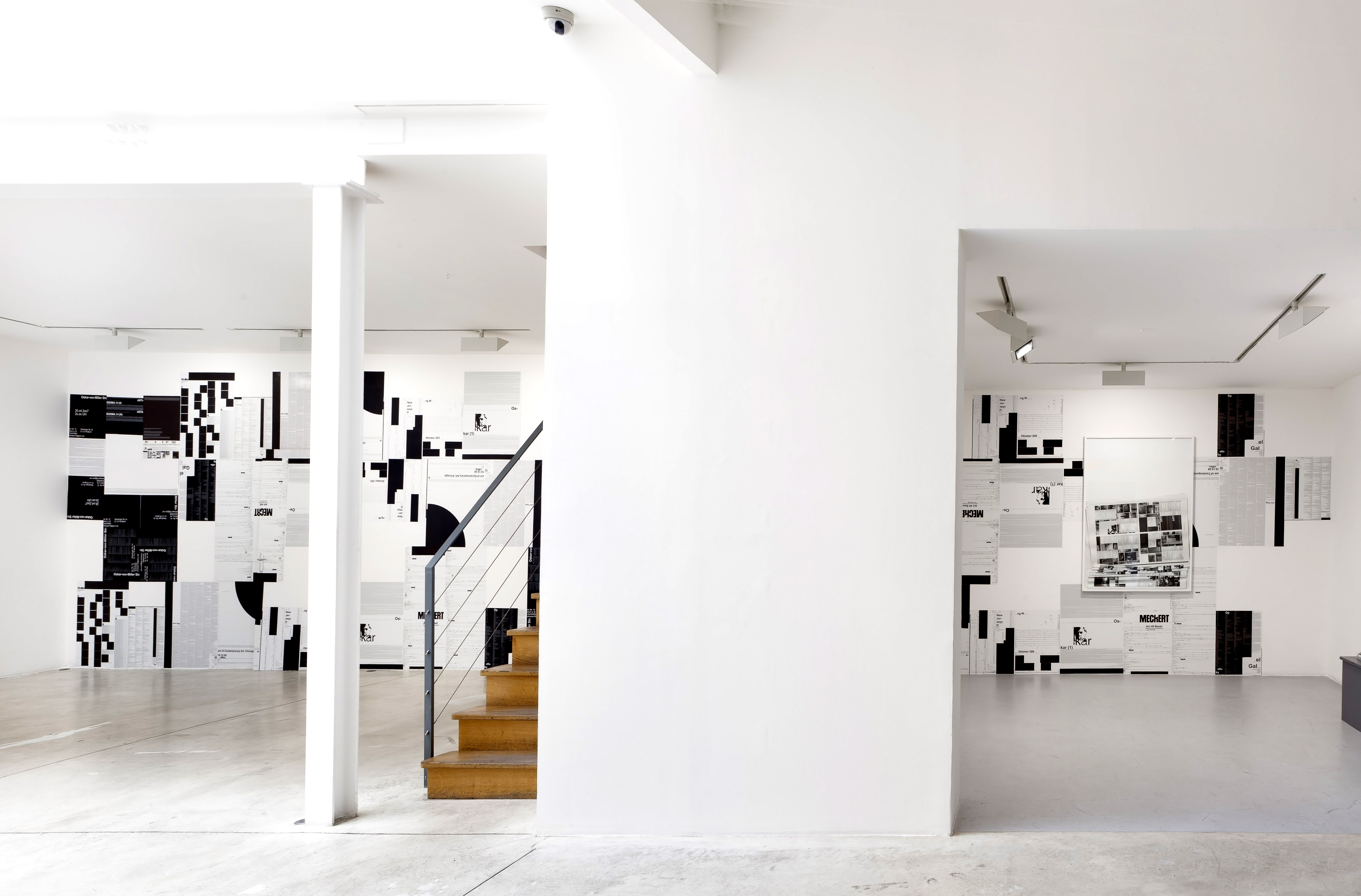 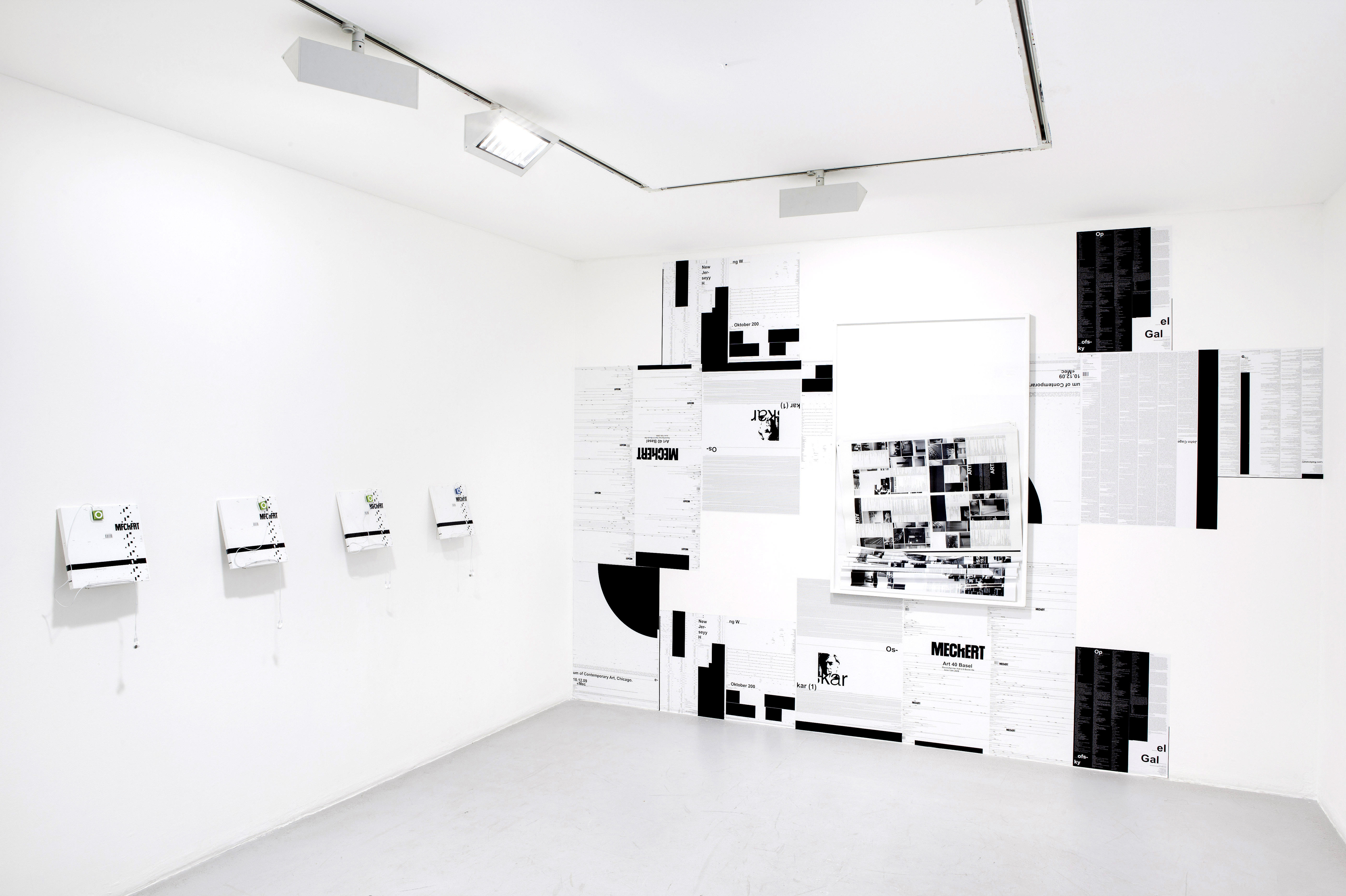 This first solo exhibition of Michael Riedel's work in France announces his entry to the Galerie Michel Rein.

Whether an artwork be realized or not, is not what matters. What matters is that it exists. And to exist, the artwork needs to meet an audience. It has to circulate, which happens only through distribution. In order to exist an artwork must be visible, articles must be written about it, photographs taken and published. It must go through the interpretation of language and be reproduced.

The existence of an artwork is therefore dependent on the displacements forced upon it by its distribution. A text always describes it too poorly and offers an interpretation that encloses the questions inherent to the piece. A photograph amputates its volume, its dimensions and a certain number of its aesthetic qualities. Movement only begins when betraying its qualities.

If this movement is central to the existence of an artwork, it seems rather logical to emphasize it, even more so when considering that this circulation will most probably distort the artwork. It is the position that Michael Riedel takes. He feeds the process through which every artwork must go. A circuit made up of exhibitions, media exposures and interpretations. But he feeds it using the modalities belonging to these very displacements. The posters on canvas, Untitled, are in this way made up of information displayed on websites, such as a page from the New York MoMA, describing one of Riedel's pieces from their collection, or a cultural information website, announcing news and events of the art world. In both cases, the information available about Michael Riedel's work is used as material.

This type of information is, furthermore produced on a regular basis by protocols that Michael Riedel himself puts into effect. A poster containing text and images accompanies each of his exhibitions. Photographs are taken on the spot, representing the project as it develops, far from the so-called neutrality of "installation views". The texts are monologues or discussions, sound-recorded through a computer reading device that automatically transcribes text into spoken words. Even though they are produced live and in a mechanical manner, they are, just as any other press release or magazine interview, separate from their subject matter despite their intentions. These posters portray an object from which they are distanced. Their faithfulness is betrayed by their very nature.

The posters have been assembled into a book : Gedruckte und nicht gedruckte Poster 2003-08 (Printed and Unprinted Posters, 2003-2008). The technique used to create the book consisted of assembling the 43 posters onto a unique printing plate that was cut to create a publication much smaller than the posters themselves. Consequently, the book's lay out prevents us from reading its content. Here again we see the adaptation to a format and a means of distribution that distances the object from what it's supposed to represent. These distortions are fundamental to Michael Riedel's work.

The font used by Michael Riedel is Arial, a sort of cheap Helvetica, used by default. His page layouts reveal the same neutrality.  They seem to be the result of a copy-paste that is not faithful to its original source.  Both are revealing signs of a change of medium producing a change of the content and endangering its ability to be read. The series Four Proposals for the change of modern* also displays this type of modification. During an exhibition in 2008 at the Modern Institute in Glasgow, Michael Riedel extracted the word "Modern" from the logo of the institution cutting it into a piece of black fabric presented as a banner. Using the cut fabric as a stencil the artist creates a series of digital prints on white canvas, equal importance being given to the process of production and the final product. Beginning with Four Proposals for the change of Modern in the logo of the Modern Institute, hidden versions of the word Modern have emerged and continue to evolve from each other creating an infinite yet foreseeable number of possibilities. These interpretations do not necessarily give us information about Michael Riedel?s work but, as with his posters and postcards, inform us of it's existence and the fact that it is communicated to the world.