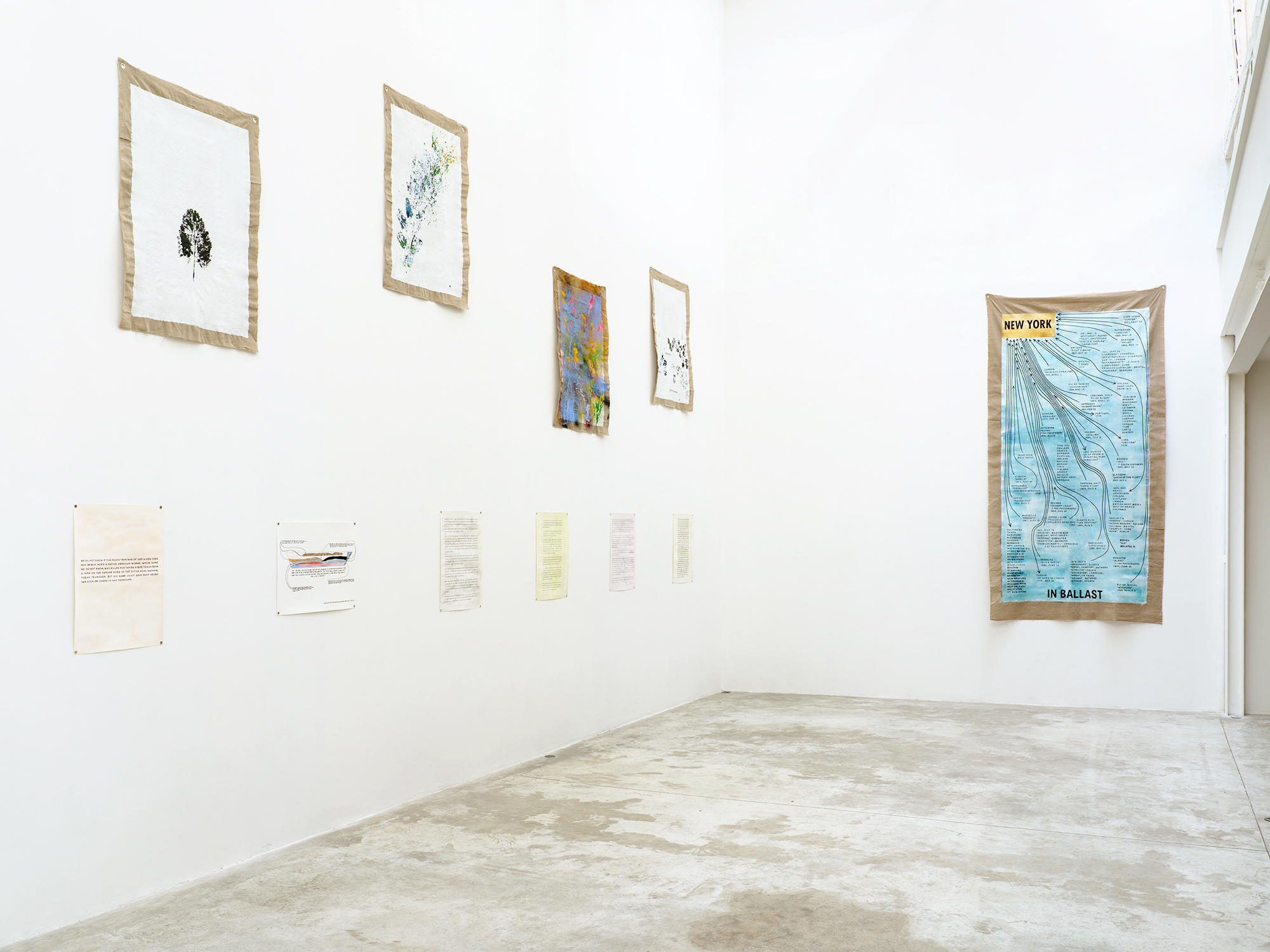 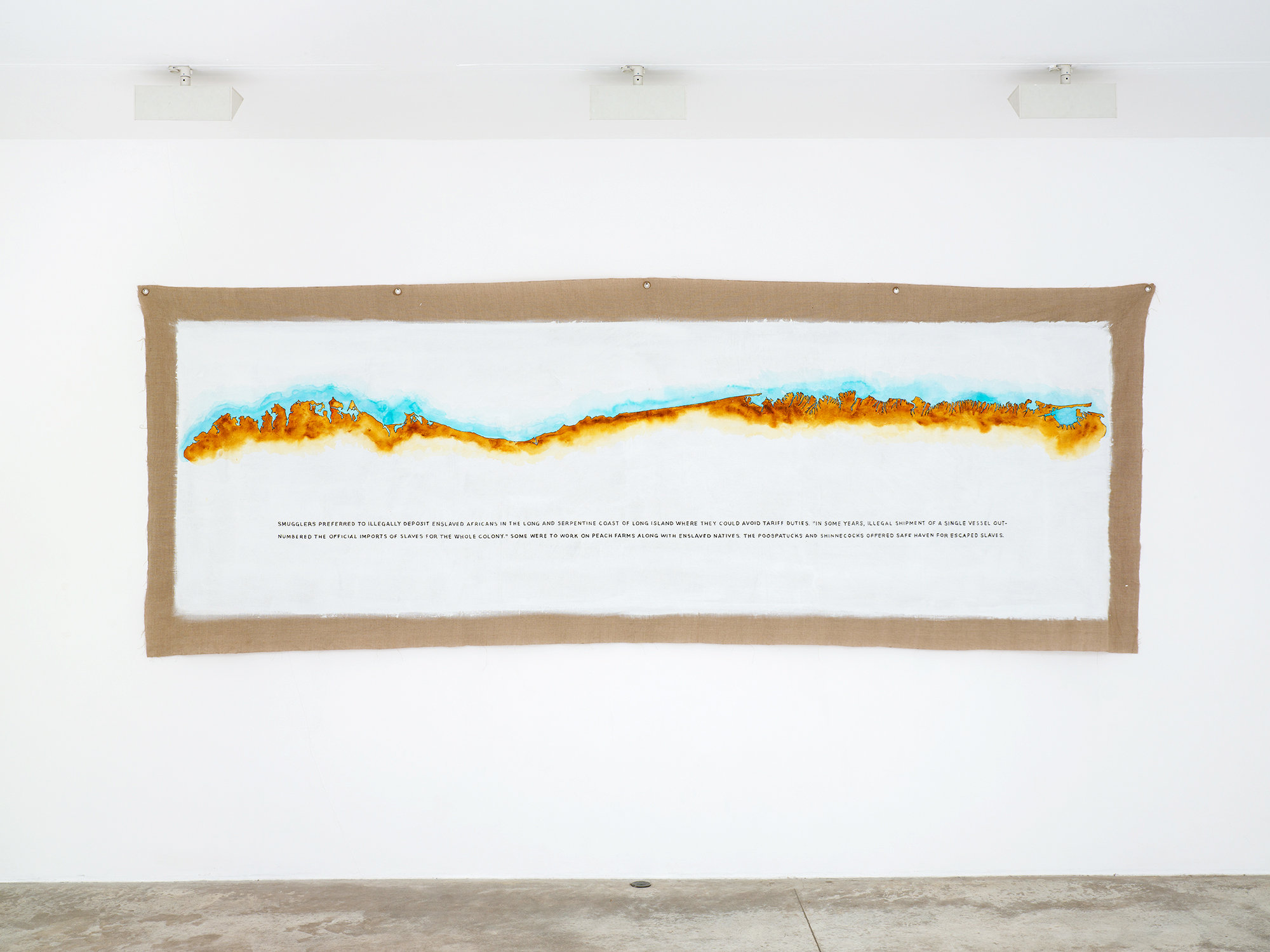 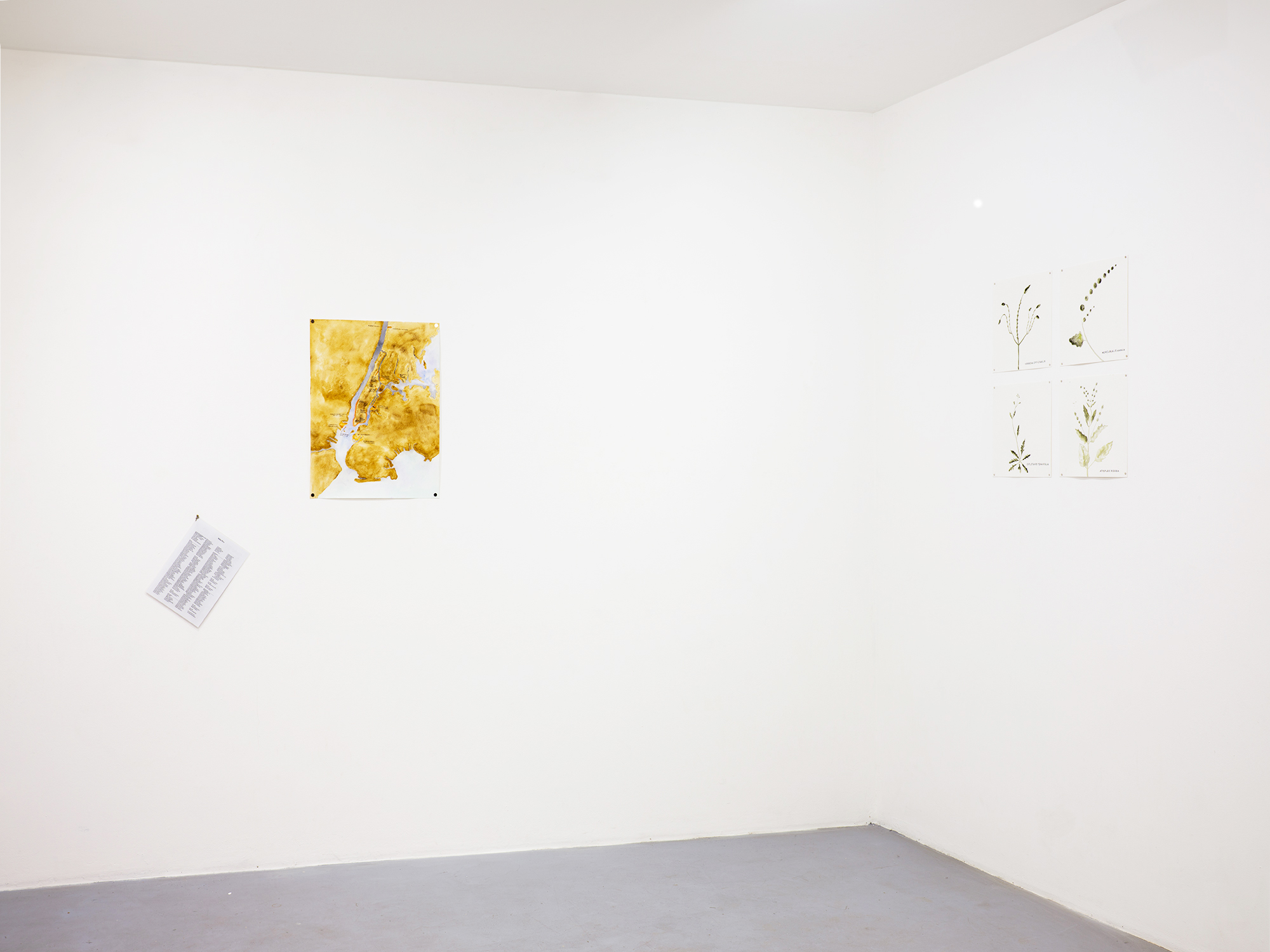 This project was exhibited at the New School in NYC at the occasion of the Vera List Center Prize for Arts and Politics 2016-2018 awarded to Maria Thereza Alves on November, 2017.

Seeds of Change: New York - A Botany Colonization is Maria Thereza Alves’ forth solo exhibition at the gallery after Constructed Landscapes (2009, Paris), Beyond the painting / Unrejected Wild Flora (2014, Paris) and The Flood (2017, Brussels).

«  Maria Thereza Alves’ Seeds of Change studies settler colonialism, slavery, global migration, and commodification through the lens of displaced plants in ballast — the waste material historically used to balance sailing ships in maritime trade. Dumped in ports at the end of passages as the ships took on more freight, ballast often carried “dormant” seeds collected from its place of origin that remained in the soil for  hundreds of years before germinating and growing.

Scientifically these plants are categorized as “ballast flora” for no other reason than that they come from elsewhere, in this sense the plants are metaphors for today’s undocumented immigrants. The ballast plants speak specifically to the forced displacement of lands and peoples through the transatlantic slave trade, but in Alves’ project they also literally and metaphorically hold open a space at the intersection of art and science to challenge and think expansively about our social, cultural and political history and possible futures.

Seeds of Change is a long-term project started in 2002 that has been presented in several European port cities — Marseille, Liverpool, and Bristol among them. This is its first iteration in the Americas.

[…] In order to contextualize Alves’ project in New York, and to understand distinct and often violent ways of land creation here, Maria Thereza Alves, Seeds of Change: New York — A Botany of Colonization is conceived as an ongoing collaboration between horticultural experts, students, and local communities at four sites: The High Line in Chelsea, Pioneer Works in Red Hook, Weeksville Heritage Center in Crown Heights, and The New School in Greenwich Village. Each of them brings their own distinct history to this project: the rails of The High Line tracked the seeds arriving in New York from the West on the underside of freight trains that would connect the industrial 19th century metropolis with the rest of the rapidly expanding country. The gardens at Weeksville Heritage Center contain the history of one of the first free black communities in the U. S., founded in 1838 by stevedore James Weeks, himself a freed slave. Perhaps most obvious is Pioneer Works in Red Hook, Brooklyn, a site built entirely on ballast ground.

The ballast plants in the Aronson Gallery stem from these collaborations, were propagated and cared for by students, children, and other community members since June 2017 at The New School and Pioneer Works, and will be transplanted into outdoor ballast flora gardens in spring 2018. In the exhibition, the plants are supplemented by Maria Thereza Alves’ paintings, drawings, maps, and poems made for the New York iteration of Seeds of Change. » [1]

“The jury unanimously awards Maria Thereza Alves the third Vera List Center Prize for Art and Politics for her boldness in addressing through art urgent questions of resistance to the homogenization of life itself. By reimagining the historical geography of the contemporary world, she practices globalization from below to understand the planet as a holistic ecology. Seeds of Change, since 2002, tracks the routes of transport of goods and people while making visible the dormant potentialities of soil, seas, and people. Artistic excellence is expressed across mediums and Alves’ critical practice inside and outside of the art world is key to the precise forms of impacts her projects achieve.”