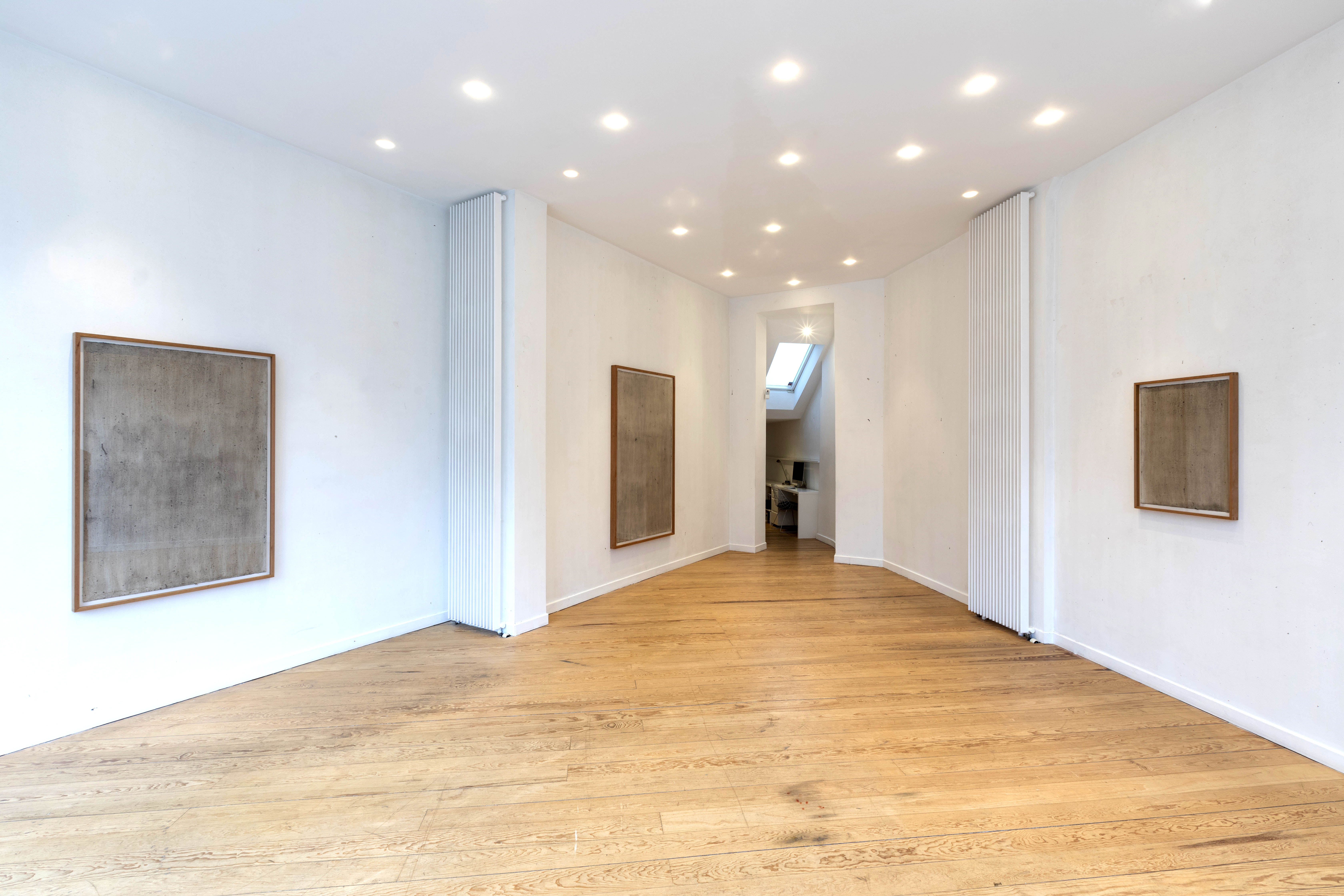 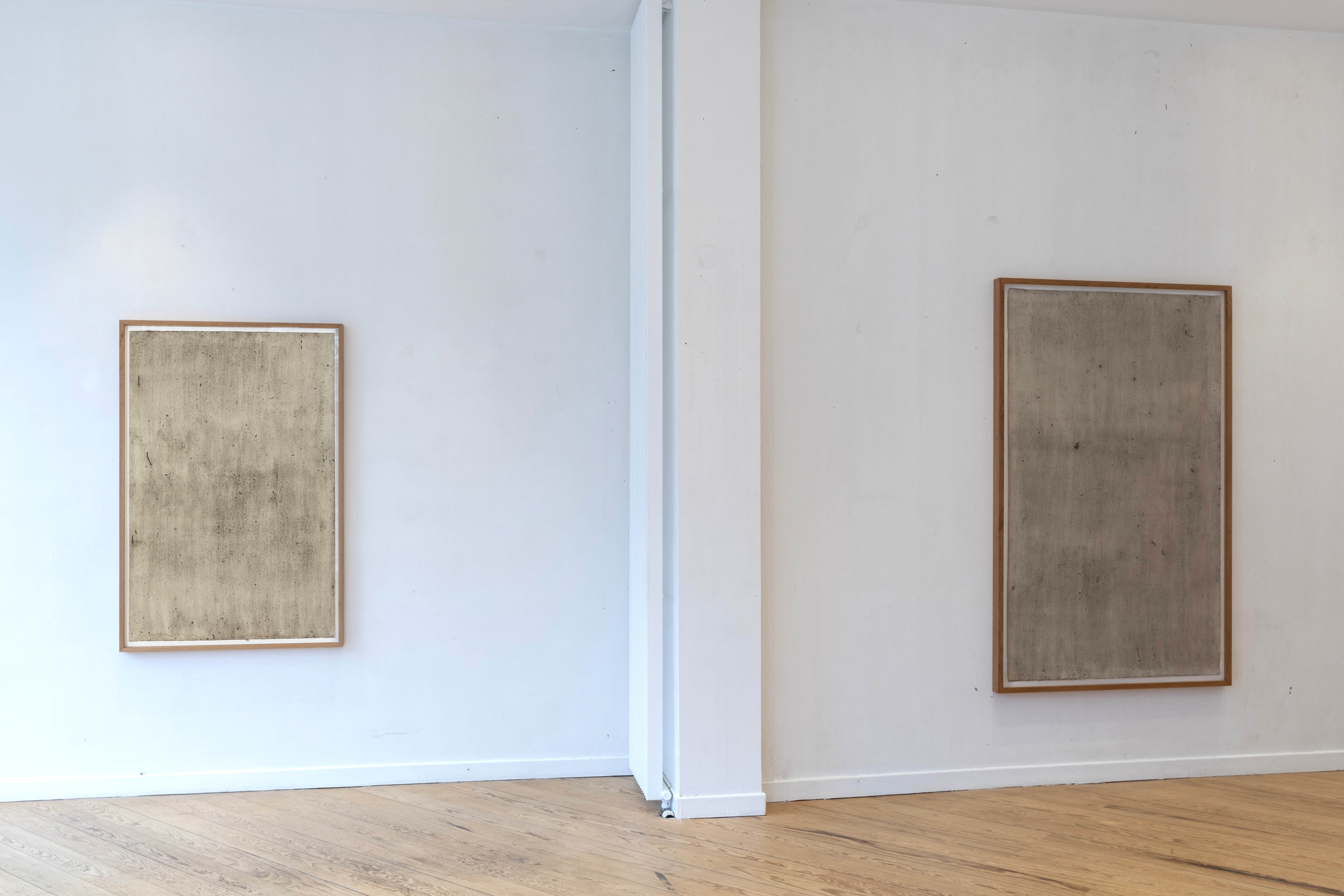 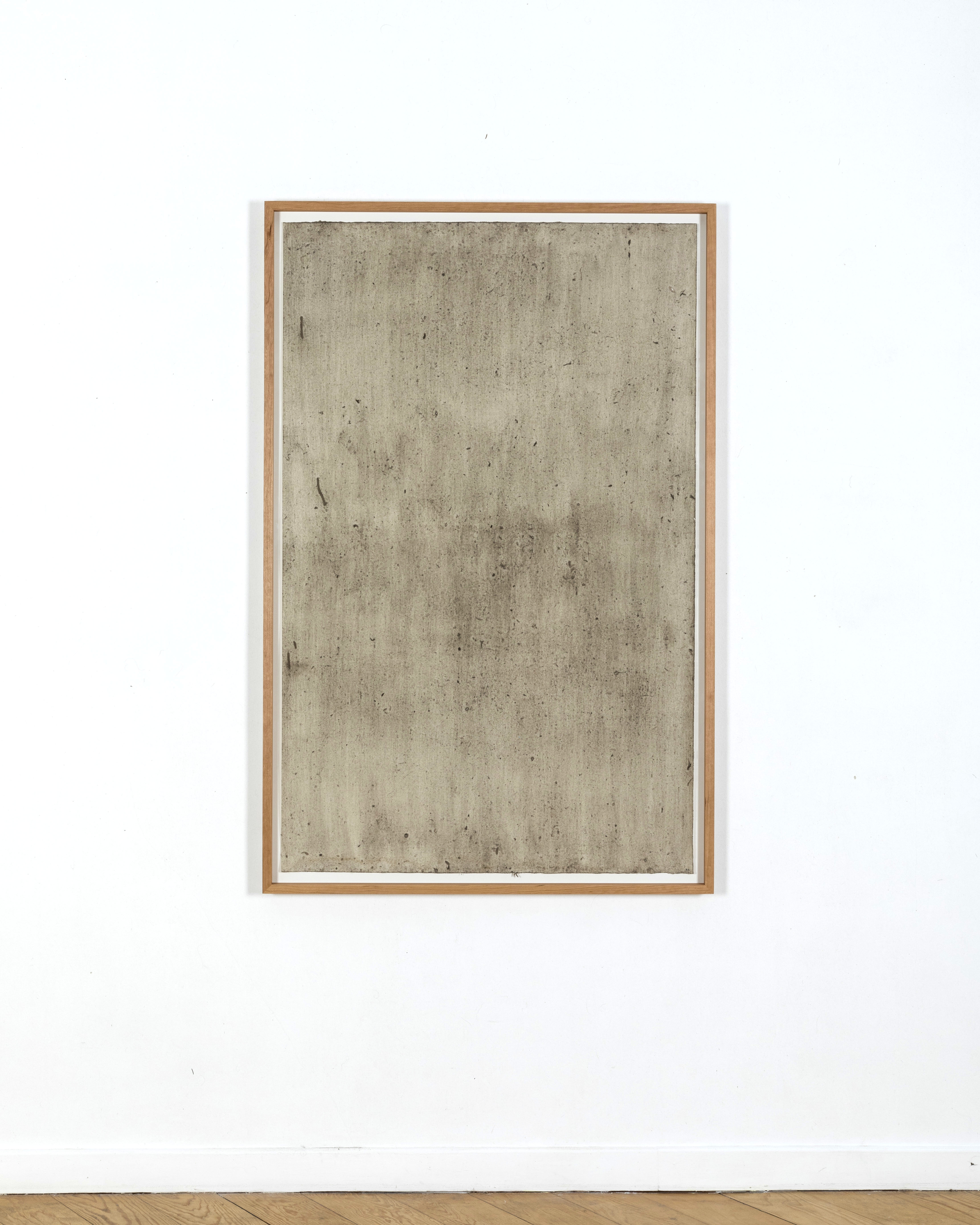 Vitone transforms the shapeless background of the monochrome picture into a repository for dust. Bound by nature to wind and air, to a constant airflow without a steady support, dust (the « anti-pigment par excellence ») meets with a destiny alien to its own nature. A dual slippage is thus set in motion: on one hand, the exhibition is no longer a way to show off a motionless artifact but, rather, the exposure to this very artifact’s atmospheric agents. On the other hand, the canvas is a repository for dust not only in the sense of the matter settling on it, but also as Storage space or archive for dust in and of itself. An unconscious archive, with no awareness of being such; and, at the same time, a chaotic archive, growing and changing – a crucial factor for an artist who had already worked on chaos and anarchy – in the absence of any regulating principle, any order... any arche?.

The author of these elemental monochrome pictures is a non-painter who is no stranger to unusual materials (smog and ashes) or even food (wine and saffron). A peintre glaneur, like the gleaners walking through a field of stray stalks of wheat after the harvest, as depicted in a painting by Jean-Franc?ois Millet and a documentary film by Agne?s Varda.

However, the world has changed since then: once poetical dust farms have turned into rubbish, waste, incinerators, smog, fine dusts... in other words, the very issues at the heart of our ecosystem. « What mattered was everything inside that smog, not what lay outside it: only by immersing oneself in the heart of the cloud, breathing in the foggy air of these mornings (winter was already erasing the Streets in an undefined haze) could one plumb the depths of truth and - perhaps – be free of it », as Italo Calvino wrote in La nuvola di smog (1958).

Another context, therefore, that seems to waning before the horizon of space debris... i.e., man-made objects (like spacecraft and satellites) sent into orbit above the Earth and abandoned there once defunct. Whilst the Sputnik satellite was the only « dead object » in space in 1957 (the year Calvino’s short story was written), as of today, Nasa has tracked over 500,000 units of space junk.

An artist like Luca Vitone, susceptible to the « crisis of cartographic reason » (Franco Farinelli) knows just how precarious our notion of the cosmos is. Dust does, indeed, « stick » to the small spaces it collects in – to the point where it stubbornly begins to re-form as soon as it has been swept away. A product of its location, as faithful as grapes to their vine. Yet these seven dirty monochrome pictures don’t draw maps of the places named in the titles; they don’t restore the places frequented by the artist himself, nor do they allow us to get our bearings therein; they’re not a sign of a specific time, nor weather. Like dirt itself... they’re monochromes in the wrong place.