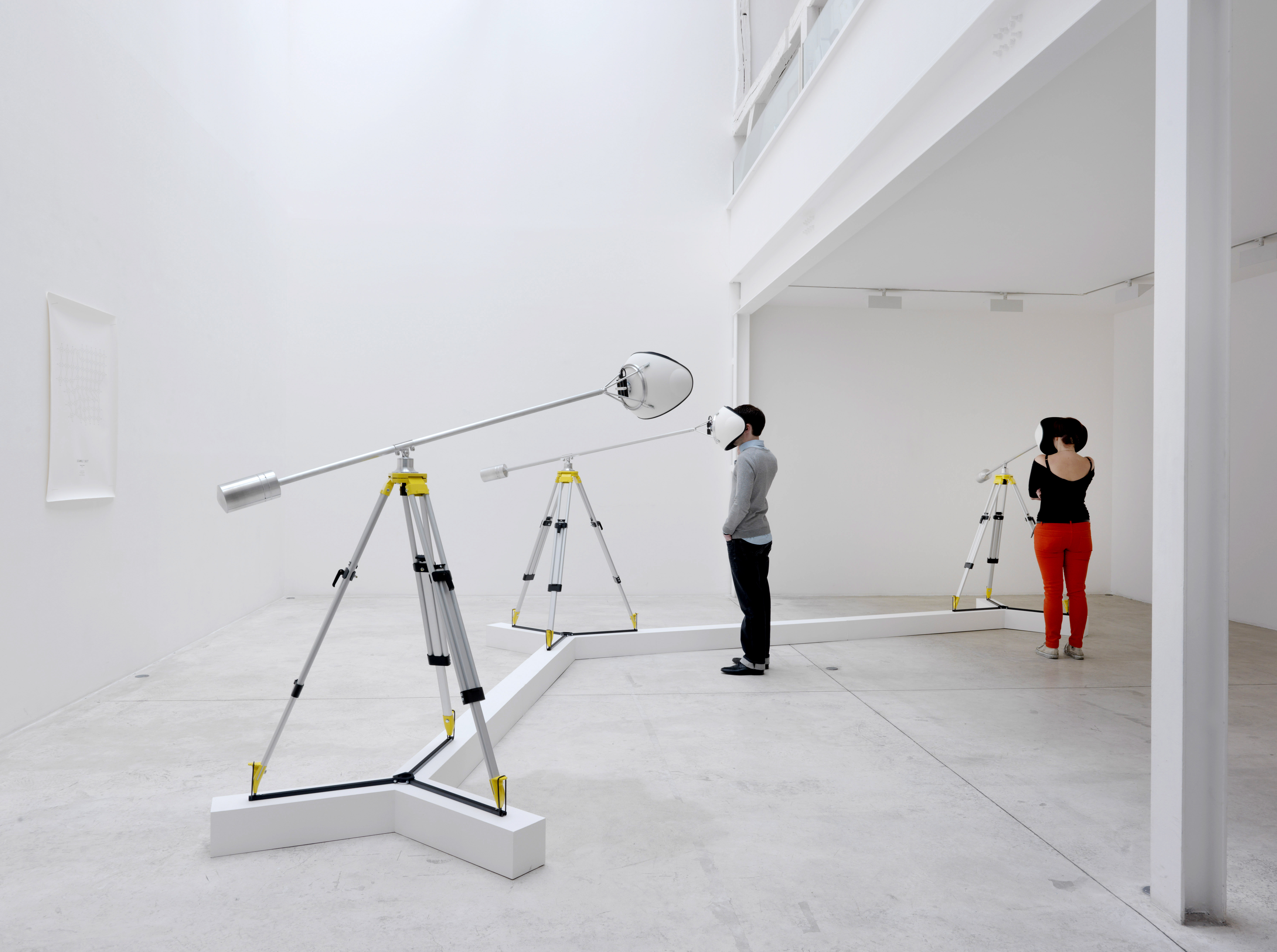 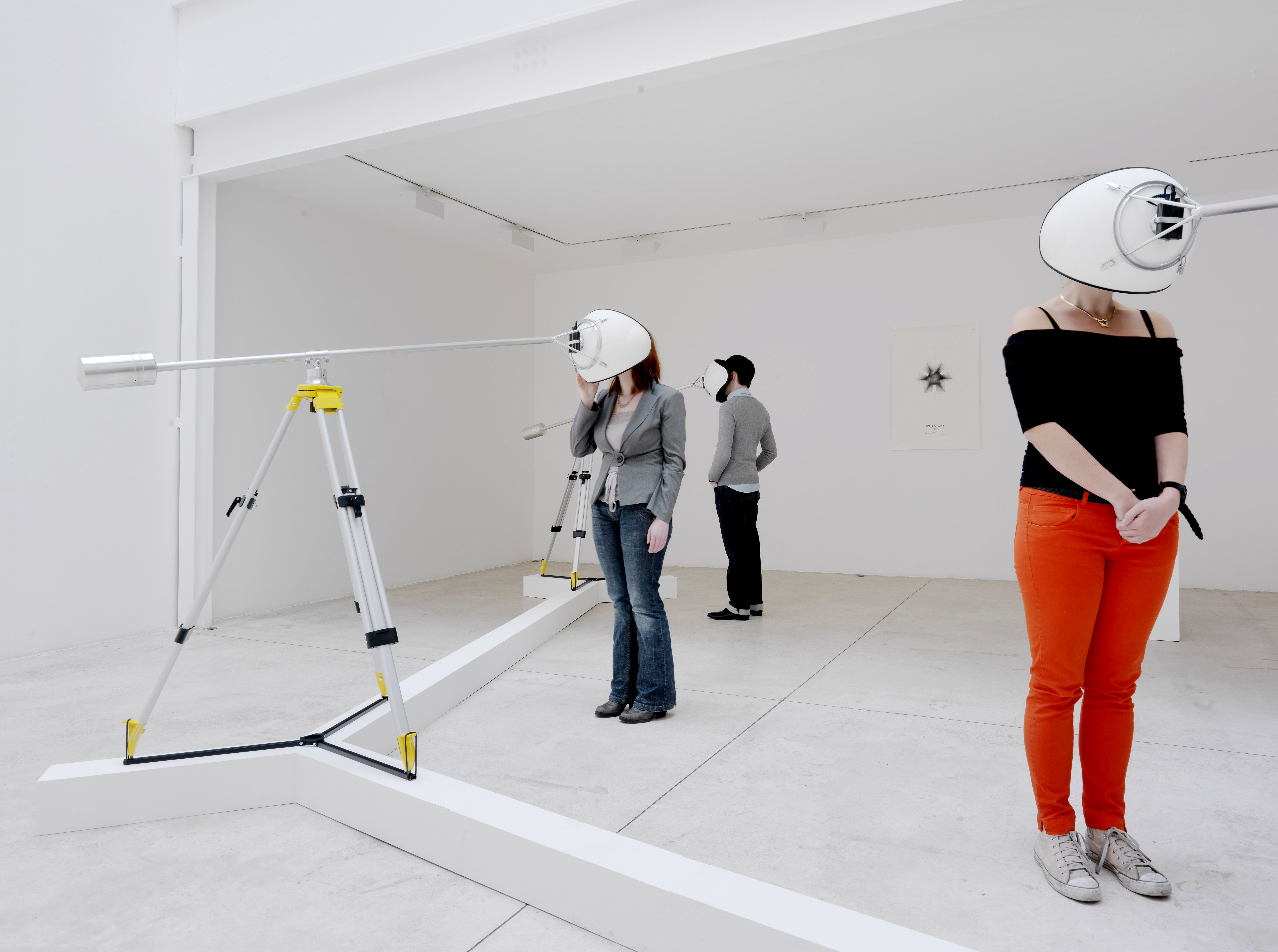 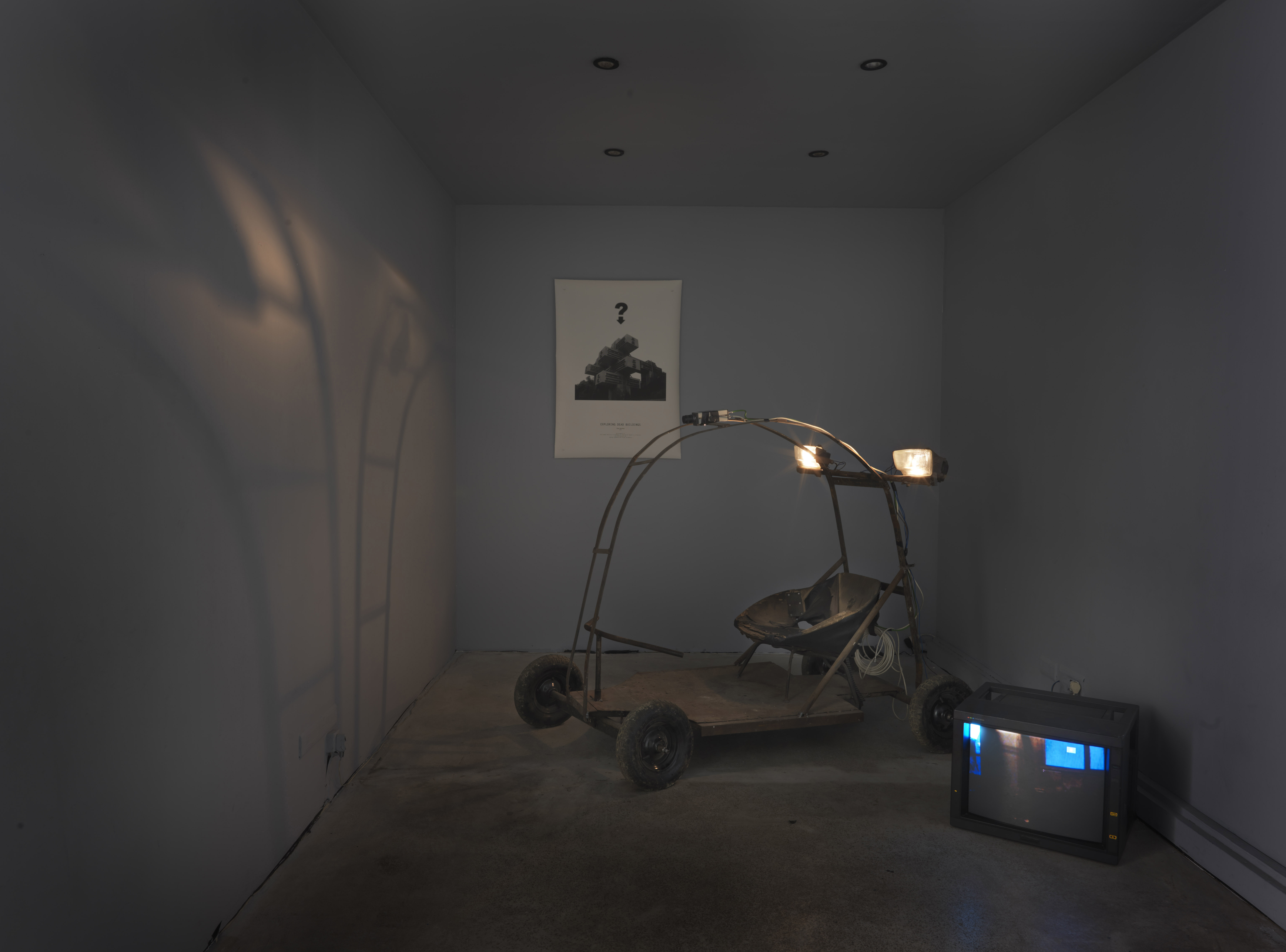 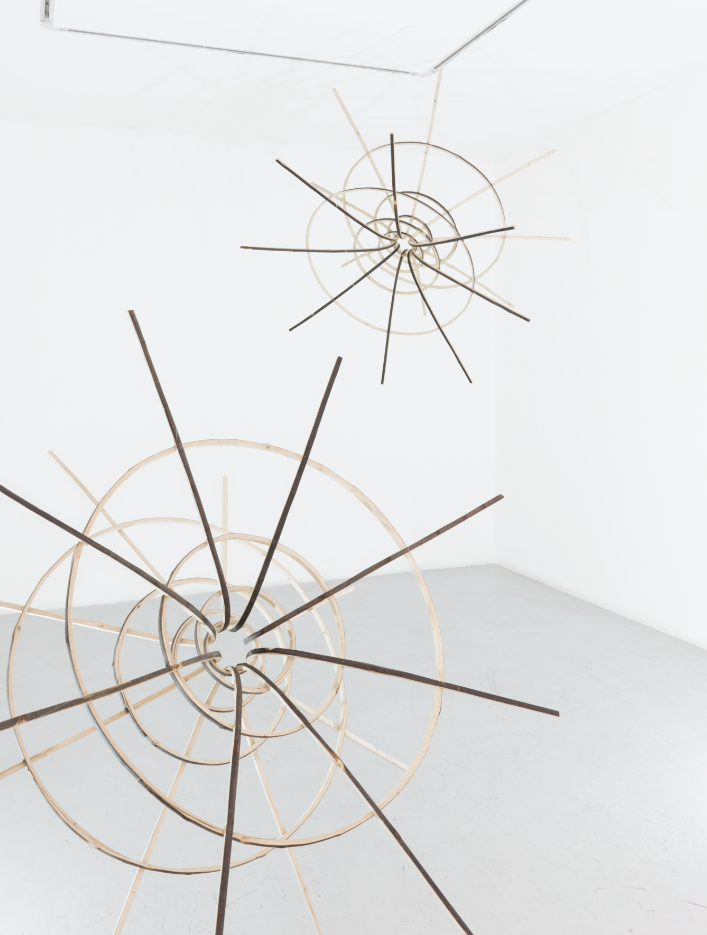 It is with this declaration, if not provocative, then certainly unusual, that Didier Faustino signaled his entry into the professional sphere of architecture. For his final degree presentation there was no question of him presenting a model, or a project for a building. He presented a bodybuilder lifting cast iron, showing the jury the power of the mortal coil as a dominating factor in the space which surrounds us.

This same image was used for the front cover of Artpress (1999) and hailed Faustino's "adoption" by the contemporary art world. By putting an emphasis on the body in all its intimacy, in the 90s Didier Faustino's work found itself echoed by certain equal rights activists. Without searching to be a militant, Faustino found himself carried along by these causes and used performance, video, design and construction to edify, what remained for him, a question of architecture.

Didier Faustino voluntarily sites Vito Acconci and James Wines as insertions for this bouncing between creative practices, to underline that those that create can escape being definitively pigeonholed. His work testifies this. Using a multiplicity of forms, often radical, he develops an exchange with the observer whilst his motives remain those of an architect, looking for narration and fiction.
Both Body in Transit, a flight-case to smuggle a person, and One Square Meter House, a 17m tower with only one m2 of floor space, directly show us the artist's preoccupation with the body when producing space. They also make us question how far the growing demands in society will go to constrain the body.

In the end it is often outside of the small world of architecture that Didier Faustino's intentions succeed: private backers, approach him to imagine installation for them and to realise their unusual dreams. A more standardised architect could not satisfy these desires unless they were based in reality. In this same way, the art world has found in Faustino an imagination which pushes concepts to such a limit that we can no longer make the distinction between an habitable sculpture or a sculptured habitat.

This is also to be seen in his apartment project in Beijing, Home Palace (2004) where the furniture was replaces by a system of straps hanging from the ceiling and in his confiding alcoves (Zentral Nerven System, 2005-06) suspended by straps and installed into the spaces of contemporary art collectors.

For his first exhibition at the Galerie Michel Rein, Didier Faustino plays greatly with the fictional aspect of his work. Fascinated by science fiction literature, notably the work of Philip K. Dick, he draws heavily on the artifacts that allow him to link architecture more and more into the fictional narrative.

At the centre of the gallery, the installation Instrument for blank architecture made up of a land surveyor's tripod holds three helmets, mini isolation booths into which the public are invited to plunge their faces. They are not faced with any images but a sound track repeating the line "Don't Trust Architects". The makes us reconsider even his status as creator, as he changes his visitors into actors,  and creates an unusual performance triggered by these intriguing objects.

One fiction feeding another: Didier Faustino collaborated with the writer Virginie Despentes in the production of her new feature film inspired by the novel Bye Bye Blondie. Two women, old teenage friends, find each other in later life and become lovers. One decides to create a refuge in the apartment of the other. Working with the director, Faustino created this "module" using discarded sheet metal. In this exhibition he charts the creative process of Scramble Suit.

Another story: this one developed following an invitation to a conference organized in an incredible contemporary wasteland in Tbilisi, which, until recently, held the motorway ministry. Didier Faustino created the project Exploring Dead Buildings  on site which allowed people to explore the architecture: a rough vehicle, a video… witnesses of a short-lived action.

On a stand, the artwork Hidden Pavillion sends the visitor straight back to the traditional vocabulary of architecture. A model which isn't a model, sculpted from a bloc of marble, gathers together three founding architectural motifs.

Finally, The Wild Thing, wormholes made from stripped branches of chestnut trees, floating in the gallery space, follow on from a project started in Japan with professional bamboo craftsmen. Another place, another technique, another culture… From this absurdity of creating a mathematical reproduction with the aid of natural produces we clearly see the trinity of Faustino's work: art, craftsmanship and architecture.