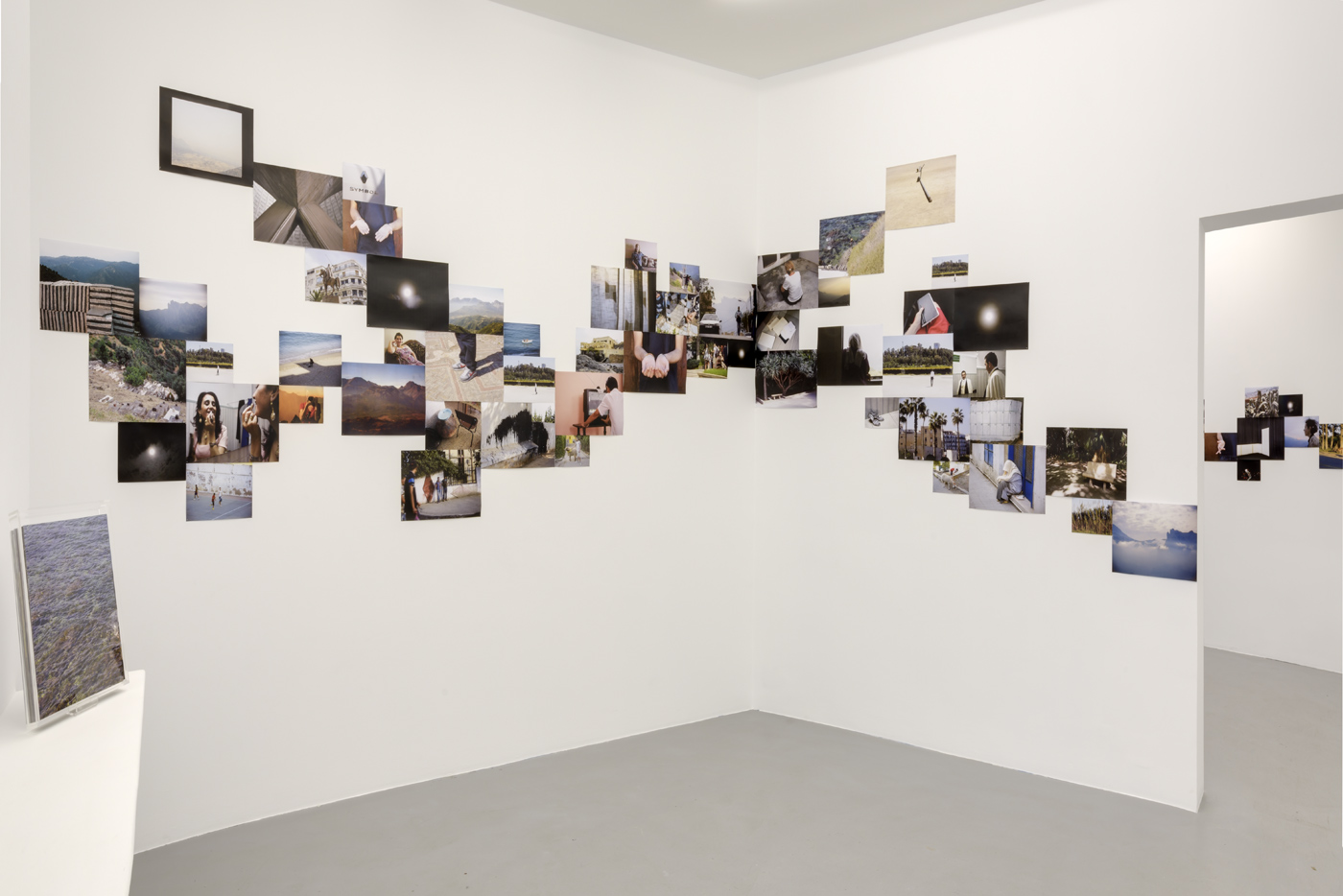 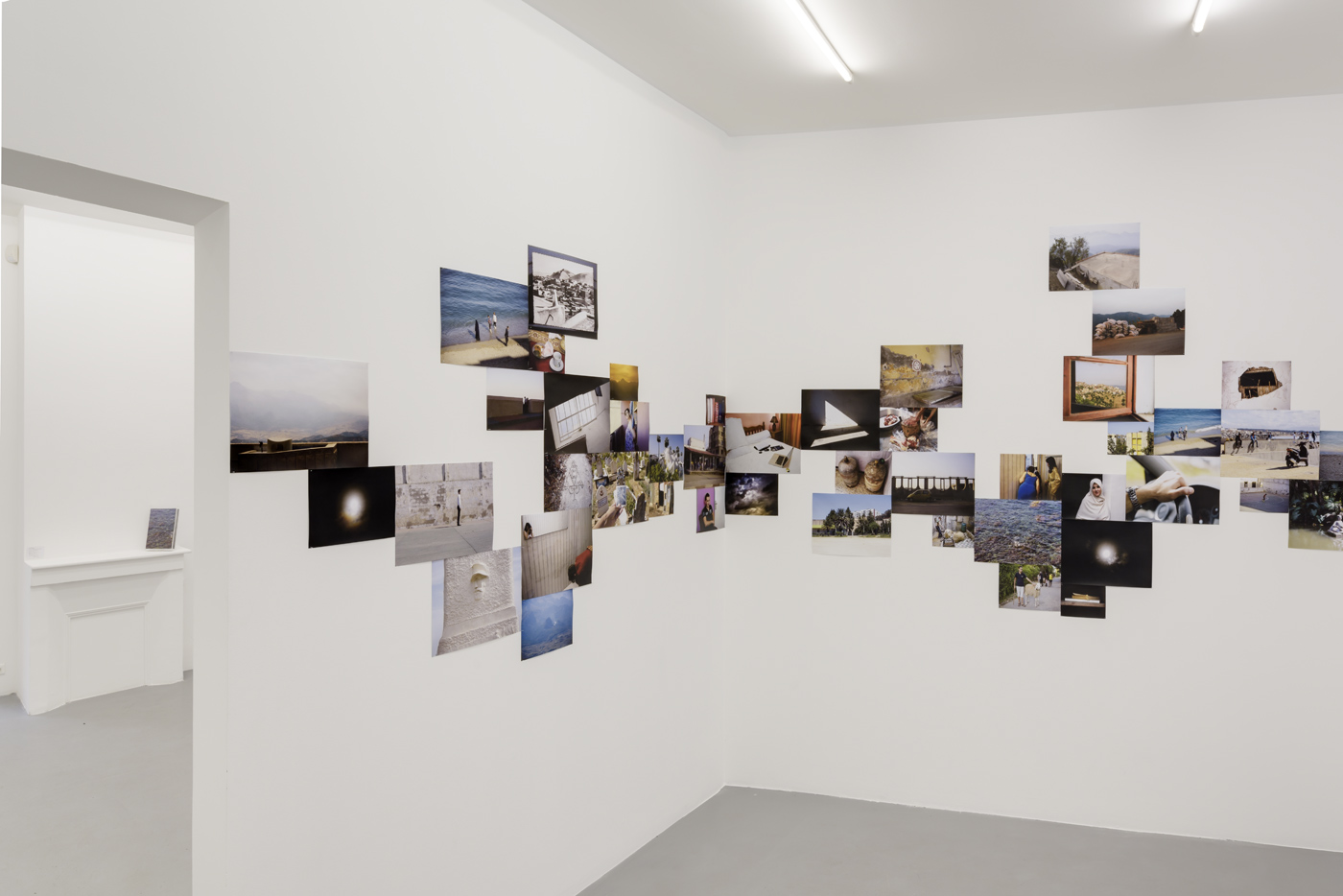 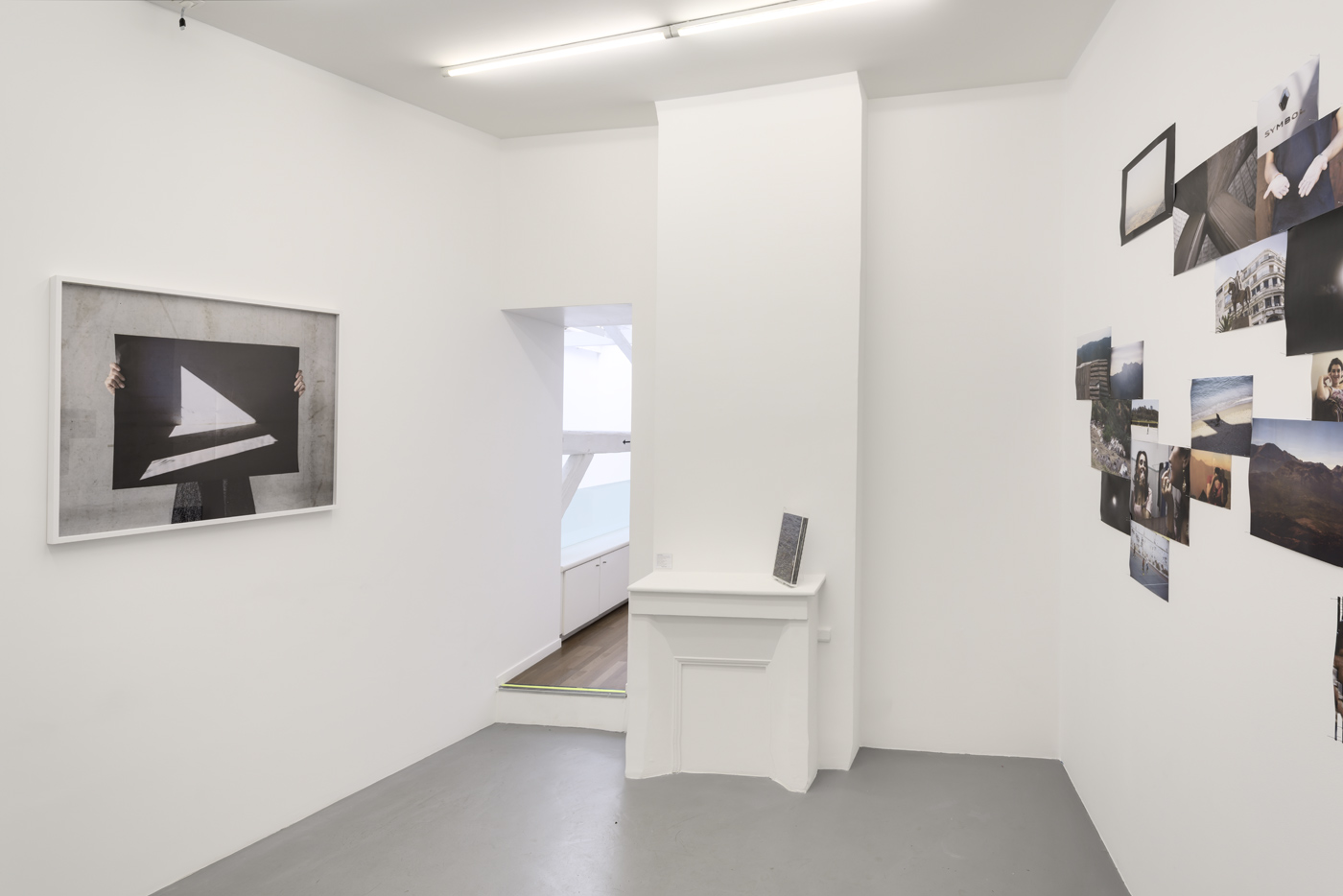 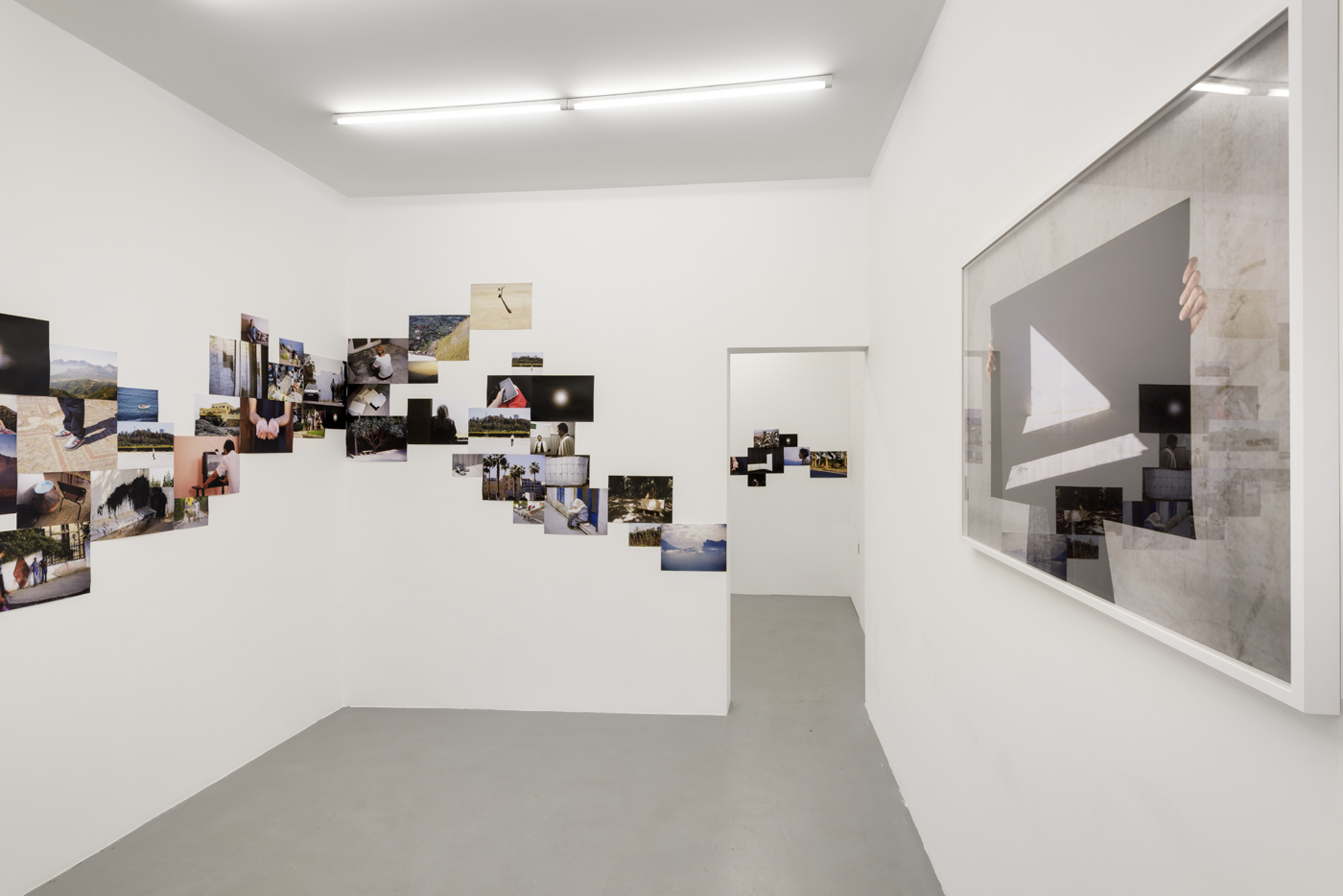 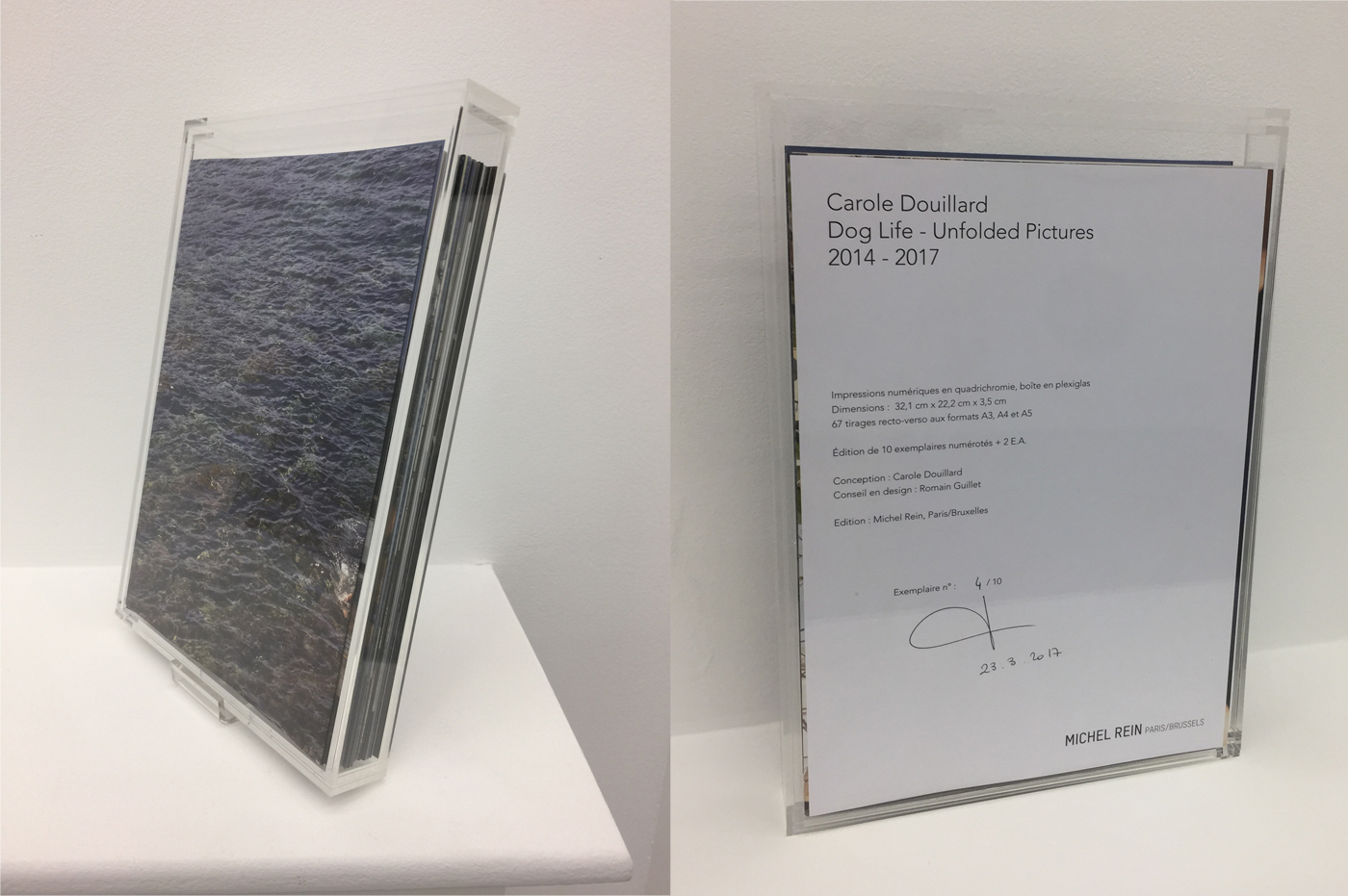 Dog Life - Unfolded Pictures, the first exhibition of Carole Douillard at Michel Rein gallery, constitutes a new step in a research project the artist initiated in 2014, in Algiers, with the support of the CNAP[1]. The next opus will be the shooting of a movie in collaboration with filmmaker Babette Mangolte in Algeria.

Through the 134 images exhibited on the gallery walls, Carole Douillard unfolds a delicate cartography of a country that is both known and foreign to her. By doing so, she confronts her projection of “homecoming” to the reality of a society torn between its desire for change and the statu quo of a too familiar – images the artist yet unfortunate - situation.

Folded, unfolded, and outspread, the selected from a corpus of several hundred photographs taken between 2014 and 2016 are like these intimate shots one likes to keep in between the pages of a book, in one’s wallet or pocket. Glancing at them is enough to wake up the whole world they retain.

From the landscapes of Kabylia to those of big urban complexes built during the spurt of a modernity shut down by the war and several years of terrorism, Carole Douillard unravels the illustrated tale of a story struggling to be told – hers to begin with. A story in which family gathering’s cries of joy get mixed up with those of horror from the “dark” years.

Dog Life is also a story about bodies and their attempt to blossom within a society that everyday claims more right to control them. Carole Douillard likes to watch men waiting around in the streets: men which attitude is so distinctive that a specific term was forged for them. The passiveness of these “hittistes”[2] who wait around, like some Samuel Beckett’s characters lost in an essay of Michel Foucault, only highlights the restlessness of women constantly going about in the city.

The duality of a society that induces sex segregation also evokes that of a social one. Through this ambivalence, and from the recording of a geographic territory, Carole Douillard succeeds in shedding light on a real mental one.

Her photographs are like double images crossed by common references to both cultures as a driving force in the construction of a plural identity and a necessary reminder of the memory. By going back to the sources of her culture, Carole Douillard unearths the story of a complex relationship between the Western and the Eastern world that, like many others, she inherited.