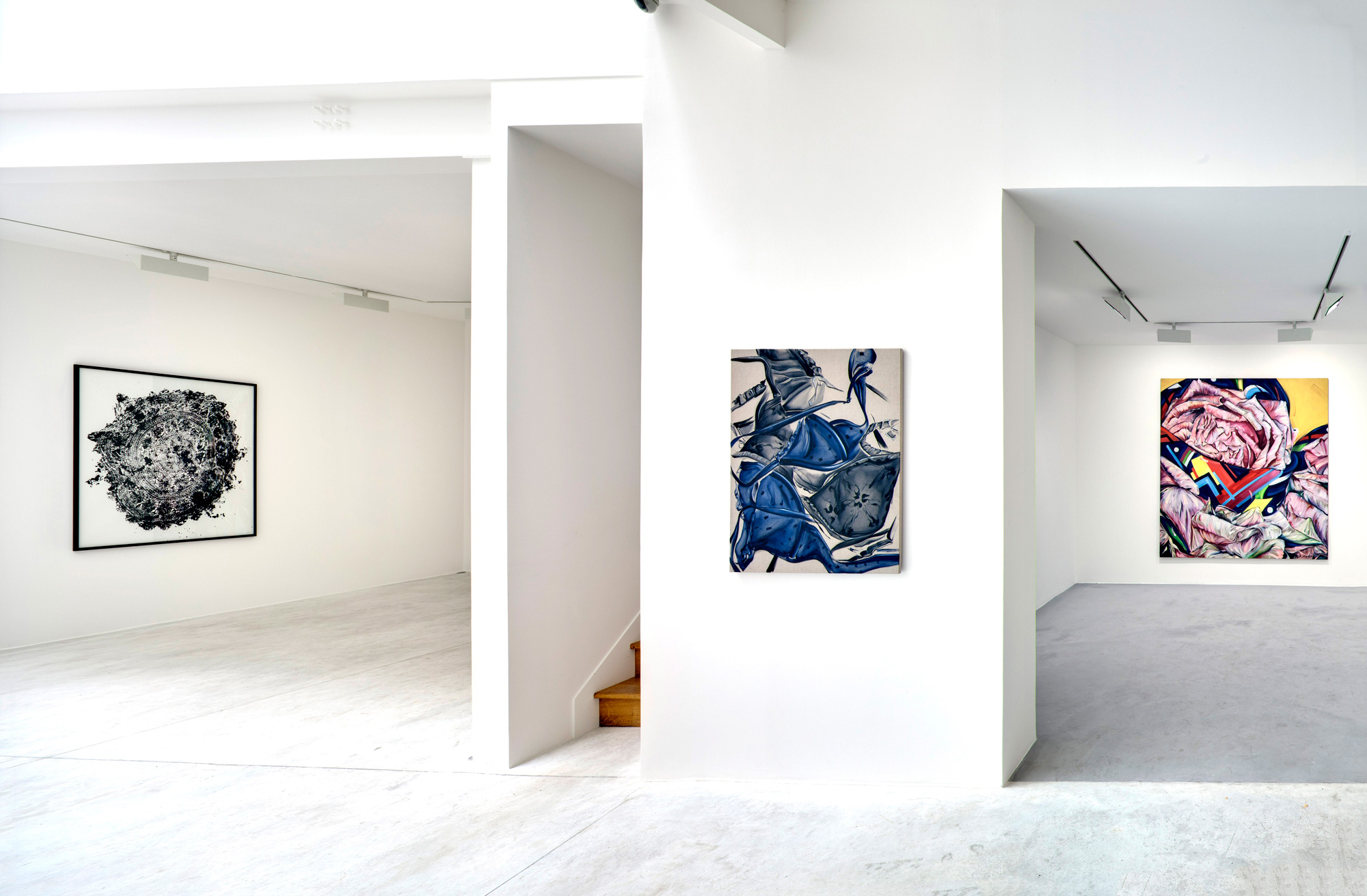 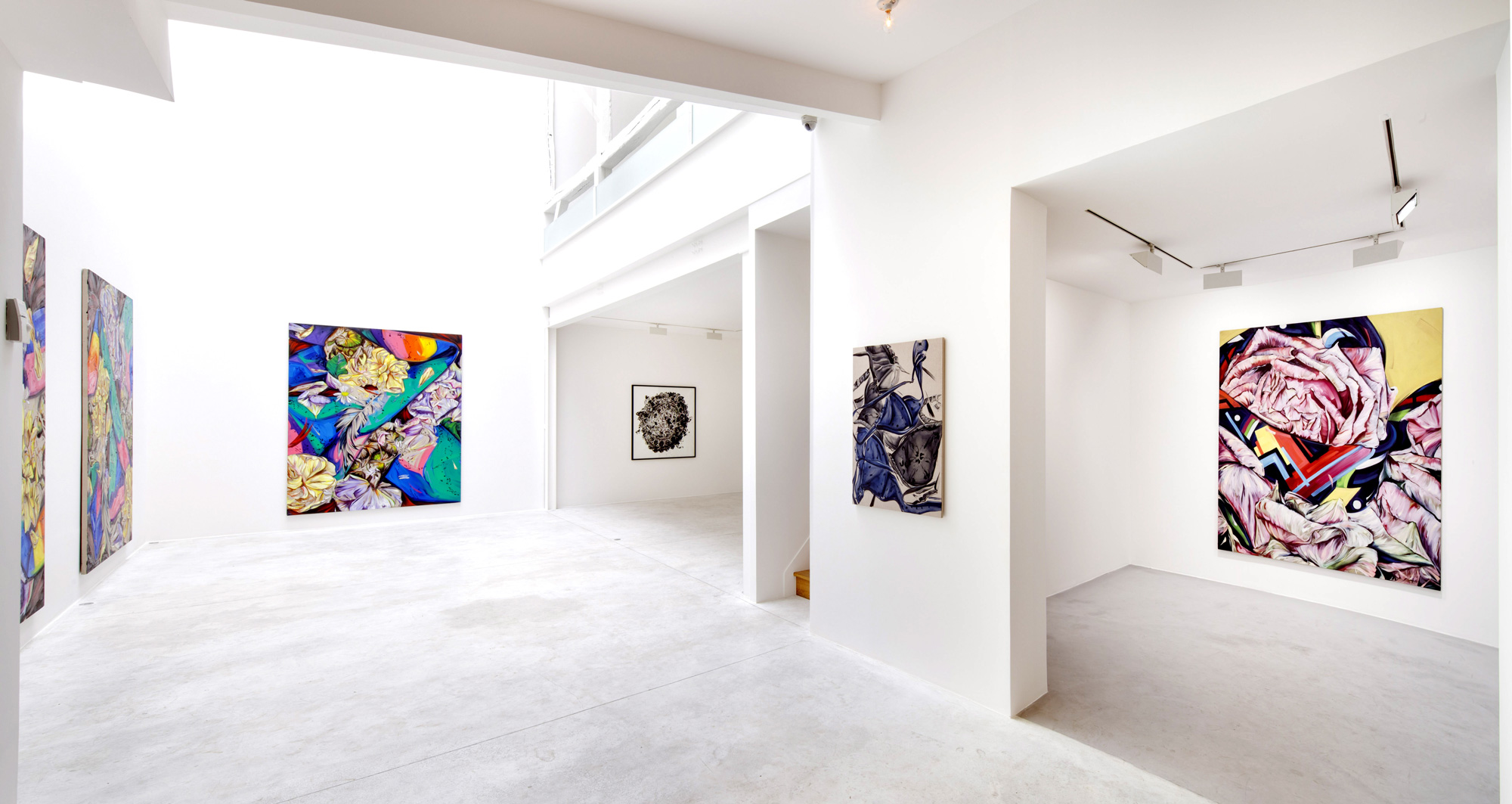 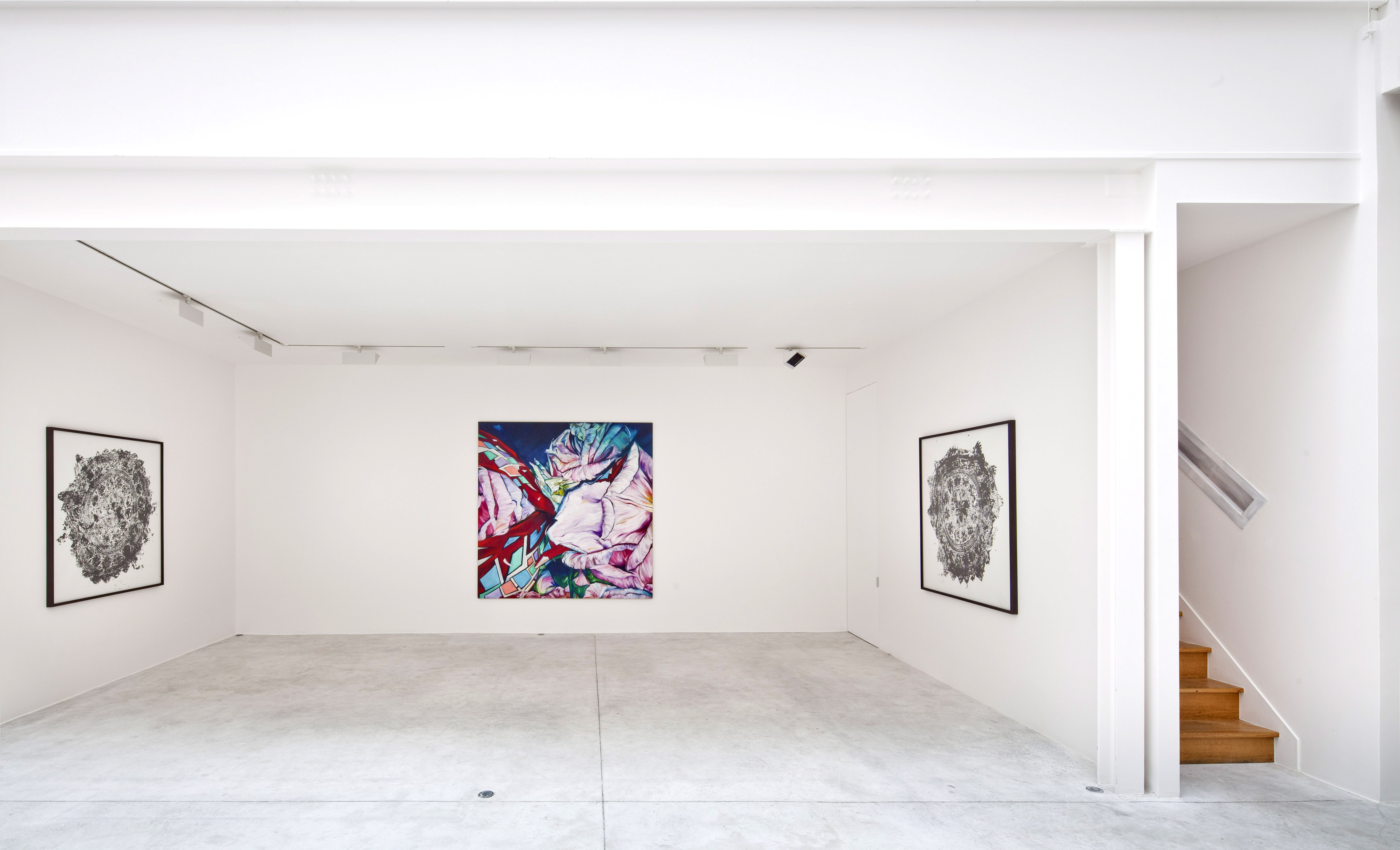 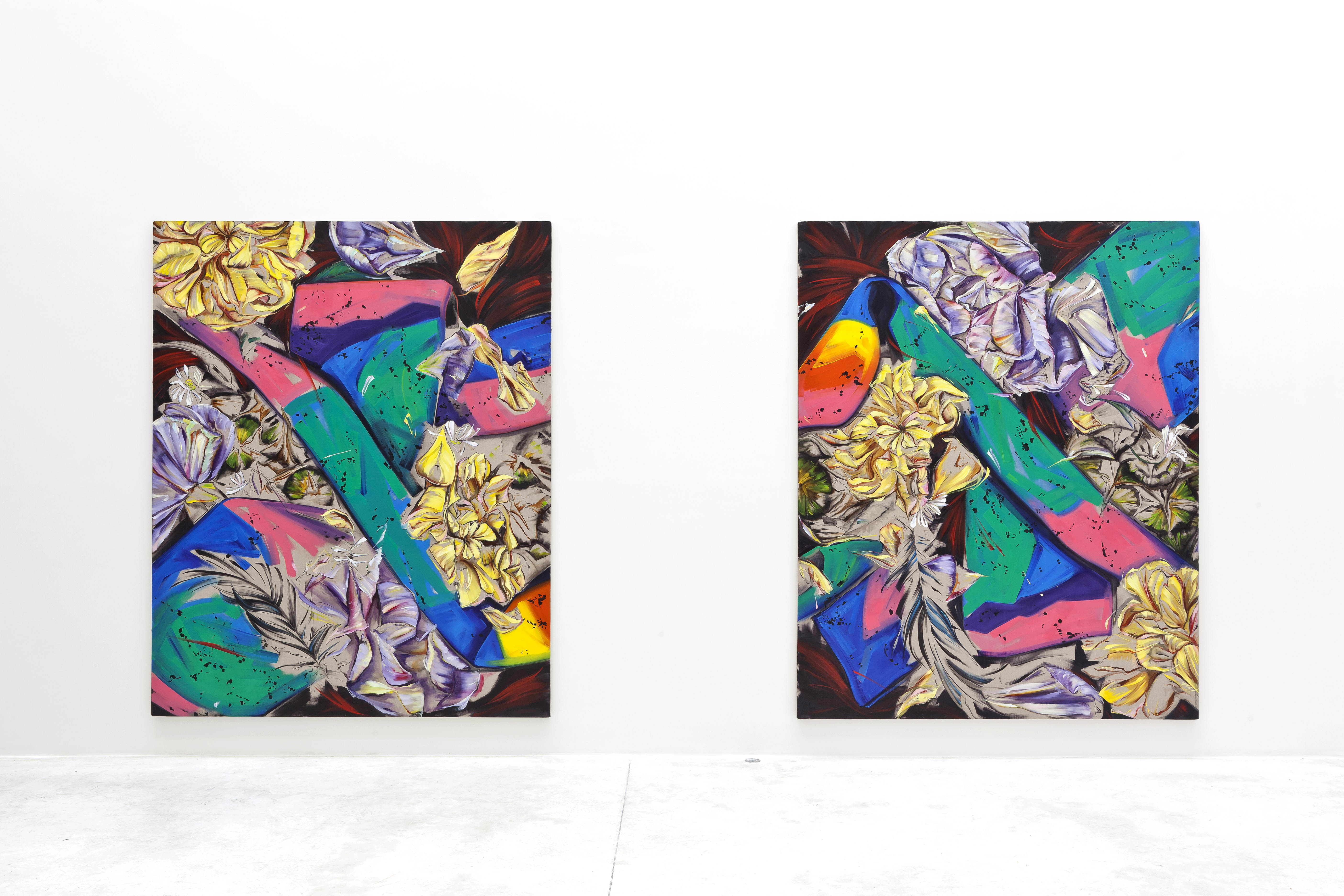 "These compositions, created on a scanner or from photographs, are magnified scenes of debris. Each scan or photo is taken after a number of experiments to find an interesting rhythm. The choice of the elements is first and foremost determined by their graphic qualities and their visual merits. A tie has the particular quality of being a common material which can create a number of graphic layouts and abstract motifs; it's also a reference point which goes further than being simply a social or aesthetic symbol.

The first stage of the composition uses a ready made abstract element and confronts it with a more organic motif, such as roses. A wide field of contrasts opens up, between the colours and the layout, lending the composition a certain cadence. They are transcribed onto large formats following a stylistic combination of emphasis and restraint. The aim is to find the point where we teeter between rapture and repulsion.

The imprints are created by a forceful throw which leads to the flattening of a flimsy, limp object. The shapes created by the minute details of the crocheted doilies are revealed by a procedure of repeated heavy staining. These stains succeeds in attaining a pleasurable aesthetic. The obtained pattern can be reproduced, in negative, in a random style on the ties of the triptych. The process, therefore, for the prints as well as for the paintings, mixes a certain amount of random chance, emphasis, attention to detail and haphazard scribbling to create this shaky harmony.
This assumed style is framed tightly giving off a voyeuristic quality of sorts. An ambiguous ensemble is created, at once both degrading and voluptuous. Far from wanting to arouse an easy collusion with the spectator, attracted by what they may believe as being kitsch, I prefer to display a taste for old fashioned and refined triviality."