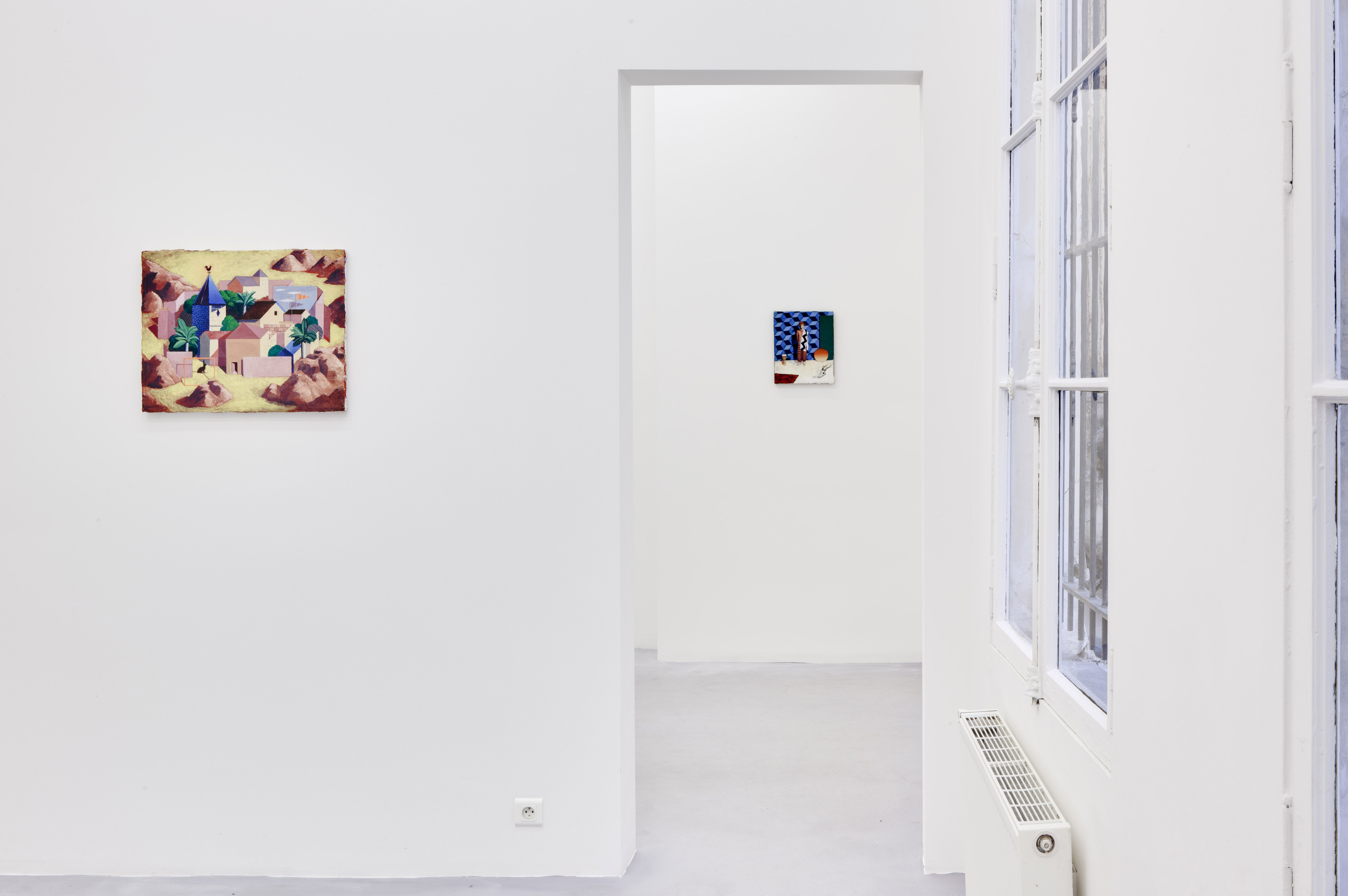 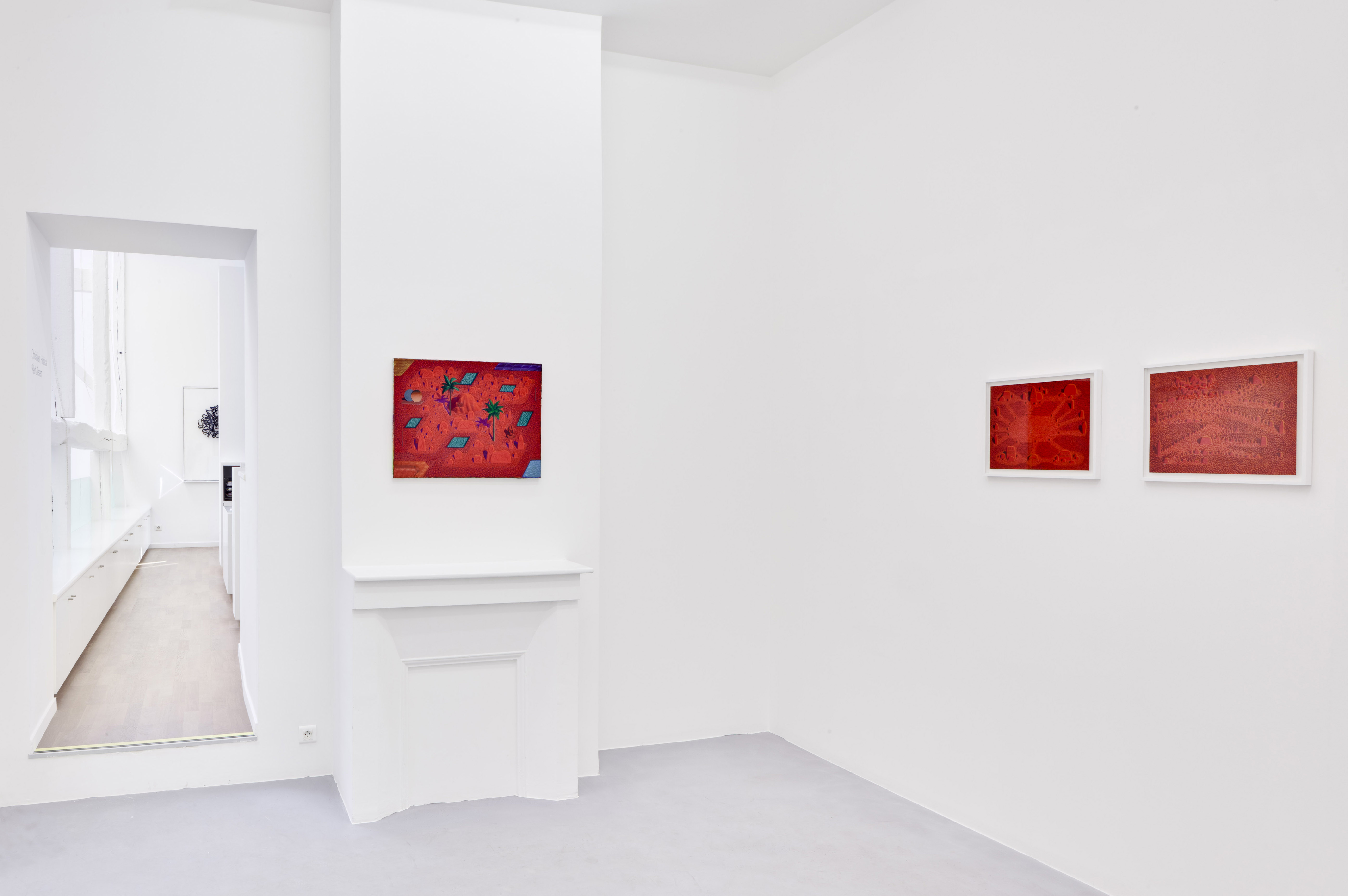 These paintings were developed after a trip to Volubilis, an ancient Roman outpost in Morocco. Afterwards in Fez I made a set of tempera paintings with this excursion in mind. Deliriously, I thought of many things alongside the visit - the setting sun in the Utah desert which turns the rocks a blood red, the poignant absence of Volubilis’ former residents, William Stukeley’s1 engravings, Aboriginal art and our lack of comprehension when looking at the Naszca desert drawings apprehensible only from above.

How must it have felt for this community to find itself on the periphery of the Roman empire? The merchants and military personnel that formed the small elite of this town must have felt so far removed and perhaps even alienated from Rome. The mosaics, often situated around pools in courtyards, expressed fluctuating tastes- some were terrible and some were masterpieces.

I imagined the owners proudly showing their latest floor to visitors who might have found themselves a little jealous or laughed privately at their poor taste. So too the artists relationship with the client was as fascinating and the will power (and wealth) of the client to get the best out of the travelling mosaic craftspeople (surely such a marginal scene wasn’t good to be a part of for too long?). Each mosaic expressed a level of sophistication and connection to Rome where the latest styles were set.

This marginal community desperately needed to be defined by its connection with its capital, which in turn probably cared little for it. Volubilis appeared to have been a small time participant, an aspiring spectator to the grandiosity of Rome.

The question now in making images of a landscape is not to describe something topographically which already exists, or even ideological subtexts that we already know, but to attempt to let something speak that we must believe is as yet unknowable, at the margins of the imagination, the barely discernable, the unfamiliar.

Ever since places like Volubilis were built, the desert became an alien, unreachable place that lay beyond, on the other side of the Atlas mountains, quite out of reach to the settled, marginalised colonisers. Standing in Volubilis today feels less like a remote outpost than a former frontier, a boundary marker, an edge of the known world and the ever expanding languages used to describe it.