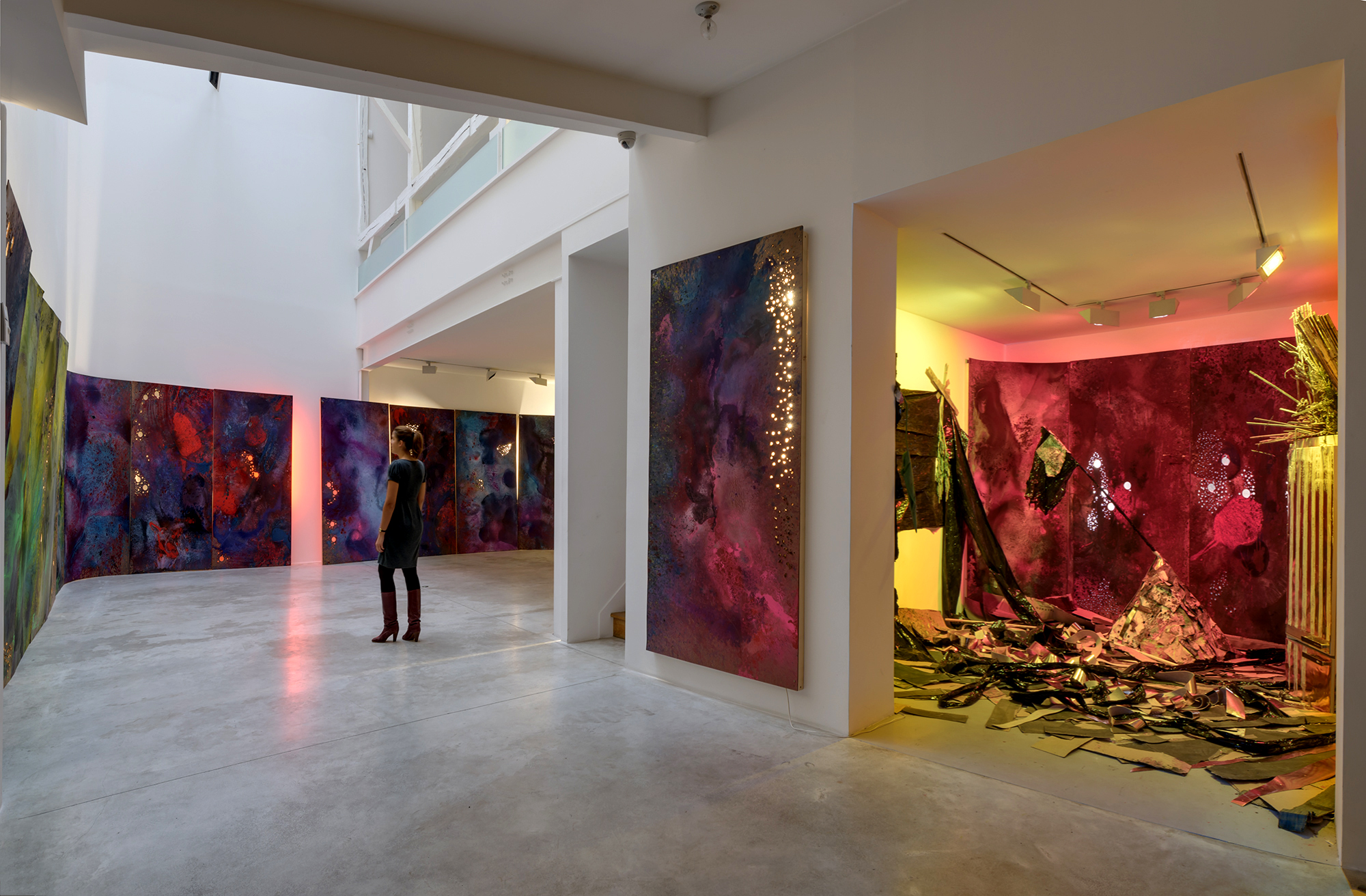 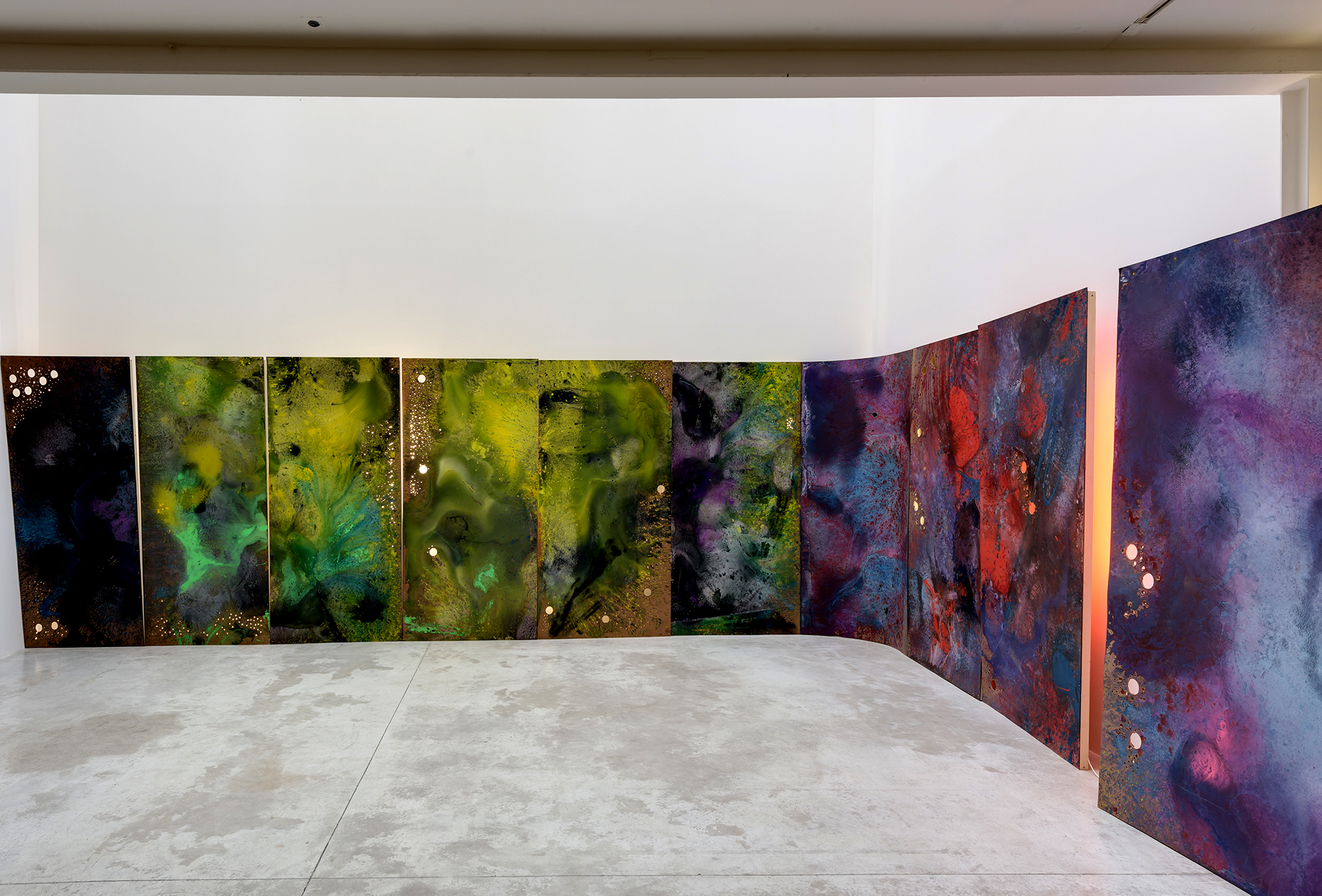 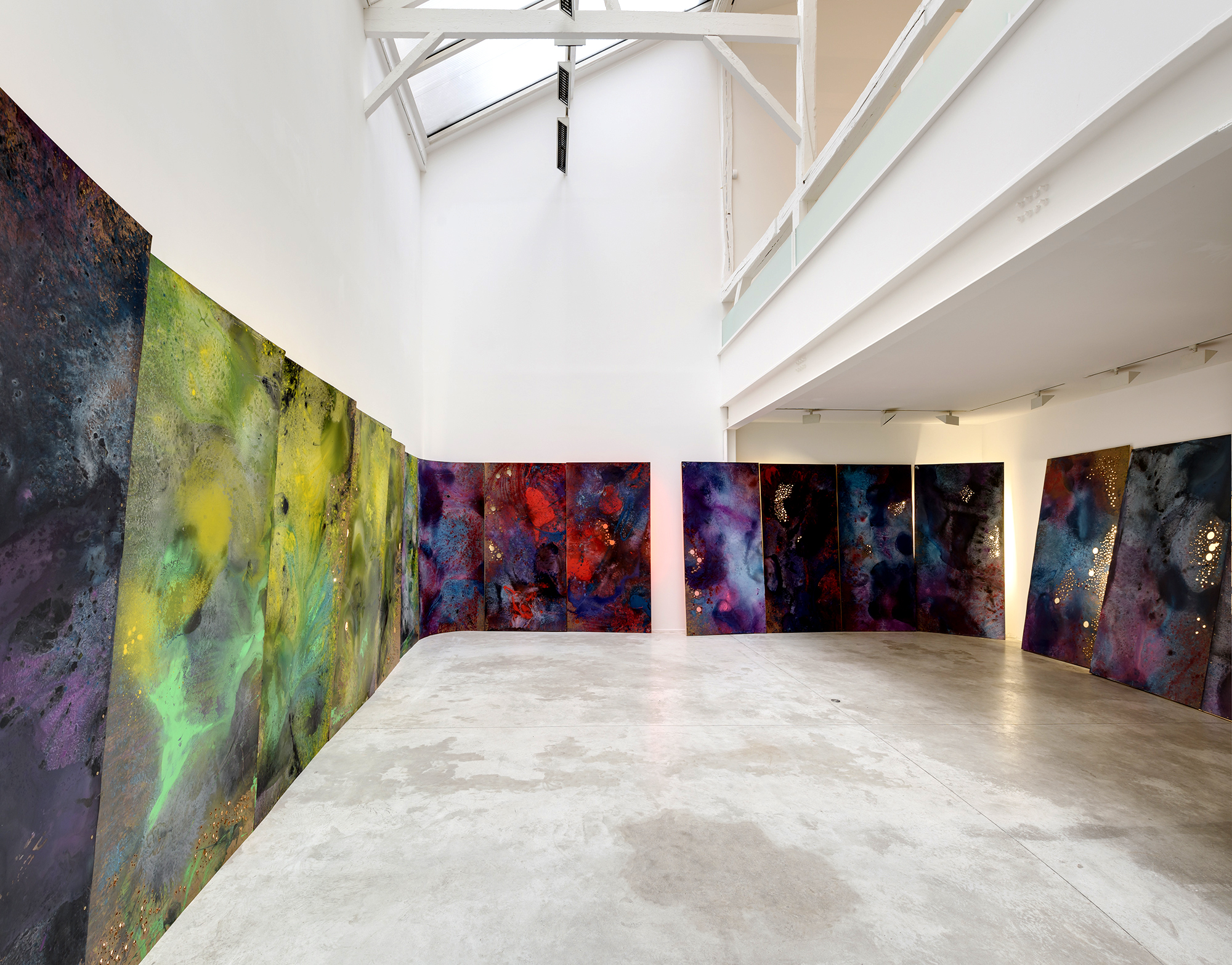 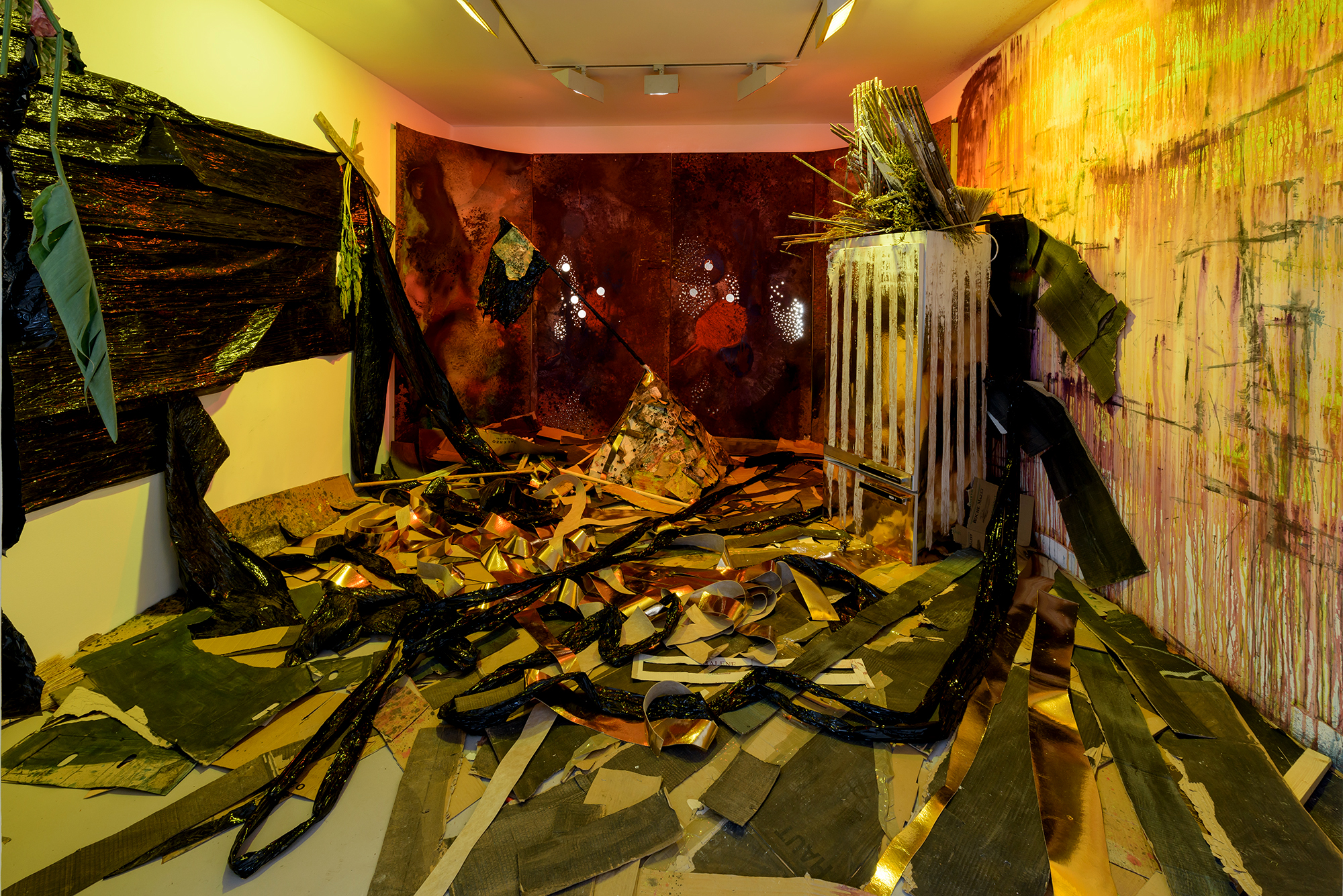 “In the way the Big Bang theory serves as a cosmological model for the history of the universe, works by Abigail DeVille weave together temporal and spatial deviations to deliver new models for its future.” (Nico Wheadon[1])

For her second solo exhibition at Michel Rein gallery (after Beyond the Veil, 2012), Abigail DeVille pays homage to America and to those who created it -from pre-Columbian cultures to slaves of African origin, via French overseas colonies through to invisible minorities of today. In order to do this, she radically modifies the exhibition space: “What I want is to disrupt the spaces that welcome my works.” And in order to build, one must destroy; recover and change abandoned objects surrounding us in order to see them in a new light.

Drawing inspiration from Mayan pyramids, Abigail DeVille scatters the space with pyramidal structures rising from the ground or falling from the ceiling. Are these structures under construction or, on the contrary, traces of a long forgotten past? In this way, she indicates that for this project "all of the Americas are united at every period in time." The formal language of the artist is like a secret code for which the key has not yet been found, between archaic forms and afro-futurist symbols. It's about "transforming space in a territory"; a symbolic way of winning back entire neighbourhoods, currently being transformed by their gentrification, although they are traditionally Afro-American.

In her sculptures, installations and environments, the artist therefore questions everyone's place in society, but above all the absence of place that some are victims of; those that society cannot or will not see, the excluded, whoever they are. Abigail DeVille is an archaeologist of daily life, digging out amongst our waste, a perfect definition of society; while her immersive and proliferating works are post-apocalyptic in appearance.

These creations, site specific, taking deeply into account the context they are met with, speak an urban language, that of deprived neighbourhoods, of poverty and the struggle of minorities to exist. However, it's also a theatrical work, staging current problems. Her constructions are all pretences of archaeological research; rich in historical, cultural and societal references; whereas her opaque installations are the reflection of repression and discrimination issues.

The artist uses architectural debris or domestic waste; whatever the street gives to her, she gives it back a hundredfold with her punchy works. As she puts it “I’m interested in telling invisible histories, about groups of people that occupy the space that no longer exists “. The magic of her work will maybe allow visitors, through a space-time short circuit, to steal a glimpse of these people and places, today disappeared to our eyes.

[1] Nico Wheadon is a New York-based writer and curator.