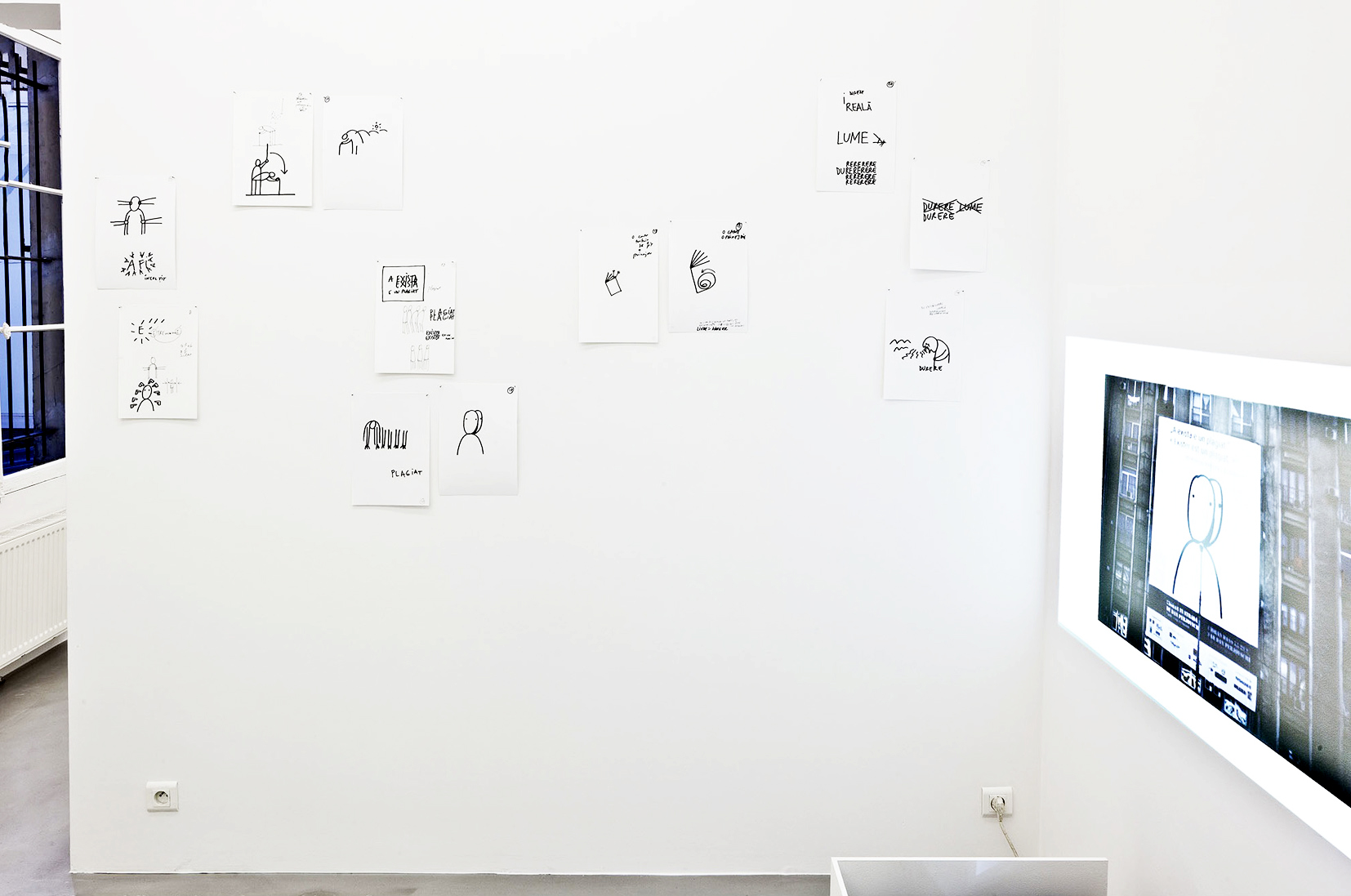 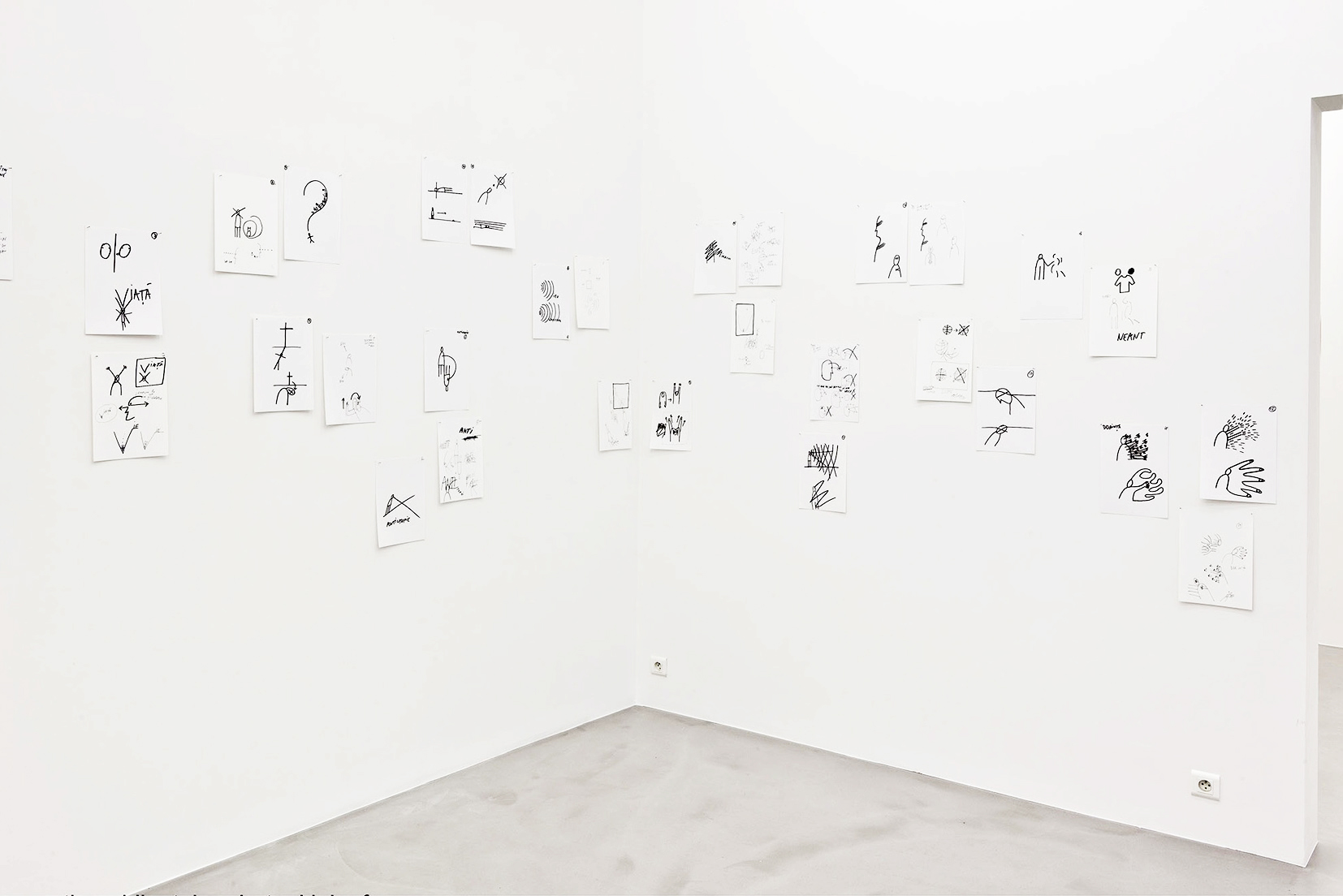 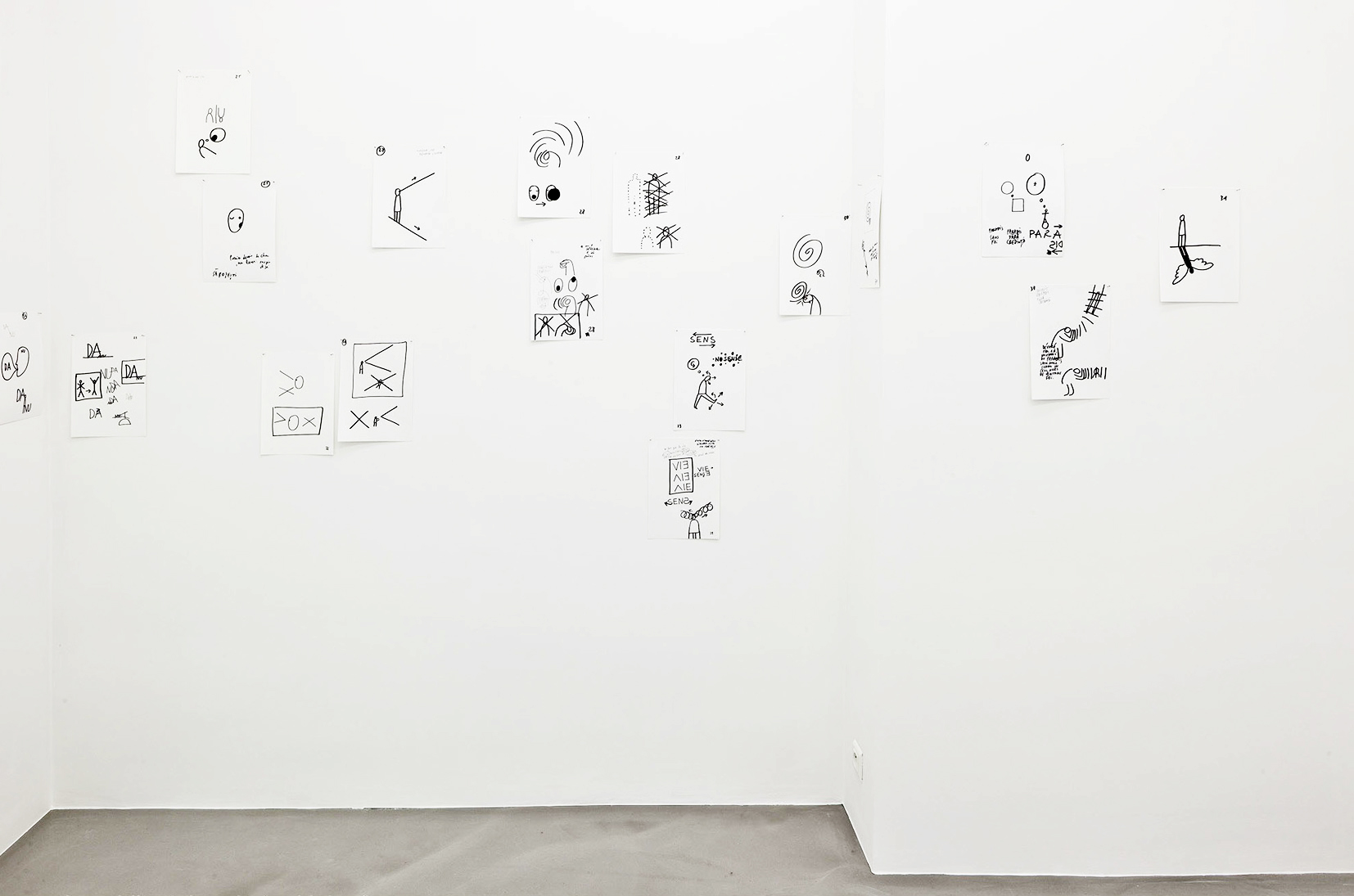 Born in 1961 in Sibiu (Romania), Dan Perjovschi is an artist, author and an illustrator. Dan Perjovschi makes drawings daily which are similar to newspaper cartoons, caustic and funny at the same time. An attentive chronicler of contemporary society, he combines personal observations and experiences with his thoughts about macro political and social subjects. He builds his sets of drawings by reading numerous articles, but also by observing what takes place around him.

In 2011, the Embassy of France in Romania and the French Institute of Bucharest, in agreement with the City hall of Bucharest, invited Dan Perjovschi to participate in the remembrance of the hundredth birthday of Emil Cioran. During several weeks, the drawings of the artist, illustrating quotations of Cioran in French and Romanian were shown all around the city of Bucharest.

This exceptional project brings together a great writer who "thinks in Romanian" and "writes in French" and Dan Perjovschi who uses his favorite medium, the pencil and his sharp intelligence, to translate Cioran's work into his own language.

The writer and the artist both spent their childhood in Sibui. But the connexion between them is deeper. It is an aesthetic order to their work. The work of Cioran contains collections of ironic, skeptical and hard-hitting aphorisms. These sentences, thrifty and perfect formed, are engraved in the mind of the reader. Dan Perjovschi's drawings, apparently as simple as children's drawings - three lines, two words - are visual aphorisms. Cioran and Perjovschi are subversive, in the etymological sense.

The gallery will present all the 71 drawings by Dan Perjovschi, as well as a documentary film directed by Adrian Bulboaca.

A book containing the drawings by Dan Perjovschi and images of the project in the city of Bucharest is available at the gallery (Cioran dans la rue par Dan Perjovschi, 2011, 133 p., texts by Gabriel Liiceanu, Horia-Roman Patapievici, editions : French Embassy in Rumania and French Institute of Bucarest)