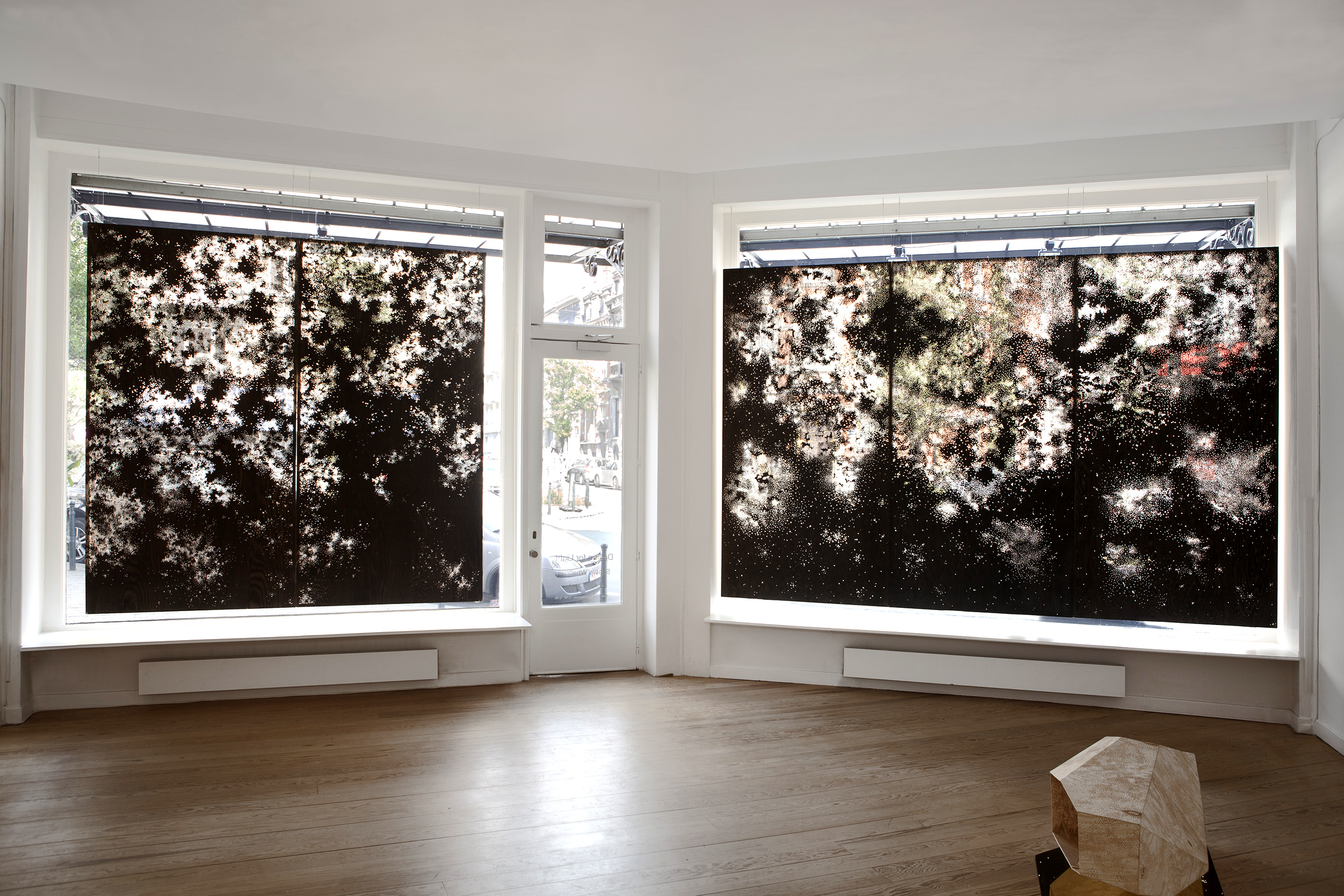 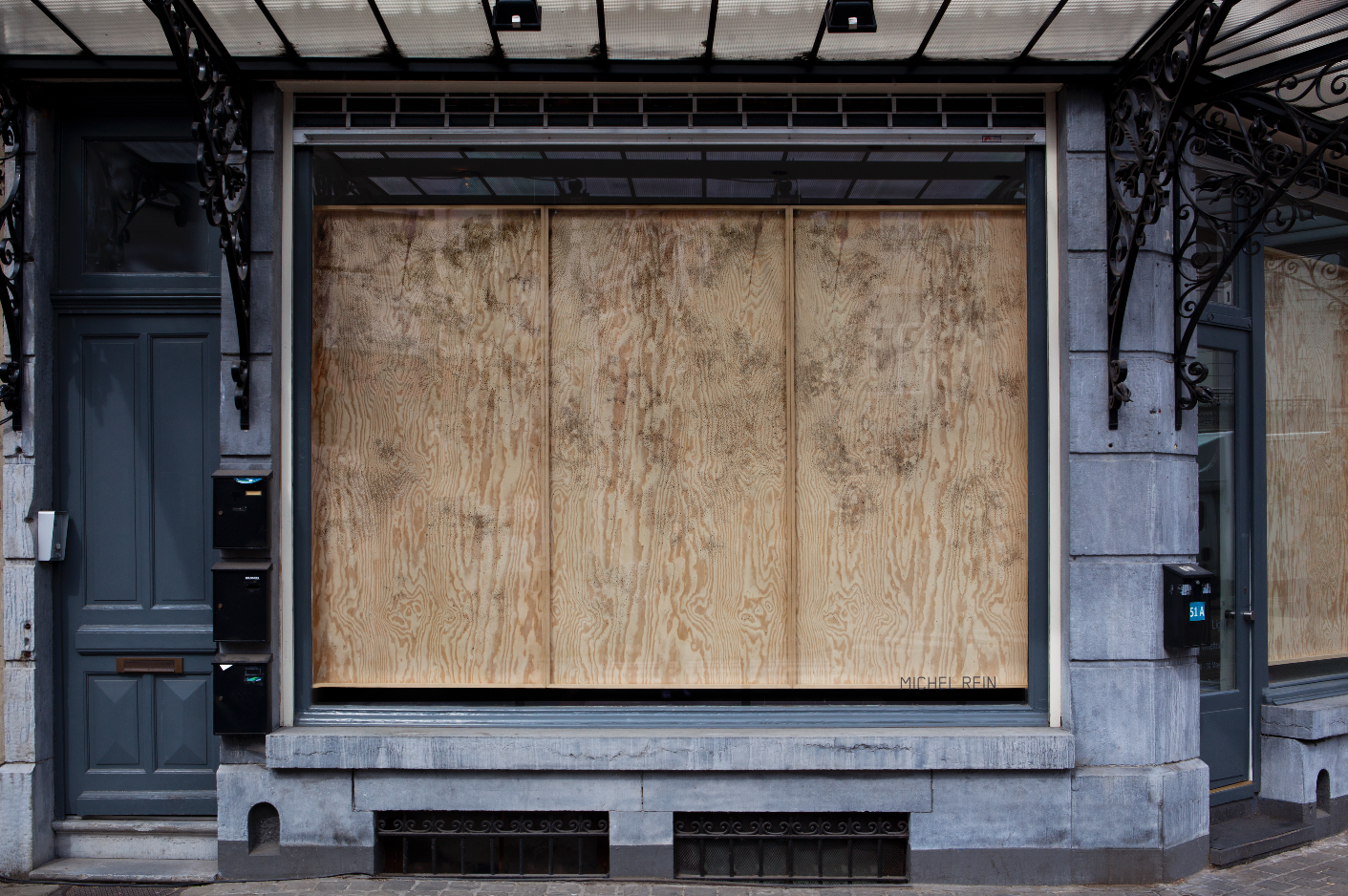 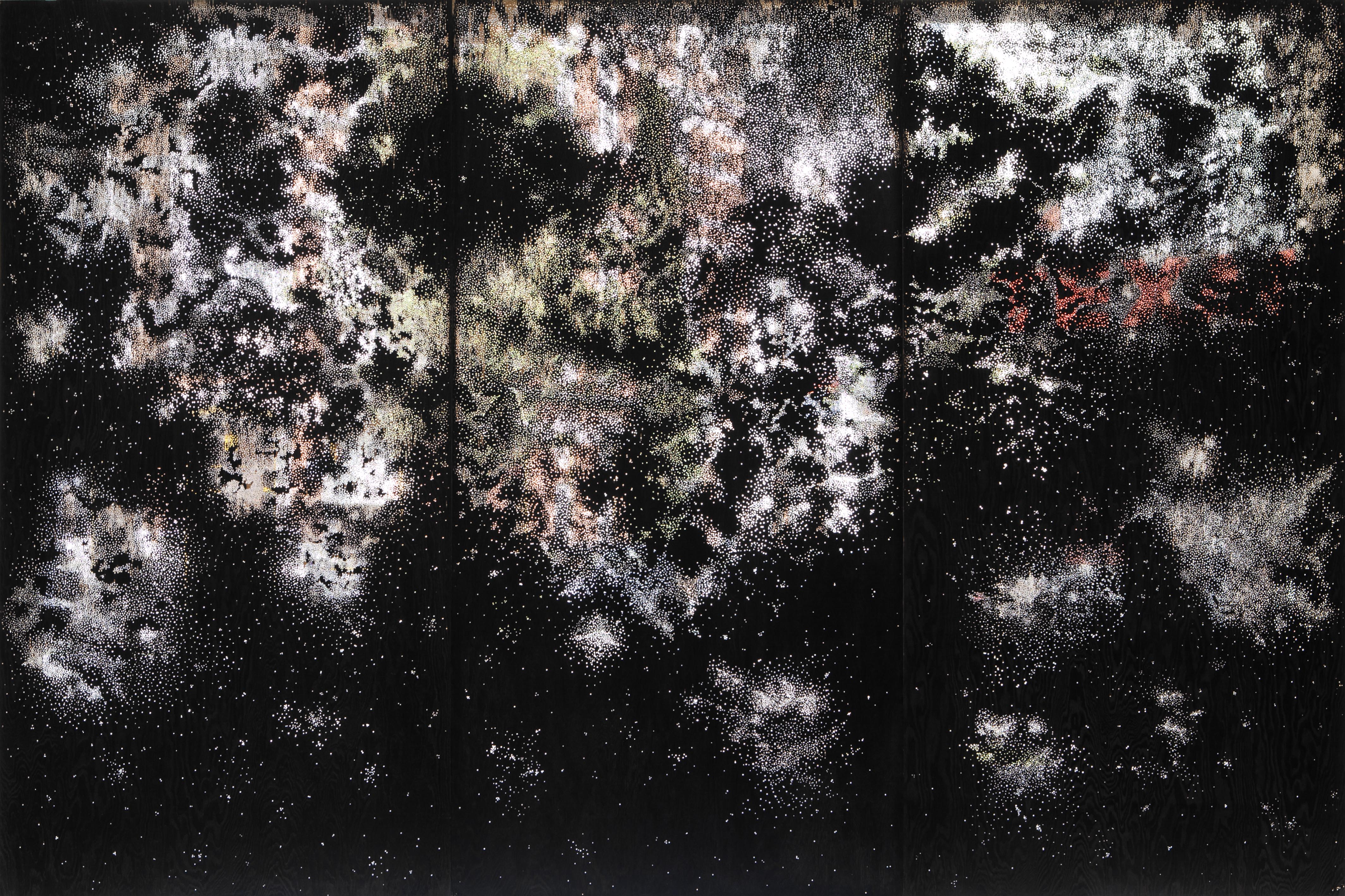 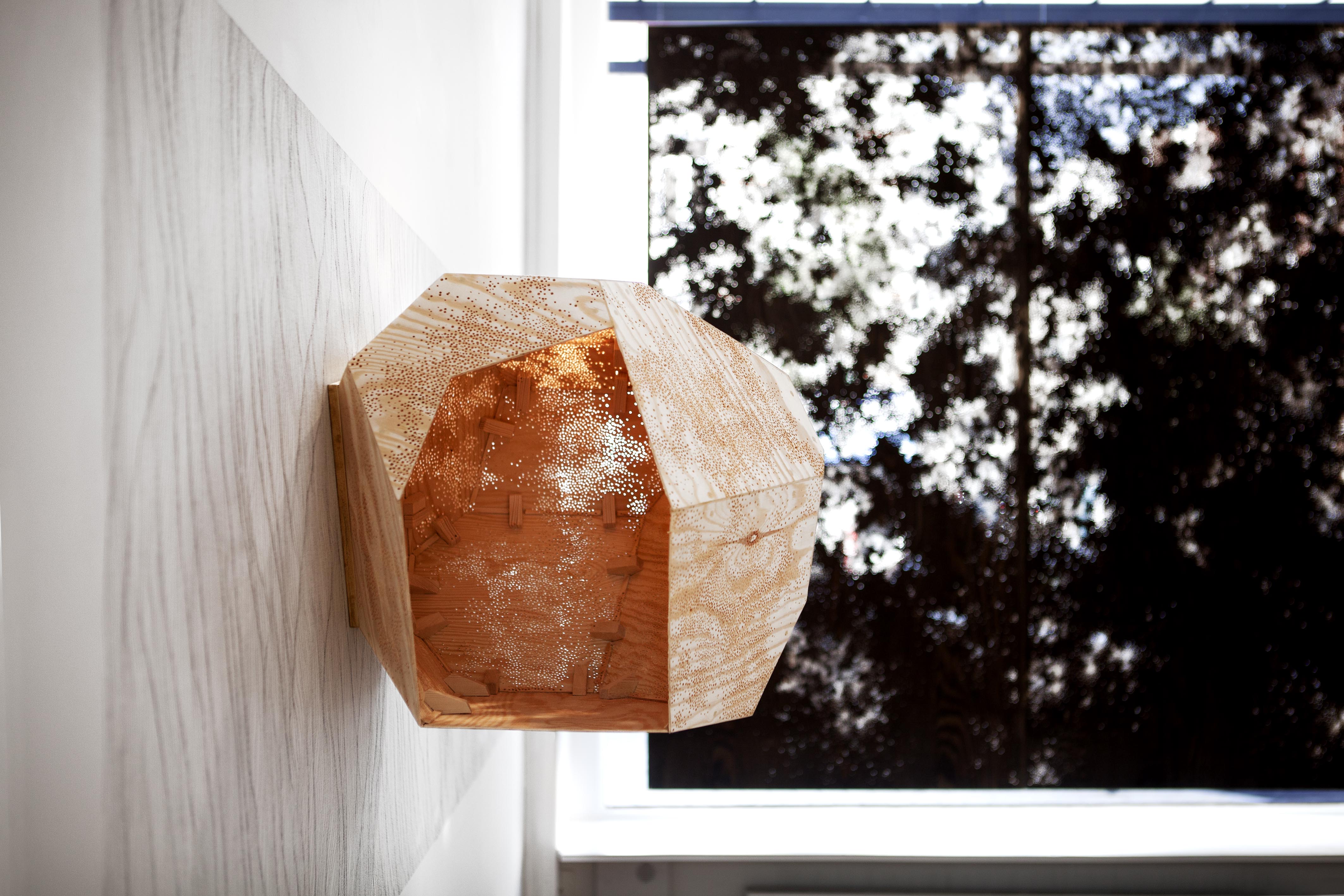 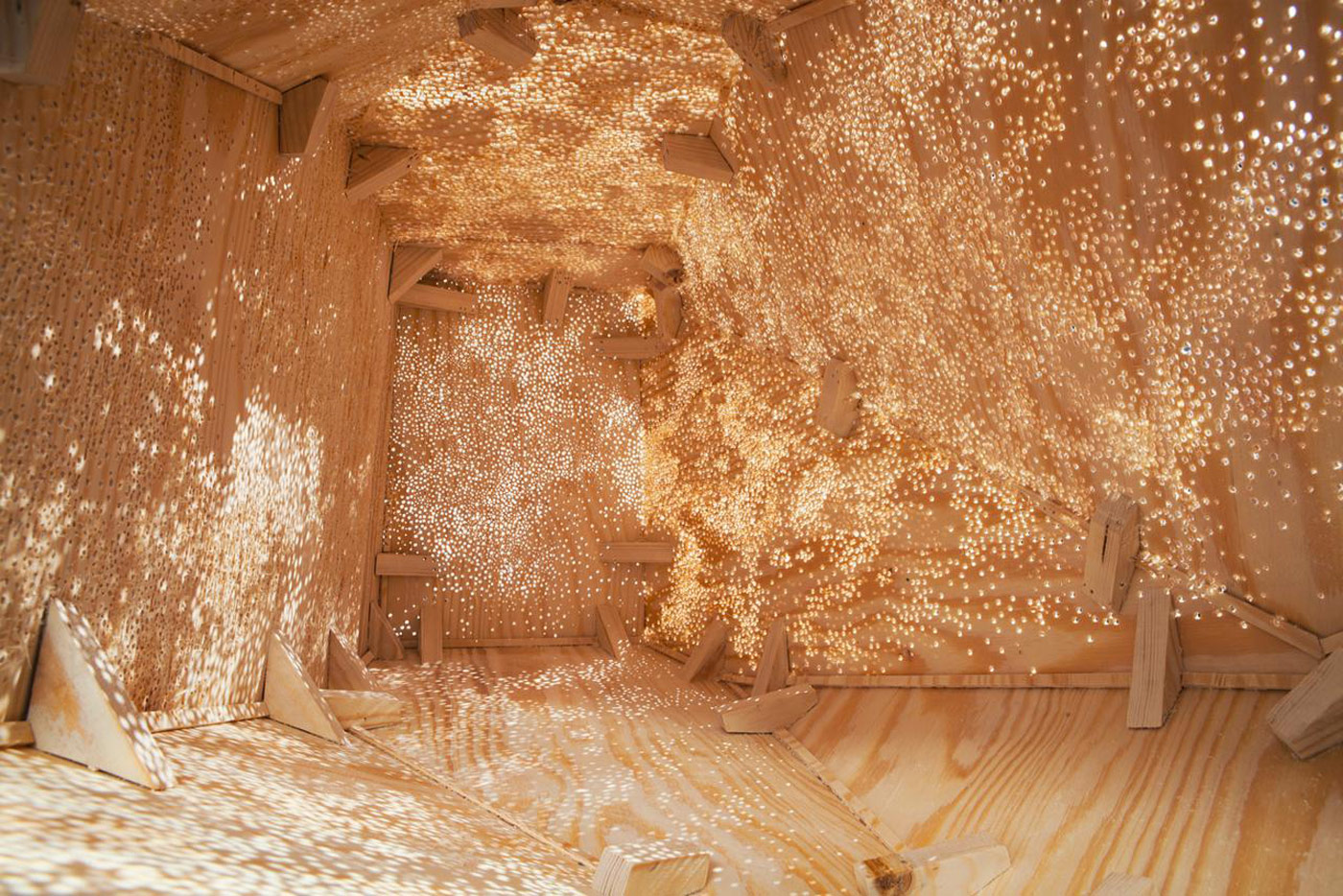 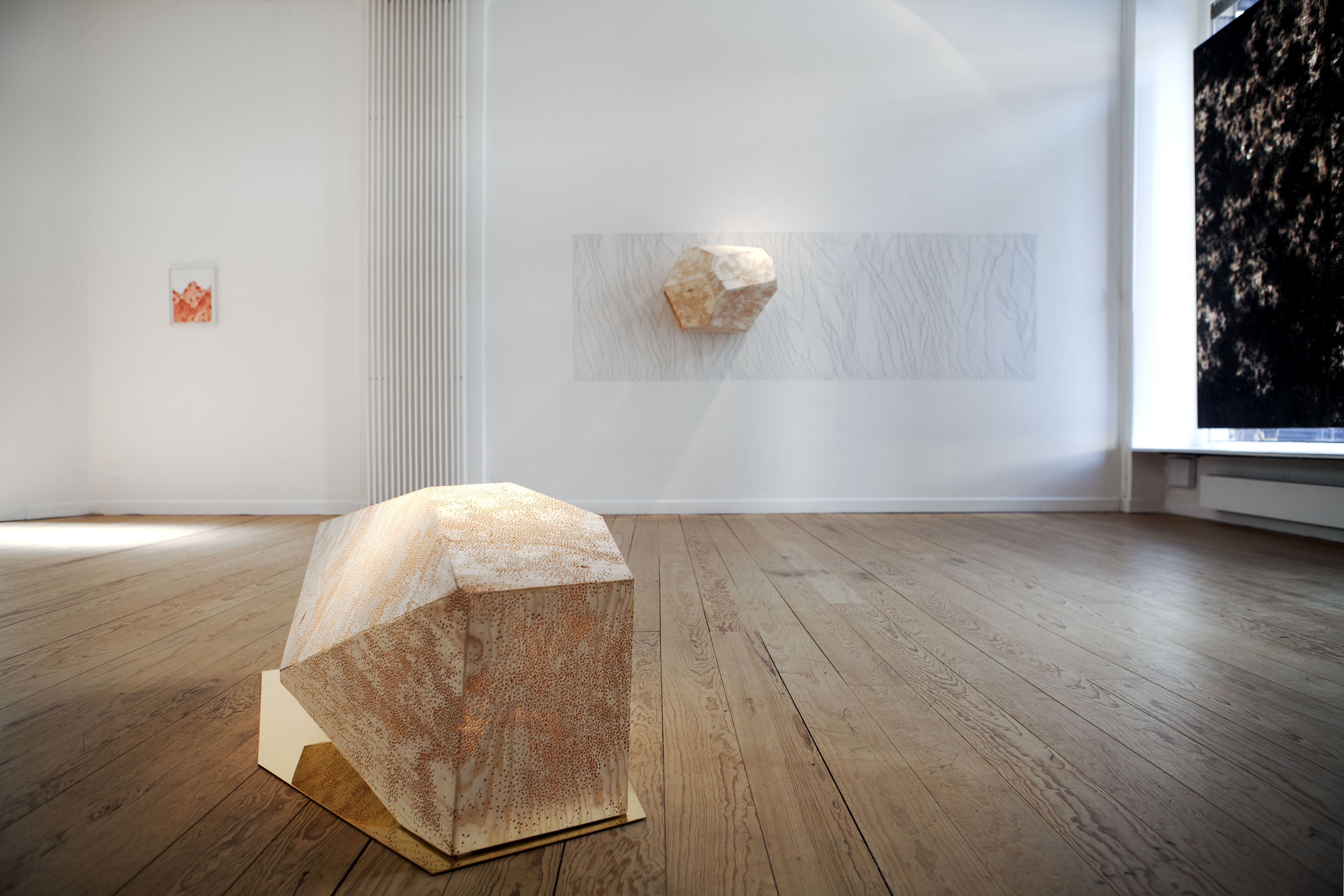 Drilling for Light, Entrails of light

The work of Sophie Whettnall, for whom this is the first personal exhibition at the Michel Rein gallery, invades the reserved space at the Brussels gallery with remarkable efficiency.
The project’s gestures, materials and concepts are, as always with Whetnall, simple and discreet, almost visceral. In a way, her works reveal themselves and let themselves be seen as much through their processual genesis as through their raw materiality, by revealing behind the (non-­?) scenes, without losing any of their artistic valence.

One of the main themes of Sophie Whettnall’s work rests on a dialectic tension and resolution between contradictory concepts and perceptions: between softness and sensuality and a rawer and more rugged, even violent aspect (in both gestures and materials), between yin and yang and, let’s be frank, between femininity and masculinity, the work often contributes to the background, and by it’s own admission, to a form of autobiographical unveiling.
As it happens, and as expressed in the title, the metaphoric and literal search for light (and consequently the part of shadow that accompanies it too), found at the heart of the various artistic propositions in the exhibition, happens here. A light captured, filtered, reflected and adjusted by a gesture, which creates an emphatic seriality, confining us to the violence and the measures of monstration into which we are invited to dive and reflect ourselves.
The tone is immediately set by the invitation card, seductive and somewhat enigmatic. A wooden structure, ostensibly perforated (in reality it is the interior of one of the sculptures on display at the exhibition) can be seen, encircled with an aura of rays of light.

This invitation for the visitor/viewer to literally enter into the pieces of art is consistent in the work of Sophie Whetnall, who likes to play on obliteration, or the hierarchic inversion of arbitrary boundaries between interior and exterior, between heads and tales, between the hidden and the visible side.
As if to express just as symbolically that everything comes from the interior of our interior.

In a way, this exposal of the exhibition’s entrails finds itself directly transposed on the scale of the architectural space. Two series (a diptych and a triptych) of raw pinewood construction site signs, covered in a myriad of perforations, forming delicate abstract shapes, serve as organic Mashrabiya and block the light from the gallery’s great bay windows. They filter and modulate the natural light immediately. This effect is amplified by their being positioned on the “interior” side, covered with a layer of Chinese ink, which envelopes the viewer in an almost matrix-­?like way in the style of a cosmic veil.

Continuity of materials, these same finely perforated natural pinewood signs form the sides of the two Shadow Pieces (sculptures), in open polyhedral shapes, resting or fixed in contrasting manner on supporting structures made of shiny brass. The contrast of these materials accentuates the rawness, untreated and still delicate from what we are shown on the interior.
One of the two sculptures is presented as a piece of ground resting on a small island of metallic light, whereas the second one emerges from the wall, detaching itself from a mural drawing, consisting of the repetition of one simple and linear gesture. This same simplicity of stroke characterises the composition made of precious stones, which radiates from the back of the space and metaphorically finalises the idea of light diffraction, supported by the whole set of propositions.