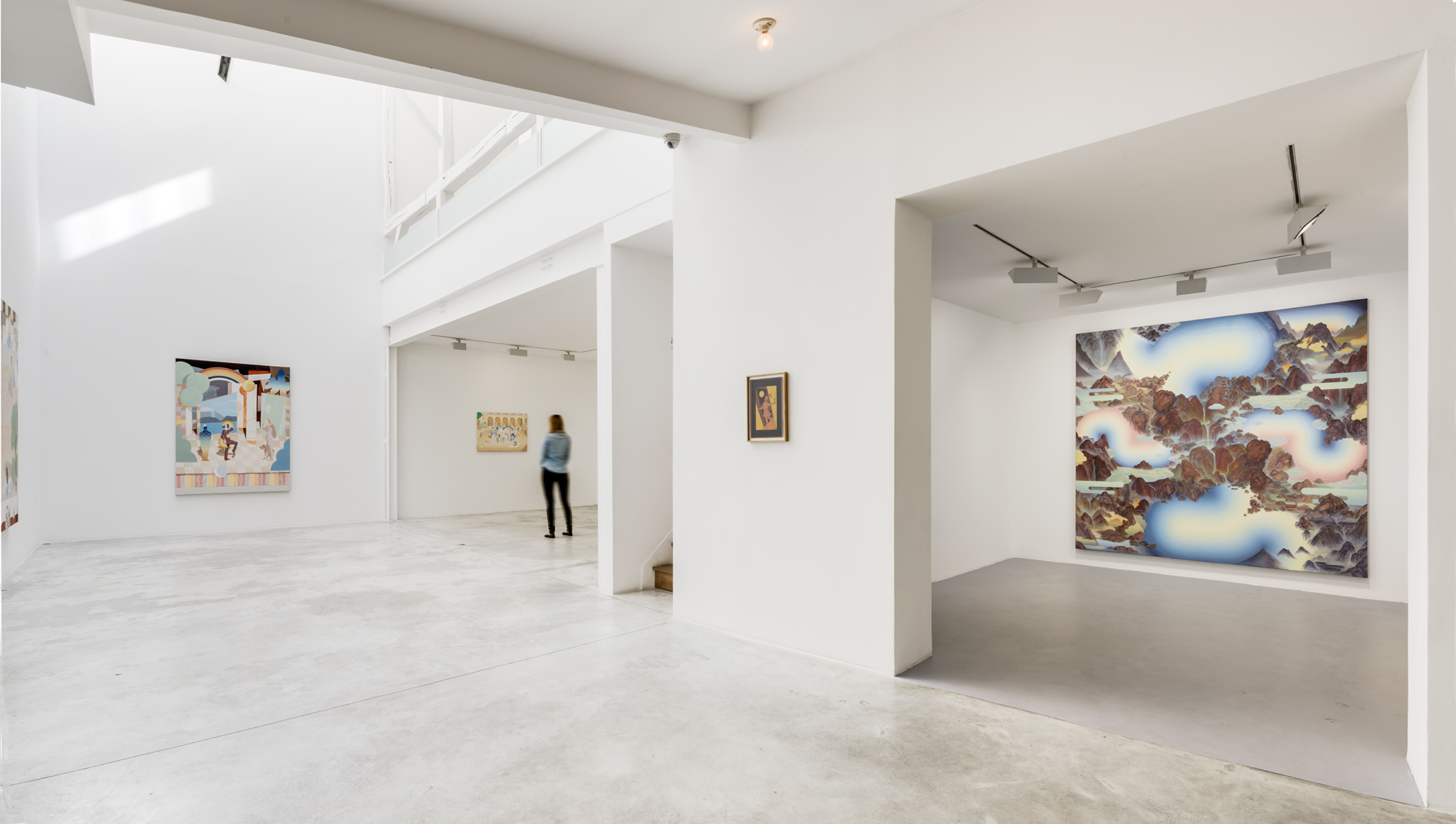 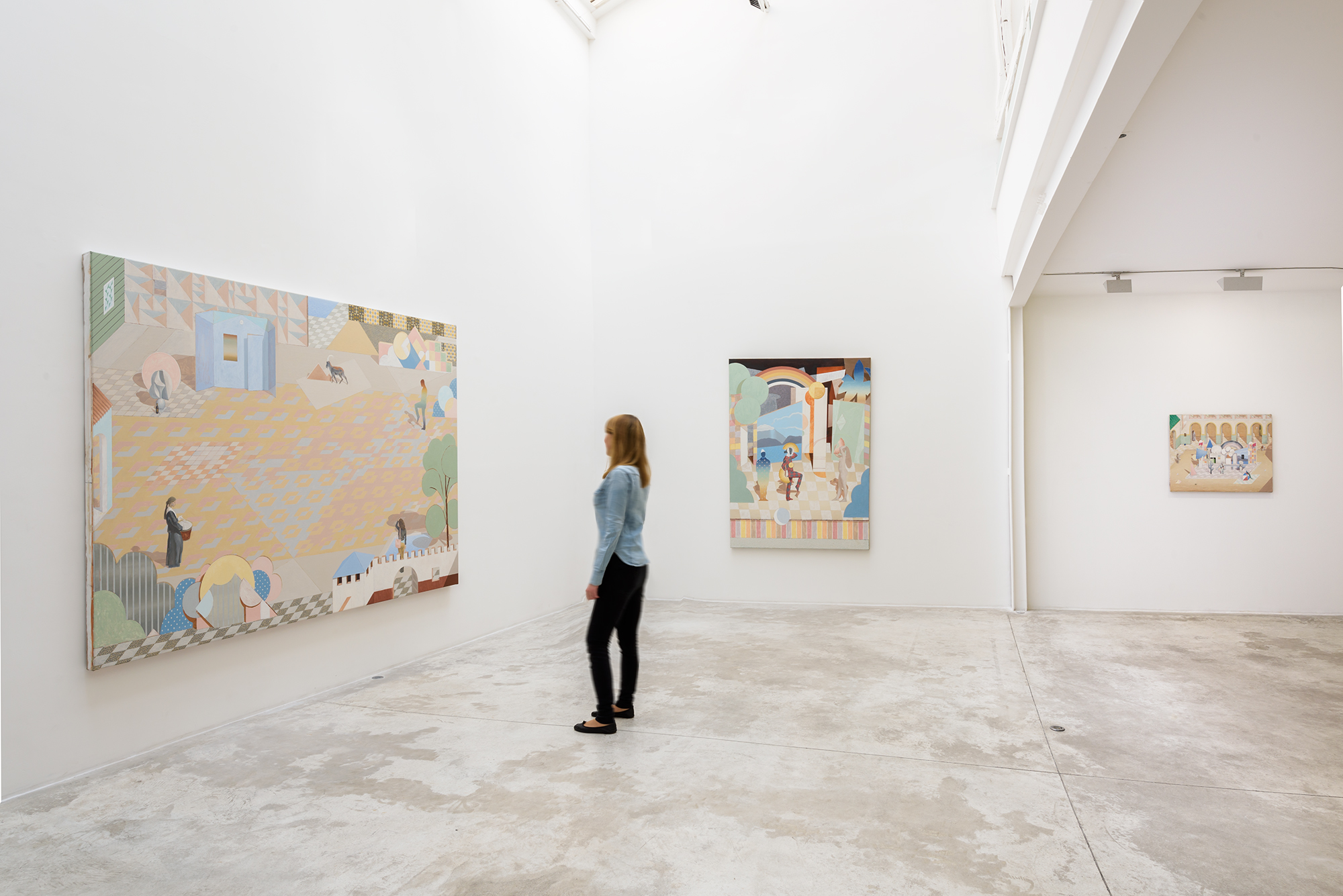 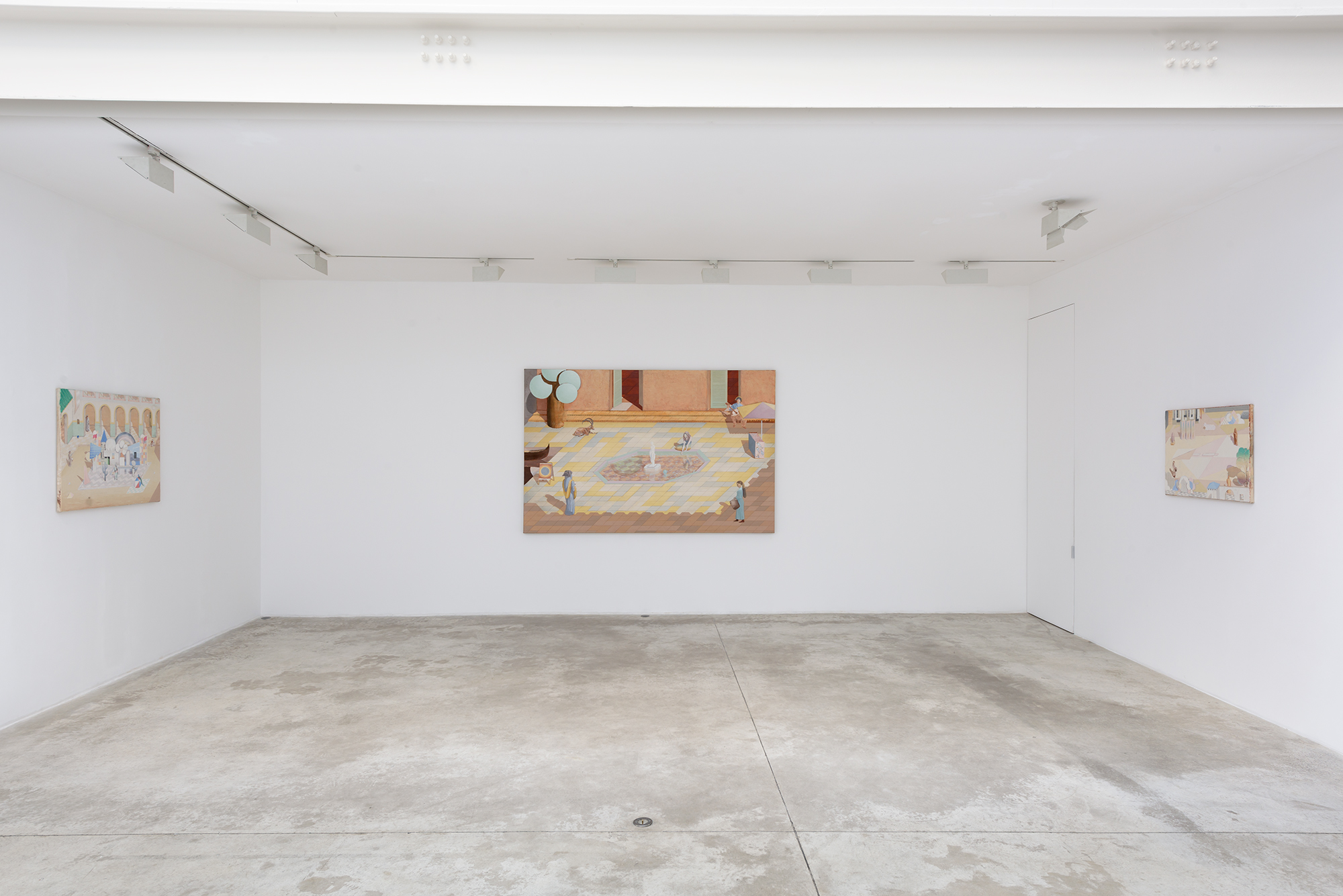 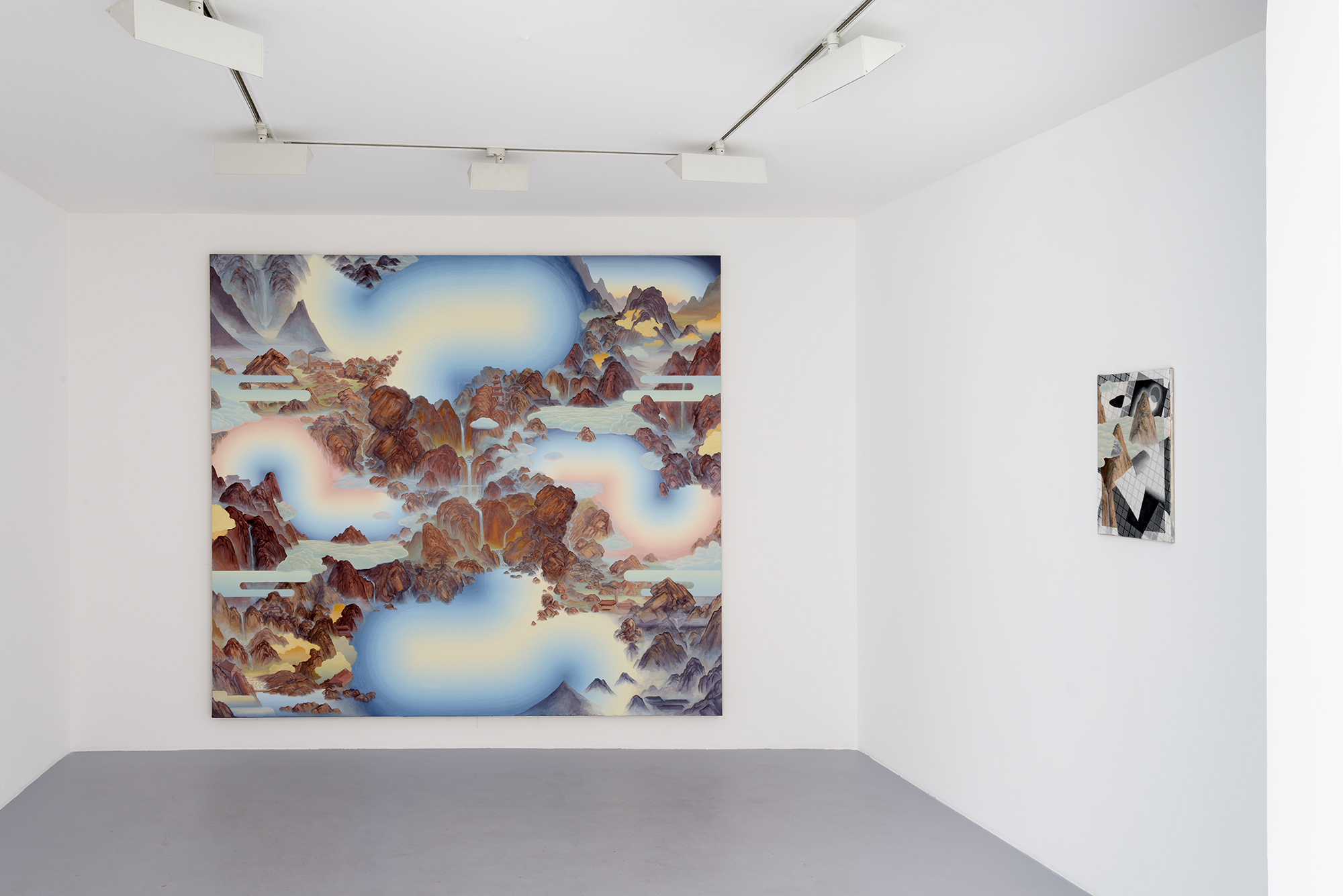 You will walk in the folds of the mountains and the altitude will drive you mad. Mad about the colours, mad about the lights, mad about the shapes. You will want to take all of it away with you, for passionate reconsideration, like a lover at the point of no return.

The artist mixes his fantasies with reality, his mimetic desire makes an imitator of him, who ends up finding his own language. As general as it may be, this state of being applies particularly well to the work and character of Christian Hidaka. This biographic scheme, inherited from the Renaissance, seems important in order to introduce an exhibition conceived around Picasso’s legacy to generations of painters; a legacy, seen as cumbersome by artists who often don’t really know what to do with it. Picasso would certainly have transmitted a personal, exclusive and unforgeable mythology, had it not been based on a triumphant plurality that the heterogeneity of his work bears witness to.

Today this abundance of identities is more essential than ever for the reinvention of a vision as for the reinvention of oneself. Hidaka’s paintings shed light on the perception that we have of ourselves, when that perception has trouble understanding our emotions. His works bring us closer to dreams and make us receptive to strange latent tensions. In this way, it is hardly surprising that amongst the characters, creatures and polymorphs that populate the spaces created by Hidaka, we find the Harlequin, the famous figure from the Commedia dell’ Arte, who fascinated Picasso throughout his life.

This iconography is most obviously imposed in Desert Stage (2015), which, to me, is the key painting in the exhibition, for which the title could be interpreted as “theatrical scene in the desert” (unless one is supposed to understand “A theatrical setting, evoking the desert”). The harlequin in the painting evokes the famous stage curtain Parade painted by Picasso in 1917. When one takes a closer look, other details confirm this relationship, like the column resting on the chequered pavement or the fragment of landscape delimited by a bevelled signpost; the mountains and blue sky are echoed, being cut-off between the sides of a final red velvet curtain and the ruins of a romantic landscape in Picasso’s painting. On the other hand, the acrobat, the winged horse and the bucolic landscape have all disappeared. The table and the guests have all vanished leaving the Harlequin in a tête-à-tête with a young nubile girl, taken from a painting by Balthus (Nu devant le miroir/ Naked before the mirror, 1955)

This curious association seems to be brought to life by a game of comparability between the Harlequin’s versatility and the adolescent, who has no definitive plans and shows it by her attitude (she calmly fans herself, her neck freed from the opulent weight of her hair), as the Harlequin runs the risk of dancing the refined and slightly ridiculous dance of the bird, exposing his feathers to the female during the mating ritual. These two figures could be the perfect metaphor for the elusive identity seen through lover’s eyes (as a possibility to approach the other without freezing his or her image) and the affirmation of many distinct styles.

Certain painters surround themselves by photographs, but Christian Hidaka would much rather avoid them, preferring scenery and a theatricalized reality, similar to Alain Resnais’ style (in Aimer, boire et chanter (“Love, drink and sing” (2014) for example). In the French director’s work, a real ethical code exists, in every sense of the term, which consists of accentuating the value of the characteristics and the rhythm of each member of a group of individuals, living in an enclosed system. No image ever contains them all. This is, without a doubt, the reason why the exposition consists of isolated portraits, presenting themselves to the world before retreating to these spaces of cohabitation, which have been tailor made for them.

Cécilia Becanovic is a art critic, an independant curator and the co-director of the gallery Marcelle Alix. She lives and works in Paris.