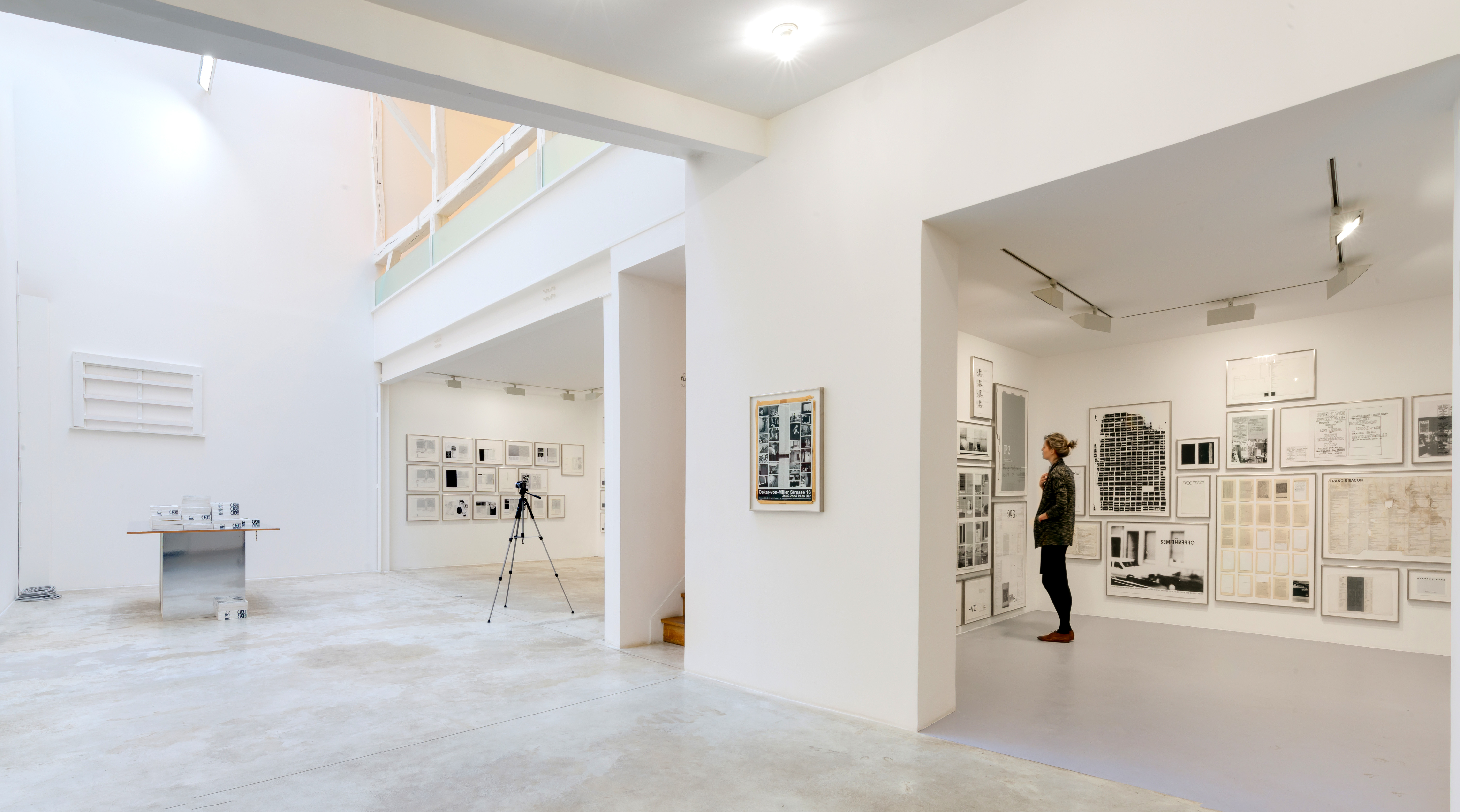 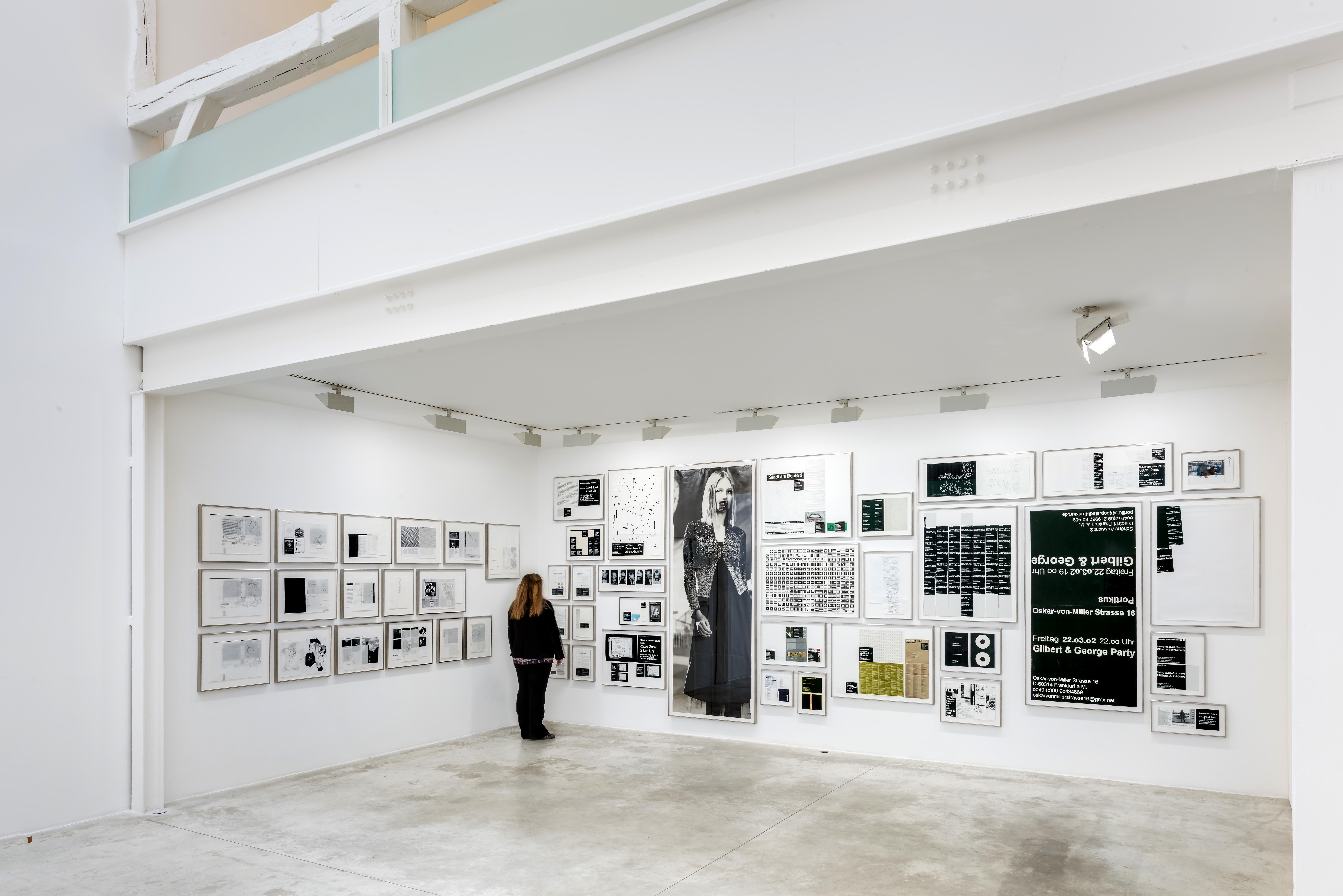 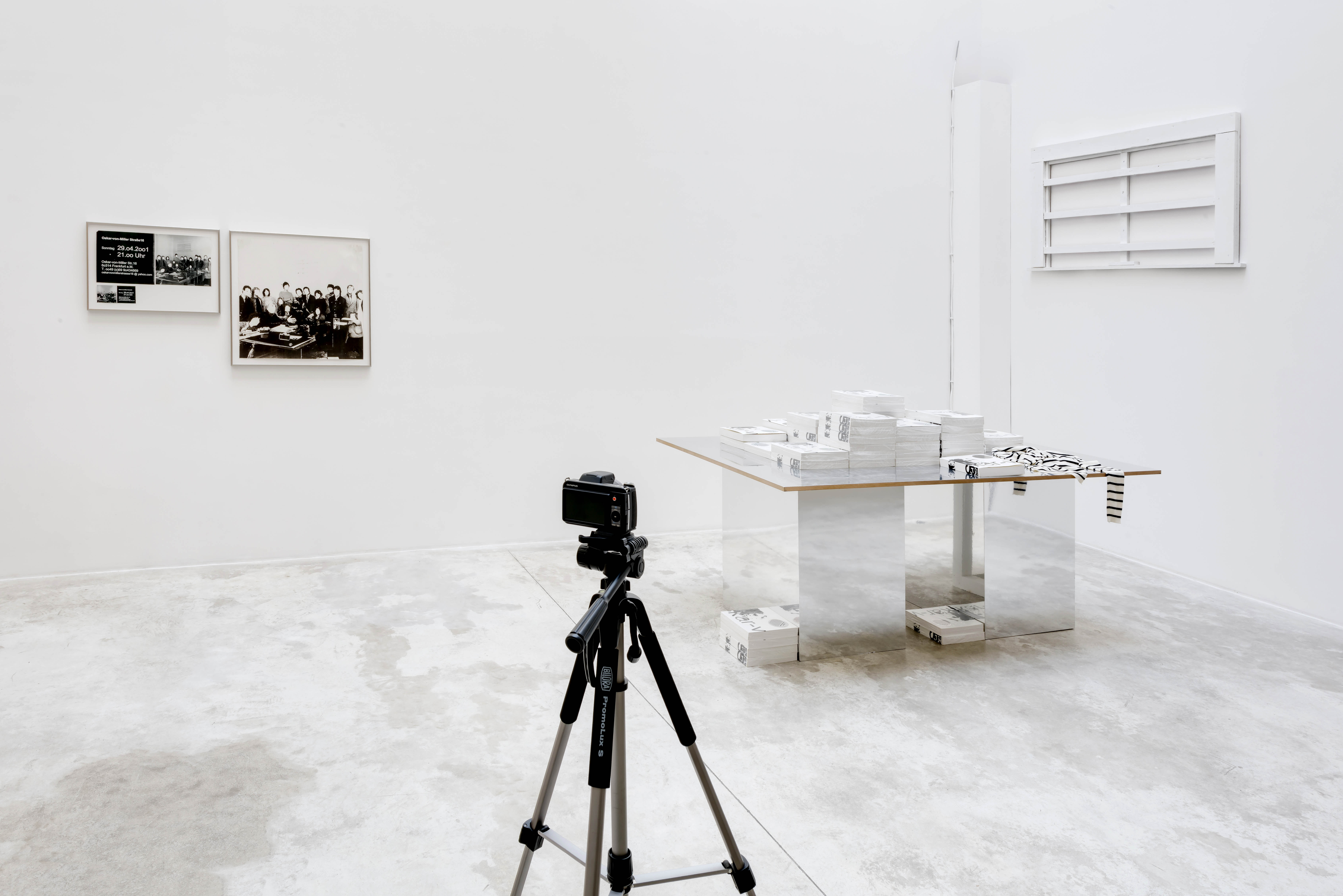 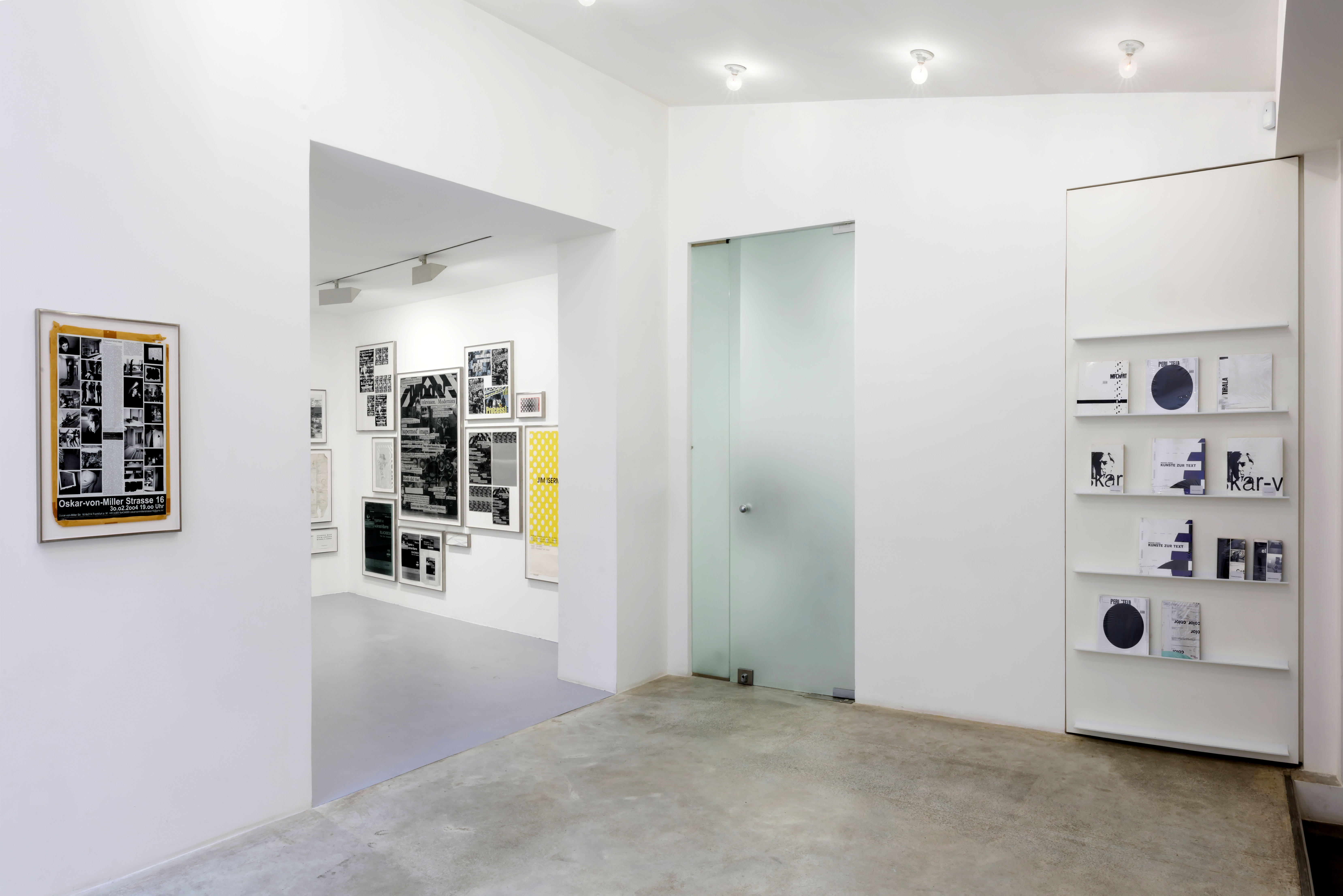 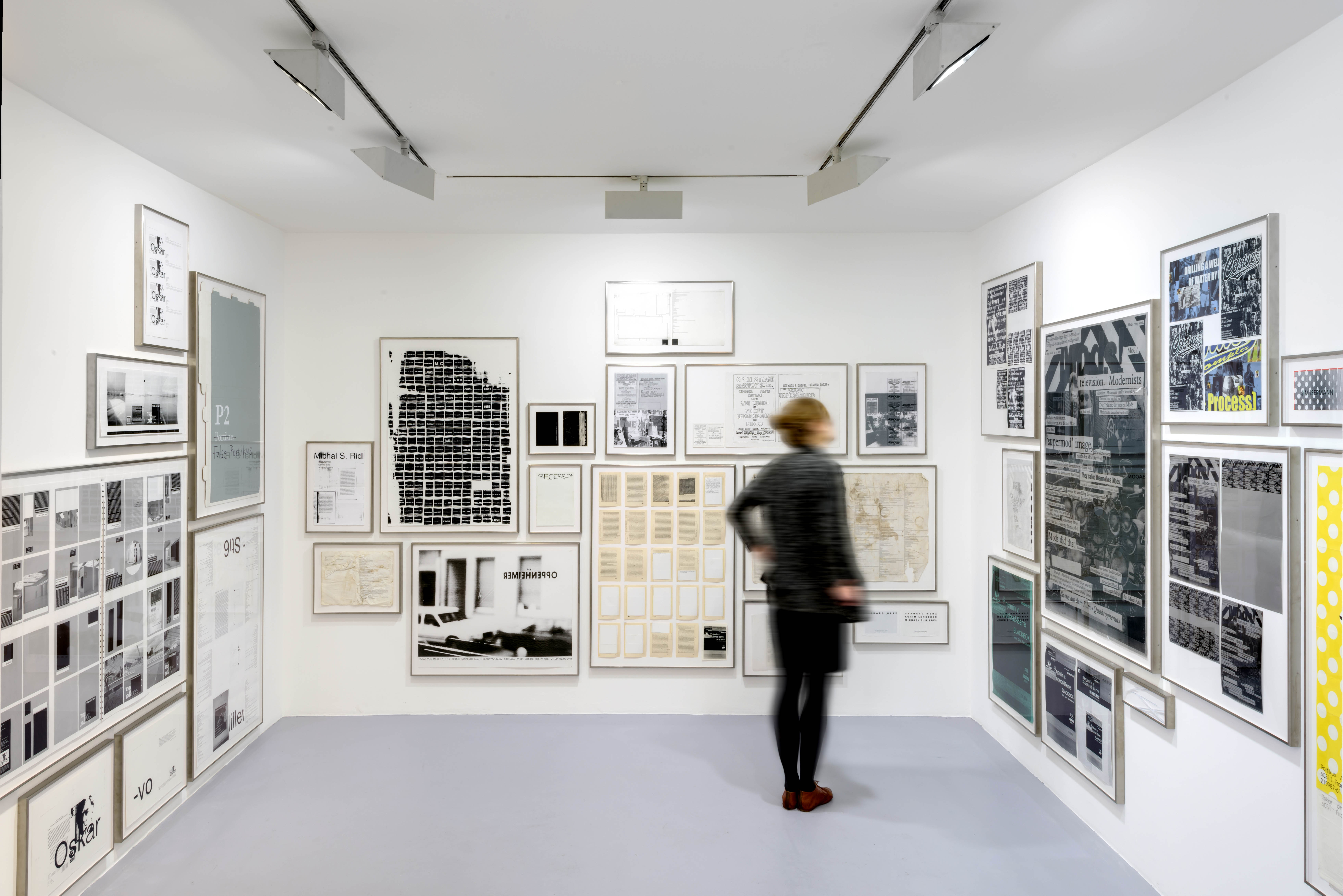 This exhibition is the account of Oskar-von-Miller Strasse 16 (2000-2011), an art space that became renowned as a gigantic replication device. With the call of `record, label, play back´, a group of young artists reiterated the language of a city`s cultural offerings-often without a full understanding of what they were reciting, but always with an acute aesthetic interest in the faults of transmission and transference.

Located at ground level and equipped with two giant shop windows, the space allowed an unimpeded street view into its activities, which were copies of the activities which took place in the surrounding urban cultural landscape. Functioning as a blank space that nonetheless remained interesting to observe, it managed to sustain that interest, even while refusing any clear offer of interpretation to those whom it had seduced into observing it. In contrast to the cultural endeavours happening elsewhere, Oskar-von-Miller Strasse 16 functioned as a recording device that would merely replay the cultural offerings it had recorded and then marvel at the pops, hisses, crackles, and skips that such playback caused. Whereas the original cast of cultural events could be experienced elsewhere, this is where the B-versions took place, which themselves implied the possibility of C-, D-, E-, F-, G-, and H-versions and beyond—a domain of the non-made, wanting purely to be seen in the context of its dissimilarity from that which was made. The smack of arbitrariness was intentional, and responsibility had to be avoided if a truly organic experience was to be achieved. Record—label—play back corresponded to creativity's zero-point of origin.

The presentation of near-natural situations and their ongoing reproduction seemed contemporary to me, so a group of friends and I began to: sift through the waste of an art exhibition hall looking to reemploy discarded installation elements of another artist (Jim Isermann); produce an audio recording of increasingly unrestrained chatter (Bar Oppenheimer); not define our own texts as literature but as mere material to overwrite existing literature and change it into something different (Benjamin von Stuckrad-Barre); refuse to set the tone (Legendary Orgasm); pay homage to dyslexia (Shroud of Turin); engage in masquerade (Club[b]ed Club); occupy marginal space (Ladies' Room Party); discover double-blurriness (Filmed Film); analyse systems too complex for a theoretical or formula-based treatment (Speculative exhibition of a future taking place in reality); set alternative time experiences in motion (Double-sided clock with contrary running directions and variable velocity); turn the function of flushing a toilet into the central topic of an exhibition (Watertest); and more generally, pursue our aesthetic interests, create art, and understand reproduction not merely as bound to the notion of a product, but rather to a process in the broadest sense of the word—one which could be halted at will and at any point in order to mark the distance achieved from one's point of departure.  […]»