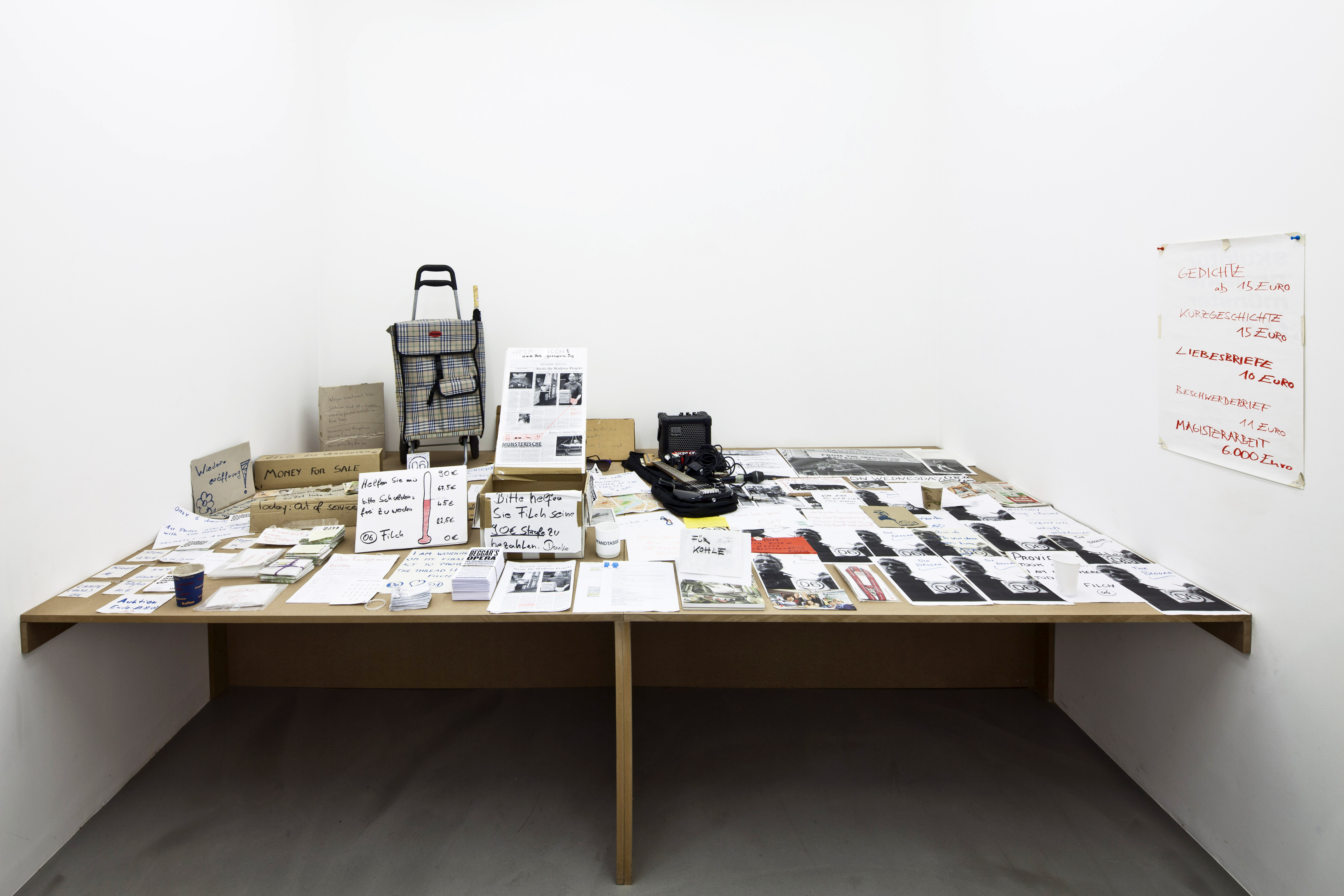 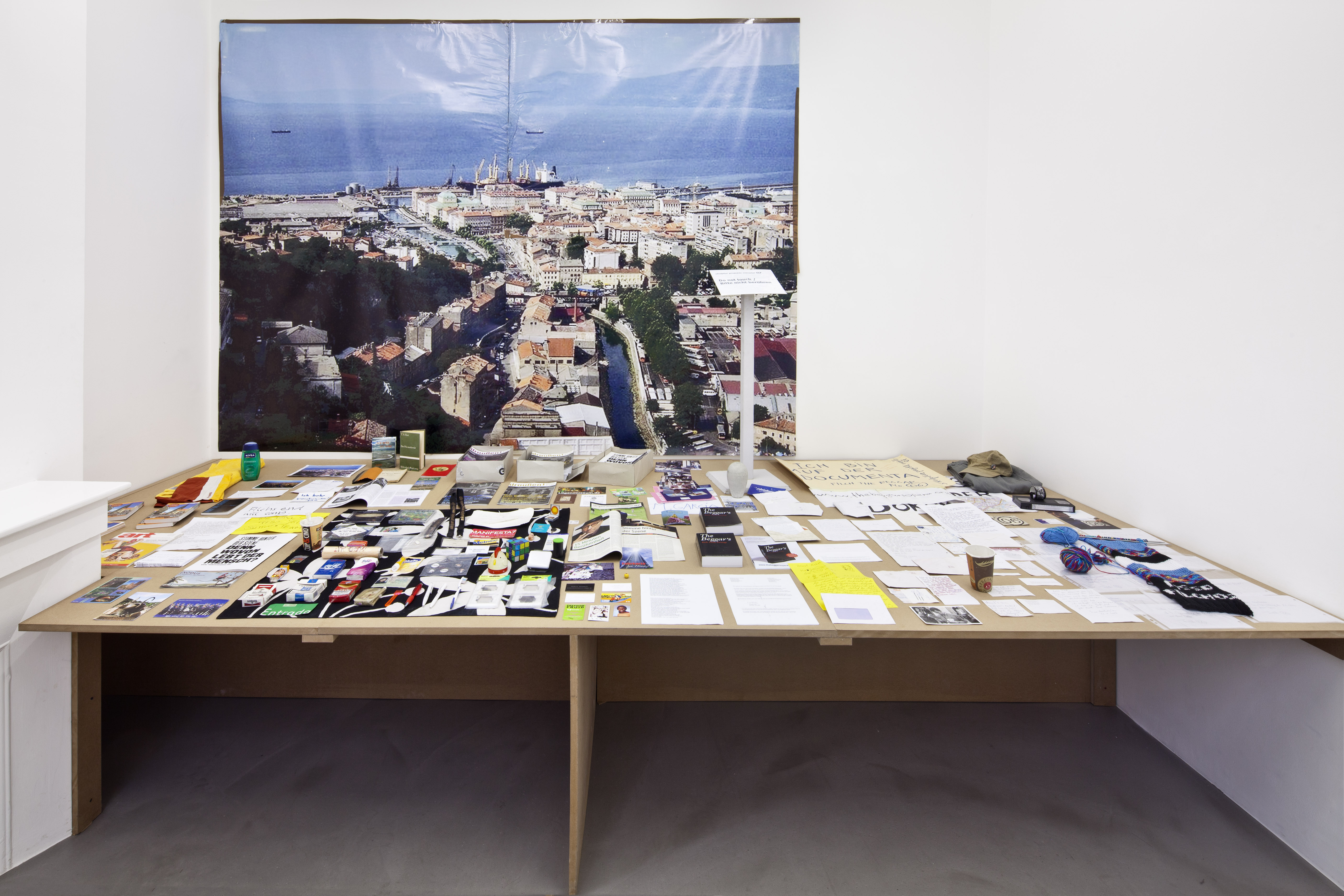 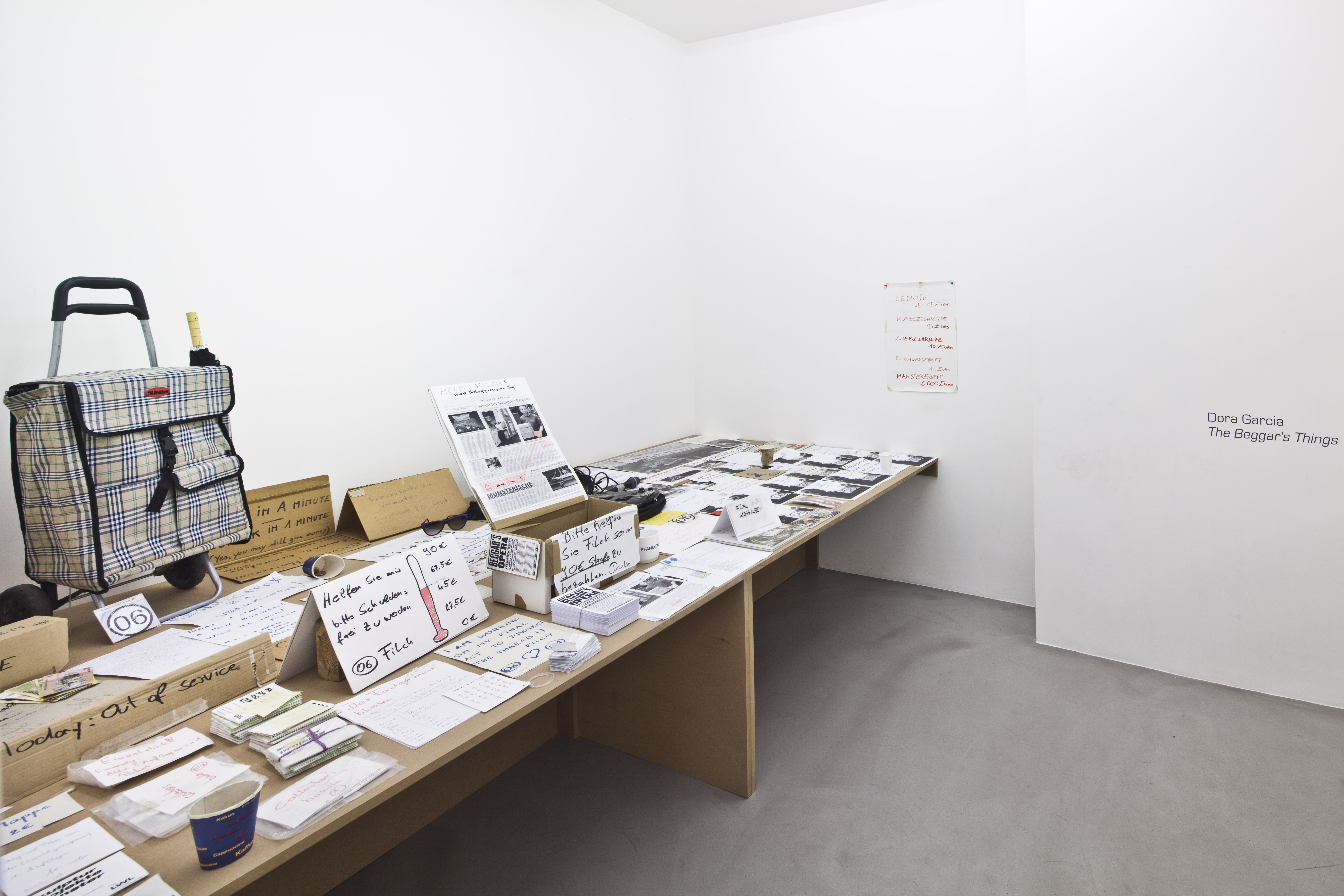 Galerie Michel Rein is pleased to present its third solo exhibition by Dora García at the gallery (previous exhibitions: Letters to other planets, 2005, What a fucking wonderful audience, 2009). This exhibition will present the artwork The Beggar’s Things which is made up of the performance The Beggar’s Opera, created by Dora García for Münster Skulptur Projekte in 2007. The Beggar’s Opera consisted of an extended performance in which Dora García adopted the character of Filch, who first appeared in the opera of the same name by John Gay and later in Bertolt Brecht’s The Threepenny Opera. An actor inhabited this character and wandered around the town meeting with locals and tourists. By taking on the character of the beggar, the actor became marginal, at times invisible, and therefore, in the words of the artist, was “able to talk to everybody, to say whatever he pleased, and be there without really being noticed – like servants and madmen.”

In this way the performer interacted with the public in a half scripted, half improvised manner in order to create situations and reactions. His daily activity was fortnightly recounted in front of a theatre audience in Münster, noted down on the website www.thebeggarsopera.org and later printed in the book The Beggar’s Diary*[1]. The scope of this performance resulted in the collection of a great number of objects, each with its own story and its own part played in the action. These elements were brought together to create the artwork The Beggar’s Things, a social sculpture that documents not only Dora García’s historic performance at Münster but also our daily interactions, which, more often than not, fall into oblivion.

This artwork has been presented at the exhibitions Contes Choisis at the Centre de Arte Santa Monica in Barcelona (2007), Where to Characters go when the story is over at the CGAC (Centro Galego de Arte Contemporanea) in Santiago de Compostela (2009), Not to play with dead things at the Villa Arson in Nice (2010), and as part of Dora García’s Spanish pavilion The Inadequate at the Venice Biennale 2011.

Dora García uses her work to investigate the relationship between artist, artwork, audience and space. By engaging with Dora García's work we learn to question ourselves and our reality. The artist engages herself with the question of what is reality and what is fiction, drawing the visitor into becoming a protagonist: sometimes knowingly, sometimes not.