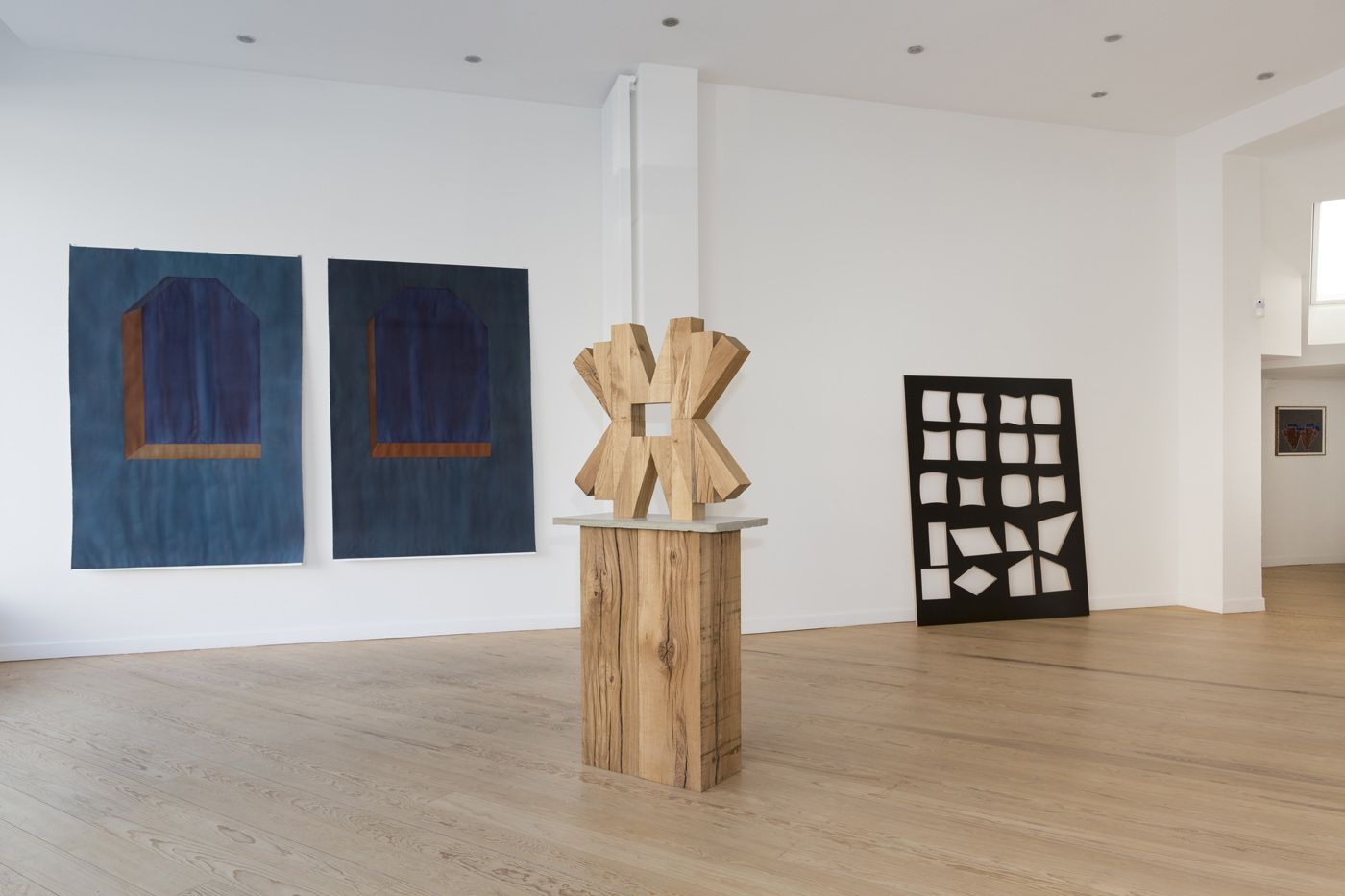 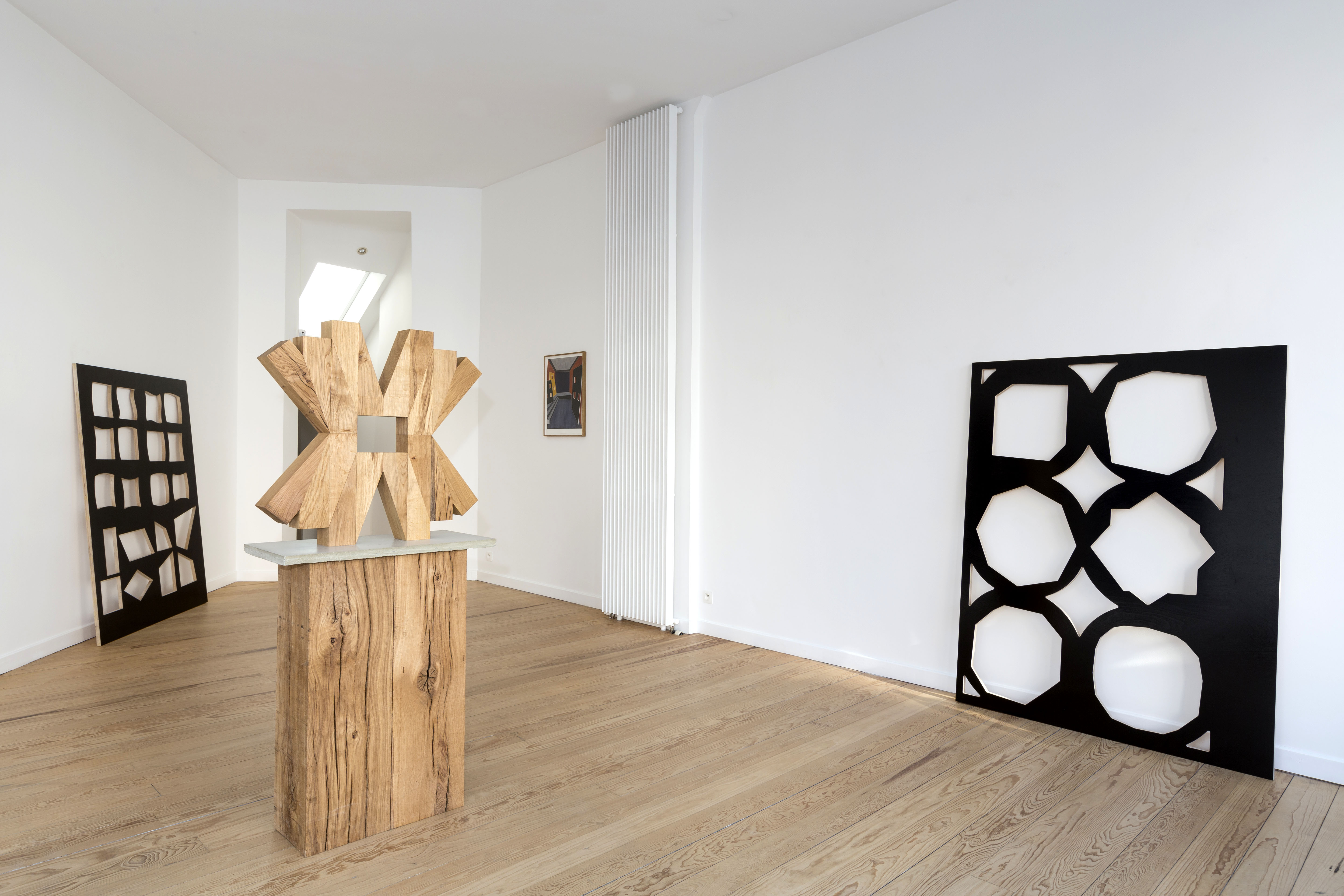 The Argentinean writer Luis Borges ? who Raphaël Zarka likes to quote ? writes in the preface to the first edition of his complete works in the Pléiade library: ?Mathematical symbols hardly offer any mystery. Those of language, words, on the other hand seem to possess their own life. Their meaning is constant but their connotations and their environment change in an unpredictable manner.?

Probably ? a borgesien conjecture also inherent in the work of Raphaël Zarka ? it?s the same case for shapes. It?s at least what their ?migration? lets us think concludes the artist with the fervor of an obsessive surveyor for whom the treasure found is astonishment, in the sense of Jean Cocteau?s definition: ?The marvelous, having sprung from an order which is lightly perturbed, one understands that it always seems to appear in moments without seriousness. This allows us to confuse it with small coincidences.?

Effectively, what can the bowl of an American skate park, an instrument invented by Galileo to study pendular movement, a contemporary sculpture by Katarzyna Kobro and elements of the astronomical observatory in Jaipur, India have in common? They have a structural homology, isomorphic reminiscences, visual coincidences which have been associated in the artist?s mind. Breton and the surrealists were searching for the poetic spark which could be produced by a lucky association of common objects; Zarka finds it in the formal recurrence of scattered objects, sometimes very far flung in both time and space, or remaining distant through the functions and usages that man makes or has made of them. A rhombicuboctahedron may be an abandoned module of artificial reefs, may have illustrated the world?s perfection for a Platonic idealist or may have come to be an example of divine proportion for a 15th century mathematician.

In the uncountable universes of human activity, all generating shapes ? clearly less numerous than we believe ? Zarka slaloms liberally, decompartmentalising these disciplines and domains which hold them rigorously separated, in the style of a skater, playing with the obstacles and dips which punctuate the town, in order to create new porosities between its components. ?I am unable to perceive shapes as anything but products of culture?. He explains ?associated with names, with contexts and with other shapes.? The inventory of these occurrences, in a sometimes ?documentary-like? or ?archeological? way, is not enough to measure the extent of the work. The artist, an experienced skater and a historian amused by discipline, knows that the discovery of a spot is not a means to an end; he must first exhaust the possibilities, before reusing them at his own will and reconnecting them to other possibilities. The recent series of Prismatiques combinations and sculptural amplifications of a wooden key used to tighten the canvas onto its frame is exemplary: This simple form generated other simple forms which collapsed into each other to resemble other motifs and other meanings, ?The migration of shapes is a migration of usages? he concludes.

However surveying also involves measuring, segmenting, and organising throughout a physical test. Consequently each exhibition, each installation, each sculpture by Raphaël Zarka is a real work of ?set design?, in the double sense of writing within space and through a set design. As the skater defines his relationship to textures, to the empty and full spaces that urban development confronts him with, the sculptor restructures the space around his work. This work sculpts the empty spaces and realigns architecture, domesticating it at first, and then adapting it to the environment. This should certainly be the case for every sculpture but it?s above all the doing of great sculptors. Even the most condensed works of Raphaël Zarka accomplish this miracle: rewriting the space around them, repeating this ambition which is as derisory as it is breathtaking, to bring the chaotic proliferation of the world up against a new organisation which justifies it.