A piece of lace
Armand Jalut 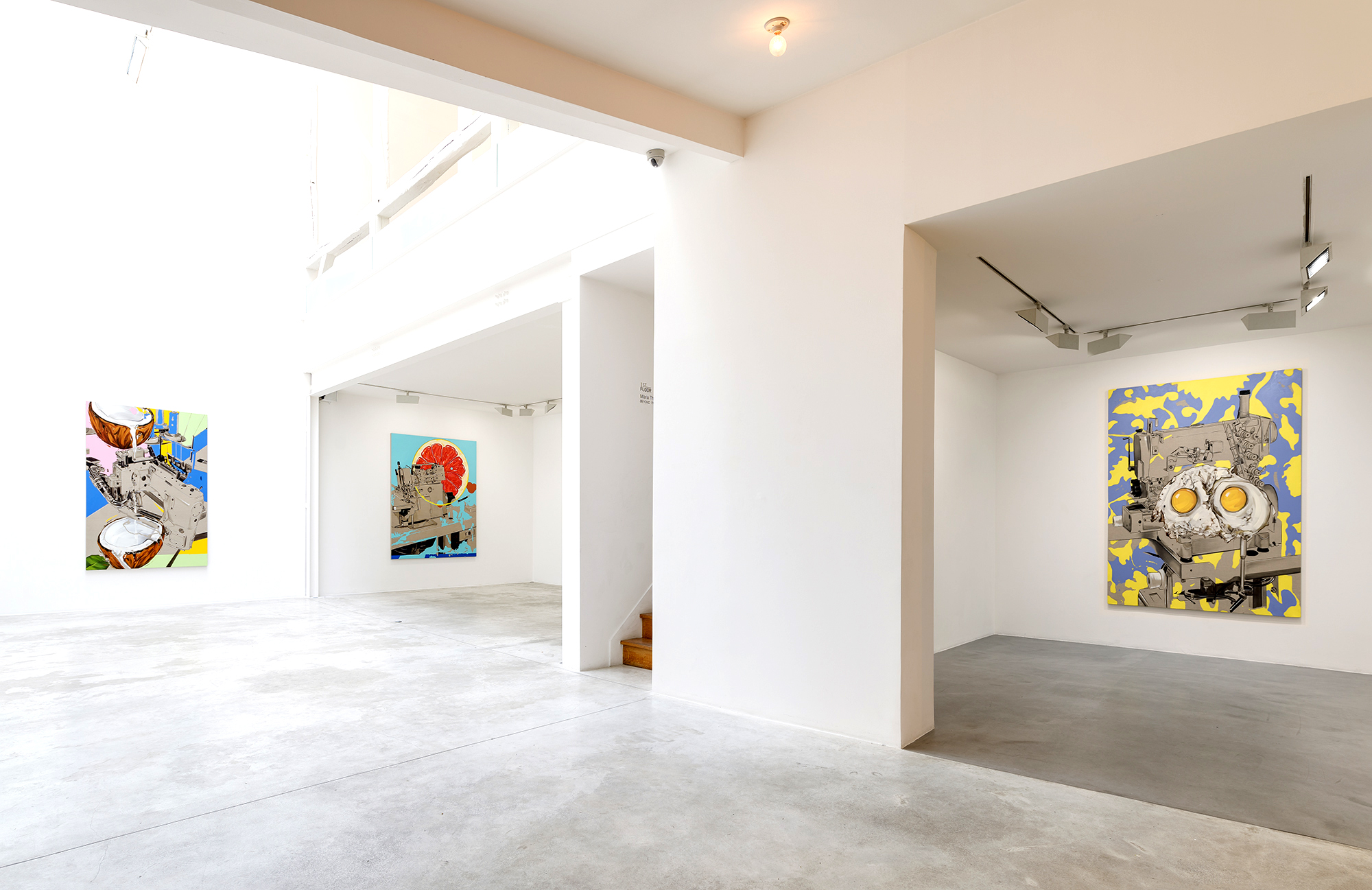 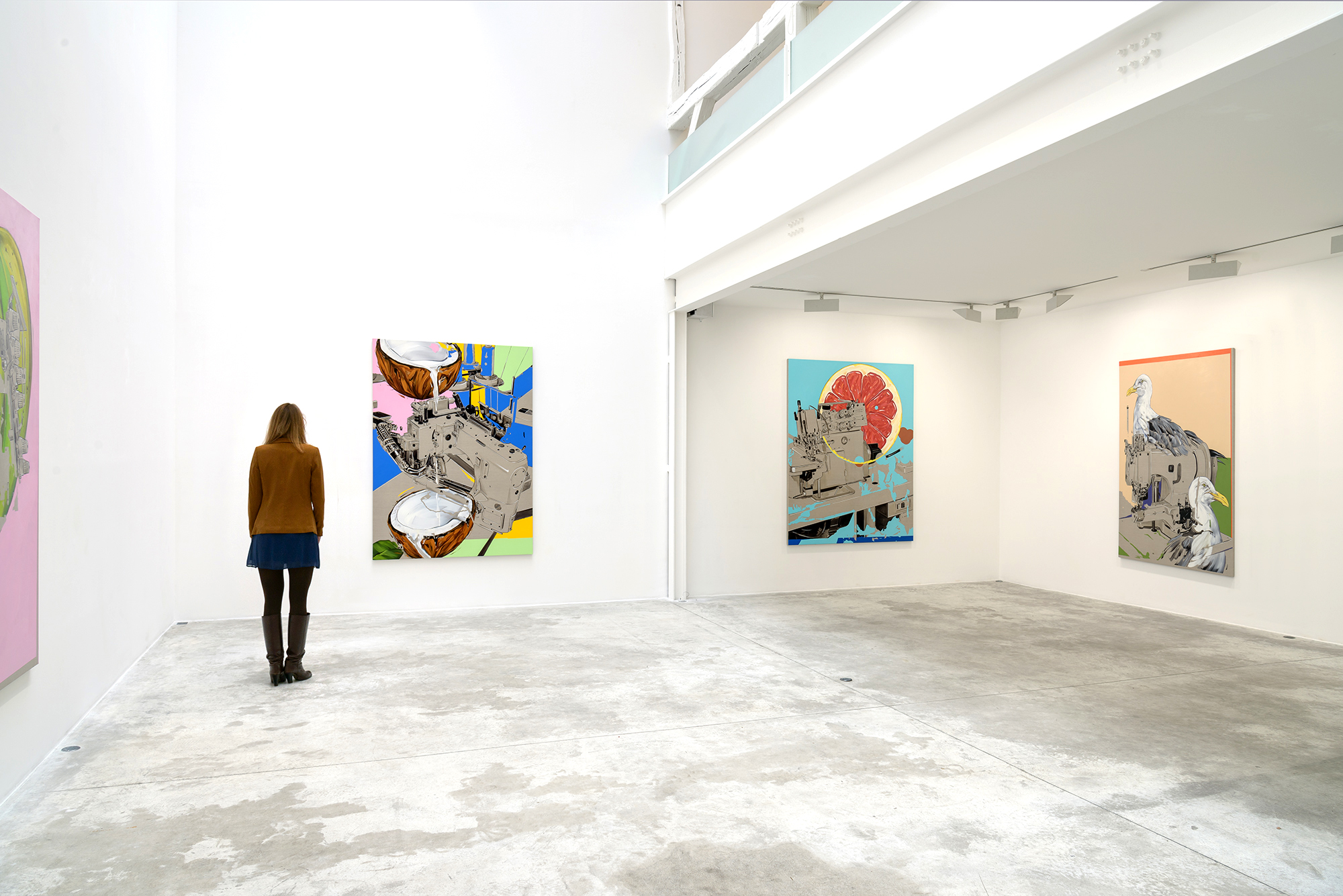 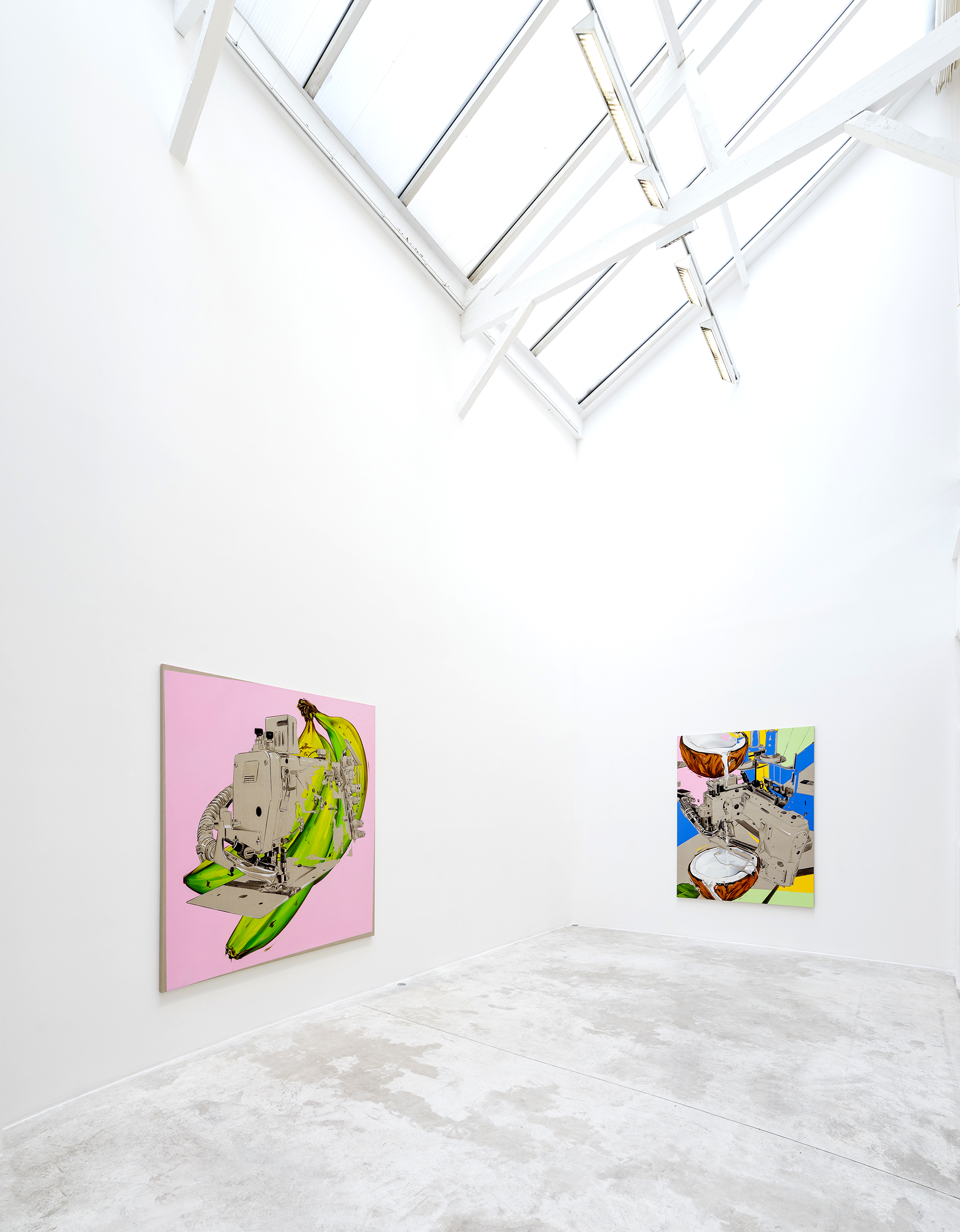 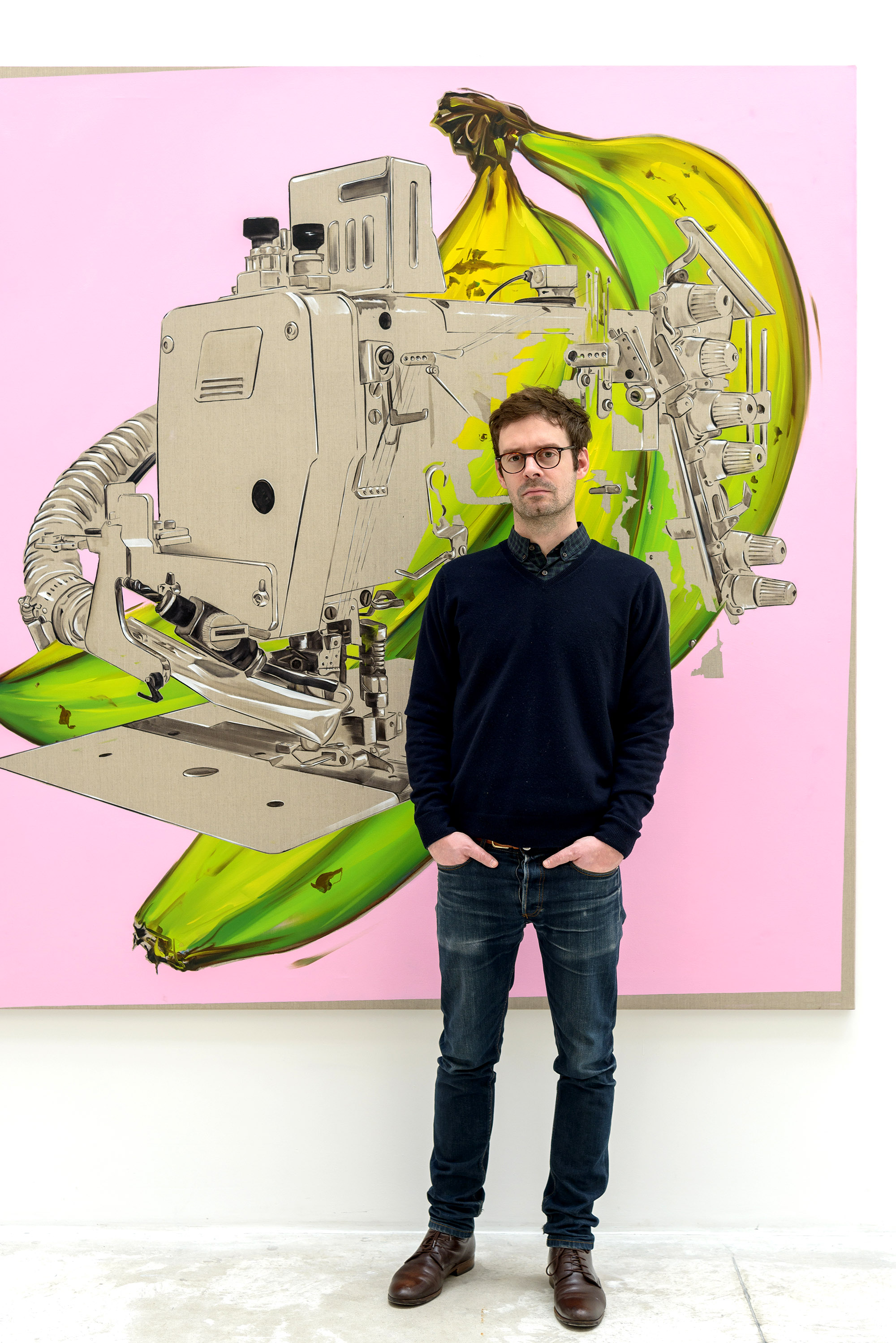 We are very proud to announce the forth solo show of Armand Jalut at the gallery.

United under the title “A piece of lace ”, the paintings produced over the last months by Armand Jalut are marked by the presence of machines , fashioning tools which collide with organic and dietary ingredients: a slice of grapefruit (CLASS AZ8020SD), fried eggs (CLASS W664UT), banana diet (CLASS VFK2560), or coconut (CLASS FD62DRY). The machinist vision interlocks with food that is chromatically flattering but loosely intertwined between the foreground and background. All of it rests in a floating perspective on uniform or striped bases.

A noteworthy iconographic exception sees two seagulls appear (CLASS FW603). If their hood-ornament-like profiles are contradicted by their angularity with the biomorphism of the machine, their brushed feather silhouettes seem to have a head-on stare as their only the goal, simultaneously voyeuristic and authoritative.

These large format confectionaries are the sequel to the “Alain Patrick” series, vast agglomerations of ties of excess finished recently by Armand Jalut. Here different pictorial registers negotiated by him over the last years exchange dialogues, however these registers are reinforced by a particular attention paid to the reserves, to break-offs in treatment and to the effects of transparency which ressemble display problems. There, as before, Armand Jalut’s painting is singled out by his iconography and his style. His catalogue of images and crossed patterns is spread out through forms, treatments and brushstrokes that we would class as excessive and flowery, rather than uncluttered and withheld. However caution is rife, it results from the irreversible desire to continue making images rather than bravado pictorials.

With no nostalgia yet an assured jubilation, Armand Jalut paints images although they are all inexorably migrating towards the screens. Resorting to the scanner and the digital image in the production of previous still life work that he himself described as “the poured out contents of a trashcan, revaluated through the filter of painting.” is finally a simple domestic gesture. Here , arbitrary cuts , sequels of hazardous selections on the graphics palette are appreciated like objective defects that no nudge of the monitor could get rid of.

It’s in Los Angeles*, in the shadow of much bigger screens that he calibrated his recent paintings. However, no “rama” effect or campexcess came out of the intimate company of the Californian capital – a visit, which for this self-confessed admirer of John Waters, could have been of equal worth to a grand tour. It’s in the Californian suburbs, in the dilution of pornographic imagery through the imaginary which is so “next door” that the brand American Apparel has its headquarters that he was first able to quench his visual collection. He then moved up to one of the brand’s factories. In its “sweatshop free” workshops, which are the brand’s pride, Armand Jalut was perhaps seeking the incarnation of natural bodies down to the detail which makes the American Apparel advertisements a success. He came out with mechanical models and industrial references of sewing machines waiting to be met.